THE WORLD OF TOMORROW 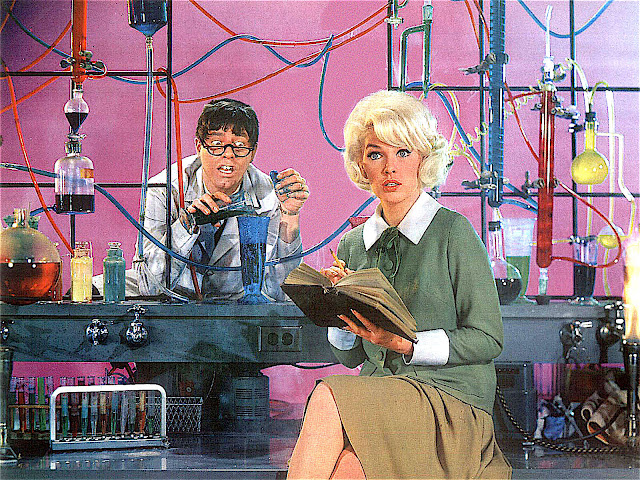 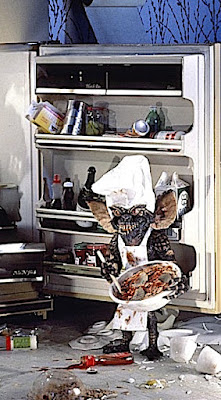 Out of sync
I've decided that technology is most
definitely NOT my friend. One can't
imagine life sans the vast Internet.
However many would be happier sans
all of our "helpers" who only seem to
transform into evil gremlins. Scientists,
engineers, and designers have evolved
our everyday tools into complex cyber
messes. Hence when they're off kilter,
we immediately lose control. Delving
us into the dark ages of a time before
dish washers, ice makers, Blue Tooth,
or Netflix. Nothing seems to work! 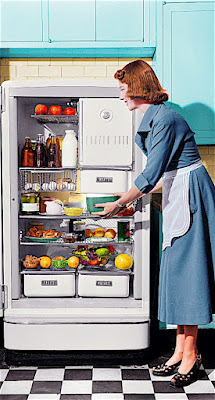 Cool enough for you?
It's hard to believe that it's already been two
years since we moved into the Passion Pit -
our restored historic home. However what's
even harder to fathom is that for the past few
months our theoretically "new" dishwasher
and fridge have been on the fritz. Fortunately
we've found an appliance repairman who we
trust. Unfortunately all of the parts he seems
to need to fix our helpmates must come from
a factory far, far, away. Post Christmas our
ice maker stopped working. Since then we've
had to chill. Eight months later we're still out
in the cold. Actually not. It's still not working. 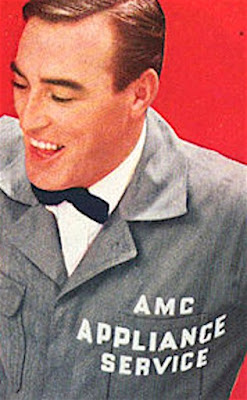 Out of service
The first in a series of appliance gurus
told us our problem was one part. One
very expensive part. So it was ordered
and we waited and waited. Finally he
installed it. Then we waited and waited
but no ice. So I called him again and
again. And we waited and waited. After
two months I called the appliance store
and made a fuss. That afternoon a new
guy arrived on the scene. Quickly he
identified the problem. Then the fridge
computer shorted out. Leaving us and
all of our food literally in the dark. 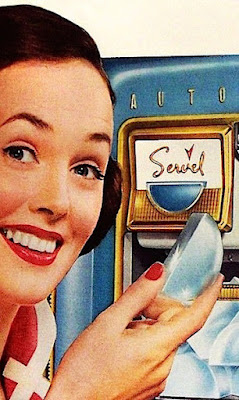 Chill pill
Ultimately he replaced almost all of the
elements in the freezer except the one
new part just installed. Apparently there
is some sort of elaborate electric eye that
senses if and when the ice compartment
is full. Sadly, said eye must have been
blinded by said light as once again we
waited patiently but no ice. So we had
to reorder to mega bucks part. However
as it ships from a factory far away...
you got it... wait for awhile. Thus if for
no other reason this process has been an
exercise in patience. A failed exercise. 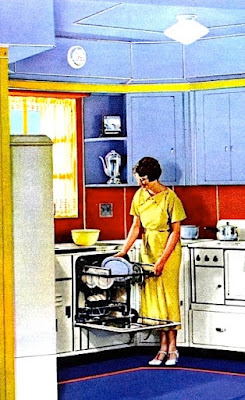 Suspended agitation
Meanwhile our luxe dishwasher also
stopped working. Fortunately our man
with a plan figured it out quickly. You
see again there is an "electric eye" that
senses when the filter is too clogged to
work properly. When unable to see it
shuts the joint down. Ultimately our
hero figured out that sliver of broken
glass was deferring the light. So soon
it was back up and washing. Well, that
was until the top rack broke last week.
And the plastic latch that it's attached
to comes from... you got it, the factory.

Cancelled check
One might assume that all of the above
is almost as exasperating as spell check.
However given I battle with said app on
a daily if not hourly basis I beg to differ.
Honestly, I don't know how one word
turns into another yet often the resulting
communique can be disastrous. One has
to be careful or kind words can quickly
morph into obscenities. It's not my fault
if my nail bitten digits type much like
bratwursts. I may err once in awhile but
it's not because I'm at a loss for words.
Even when I've sent the wrong message. 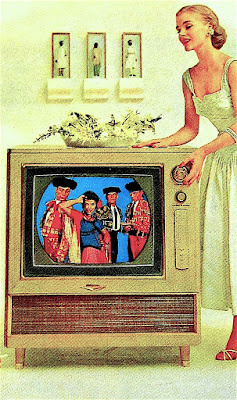 Delayed reaction
We rarely if ever watch network TV. Now
Netflix is my tried and true friend. Sadly
said buddy often has trouble keeping up
with itself. Invariably just when whatever
we're watching is about to hit a crescendo
the "feed" suffers from a digital deficit.
Meaning that the images freeze and then
much like one with Tourette syndrome -
it sputters with indiscriminate bursts that
invariably inspire a profane outburst from
the sofa. Causing at least one viewer to
fondly recall fondling a set of rabbit ears.
And I thought the remote was confusing... 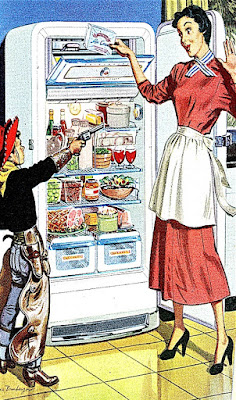 Hold on
Technology rarely behaves as it should. It's
easy to assume that this is due to planned
obsolescence. Especially when the fridge
that Frank's parents bought in the fifties
still keeps things cool. Are the designers
of our conveniences purposefully making
things too complicated? Or do they not
make things like they used to do. I resent
living life on the edge. Knowing that at
any time anything could break means one
can only wait for disaster to hit at any time.
And if or when it breaks - wait and wait
and wait and wait for someone to fix it!
Posted by montanaroue at 4:00 AM