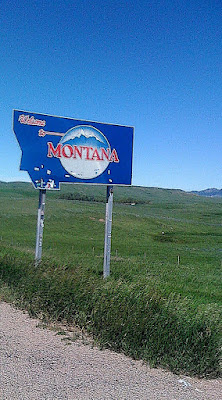 Home away from home
Here in Central Montana we're known for
our glorious summer weather. Sunny low
humidity days accompanied by crisp, cool
nights make it the perfect time to drop in.
Hence for several weeks our community
has had a plethora of return engagements.
Like swallows returning to Capistrano -
former home grown varieties return home
to reconnect with their roots. Some tend
elderly parents, revive family homesteads,
or simply revisit to their favorite haunts.
And finally others attend a blast from their
past better known as a high school reunion. 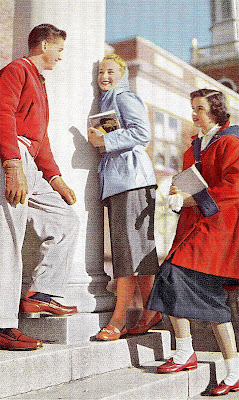 Back to the future
To be honest, the very concept of reliving
one's pubescent years baffles me. I've no
desire to go back to those times which if
nothing else were beyond confusing. The
trials and tribulations of one's teenage era
is rarely the most pleasant of experiences.
Especially for one's parents. Hence I've no
need to harken back to times past when my
only goal was to get out of town as soon as
possible. Yet some seem to only want to go
back to the future by hanging with former
friends. Who in all likelihood have evolved
into a room full of complete strangers. 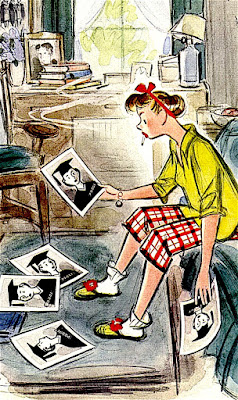 From whence we came
For many high school is the pinnacle
of their success. Meaning that from
then on they coasting on their year
book laurels or bitterly try to not be
seen as failures. In cases like Romy
and Michele's reunion co-horts some
are there to prove a point. Hence they
can't wait to strut their stuff. Be that a
trophy spouse, plastic surgery, or some
other blatant display of success. What
one wonders is whether their audience
of former peers sees anything beyond
the visible results of age and gravity? 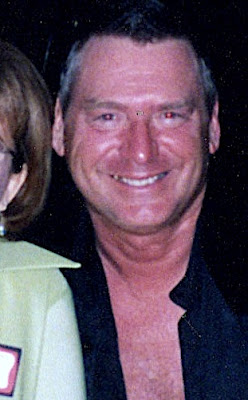 Return engagement
Years ago I attended my one and only
class reunion. In theory I was there to
reconnect with my high school love.
However in reality, I was definitely
there to prove something more. Said
soiree coincided with Fashion Week.
And so I arrived clad head-to-toe in
my best Tom Ford Gucci regalia. I'll
admit that within a sea of middle aged
pablum, I stood out. But that might have
been due to the fact that my shirt was
unbuttoned down to my navel. You see
said event was my coming out party. 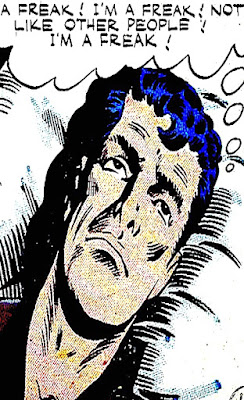 Been there, done that
It's hard to describe what it was like to
grow up in a closet. For many reasons
I felt that my true inclination had to be
kept a deep dark secret. So hidden that
I never considered it my reality. Yet
somehow, I wasn't like the rest of the
guys and... they seemed fully aware of
the truth. Hence for most of my school
days I had frequent encounters with
bullies. Which was fine given I felt that
I deserved whatever I got. Everything
about me was odd thus all I wanted was
to be the odd man over and out ASAP! 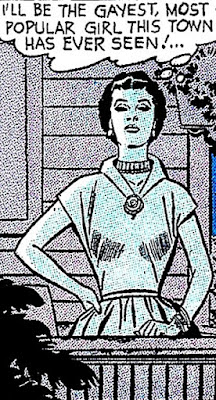 The next generation
Post graduation (two years early) I finally
escaped. Slowly I built a life of my own
unfettered by pre existing conditions. My
world was filled with people of like minds.
And within that nirvana I made life long
friends. Several of whom I still chat with
often. Hence every time my best friend
"T" and I get together - we hold a reunion
of sorts. While those certainly weren't my
glory years, they were the start of a long
string of successes. So maybe I really do
understand why some feel the need to go
home on a periodic basis. It grounds you. 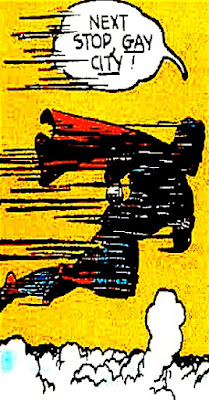 Back and forth
Life is an evolutionary process. Propelled by
whatever DNA cocktail our parents provide -
we each follow a different path to happiness.
In my case I've never looked back. Rather all
I've done is propel myself forward to a better
place. At times I made mistakes. The majority
of which can be directly attributed to the fear
and self loathing that I felt as a teenager. Thus
at least for me, returning to the scene of said
crimes holds no allure. I've no need to revert
to a time and place that I have purposefully
omitted. My only regret is that it took longer
than needed to achieve my manifest destiny. 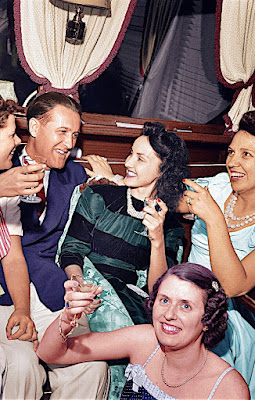 Party on...
However I can't help but envy those of
you who enjoy hanging with your high
school peeps. All of that is proof that
for many reasons you experienced the
opposite during your time in that place.
My only hope is that you collectively
realize just how lucky you are. And that
since said moment in the sun, your lives
have only continued to be even more
fulfilling. So please, enjoy. While some
of your former peers (like me) may not
be with you, I'm certain they're wishing
you the best from afar! HAVE FUN!
Posted by montanaroue at 4:00 AM