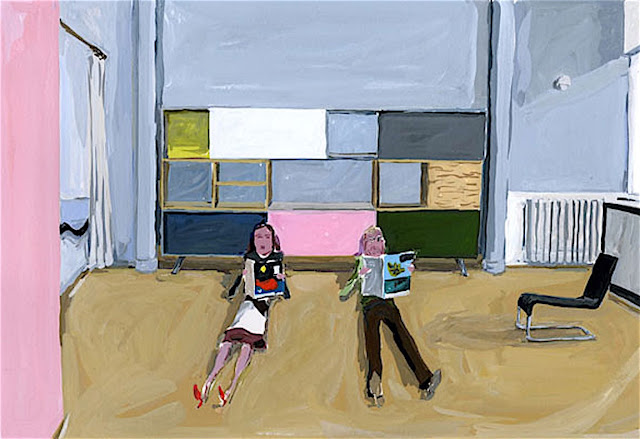 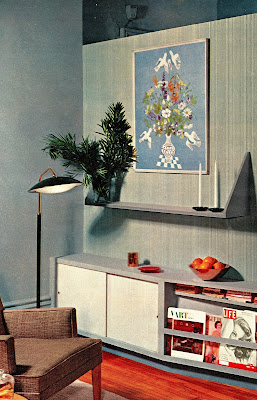 Neither here nor there
Some seem incapable of coloring their
worlds. At least as relates to what they
wear and where they live. Most of us
live in a Restoration Hardware realm
of neutrals. I'm the first to admit that
they're easy to live with given almost
anything goes with them. However by
and large they lack any sense of drama.
In fact given their popularity they've
become decorative pablum. Which
explains why most of us live in a sea
of gray, greige, taupe, khaki, or the
ubiquitous Navajo white. ZZZZZ... 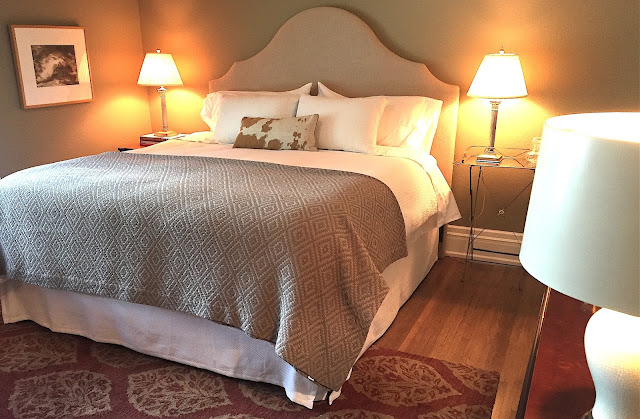 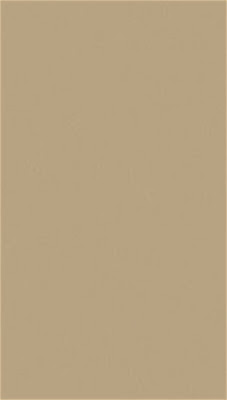 How firm a foundation
We're as guilty as charged with sticking to
proven formulas by and large. For decades
we've painted many rooms in many abodes
Pratt & Lambert's "Edmund's Beige." How
the light hits it can make it appear camel,
taupe, or even appear a dull tone of olive
green. Thus throughout the same house it
always surprises. While definitely versatile,
this neutral is deep and strong enough to
make a statement. Hence it's been one of
our favorites especially for libraries, halls,
bathrooms, et al. And trust me my friends,
Edmund never disappoints in the bedroom. 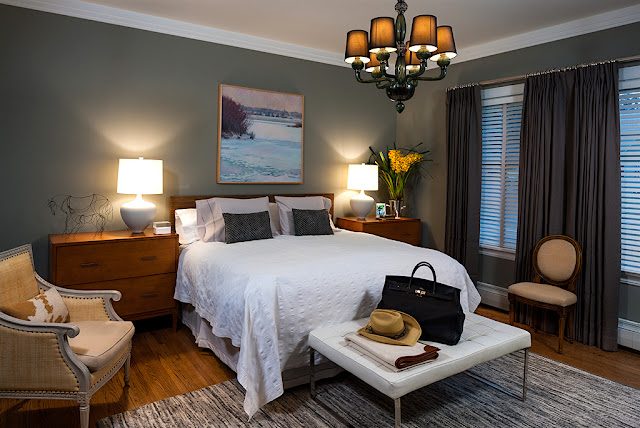 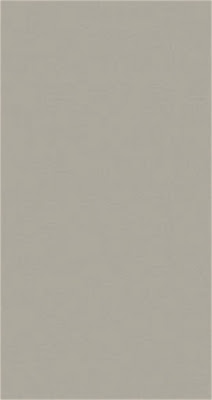 Cool, calm, and collected
Our other one of our tried and true hues is
Pratt & Lambert's "Halftone." This is in my
opinion the perfect gray. And once again,
depending on the light from your piazza, it
can appear warmer or cooler. What's also
quite nice is that it works perfectly with the
in-stock gray tones at Restoration Hardware.
Hence you can easily build a lovely room
by leveraging this old faithful fall back.
Most important is that it always makes a
restful yet elegant statement.  Hence both
our master bedroom and bath plus a guest
suite are swathed in it. 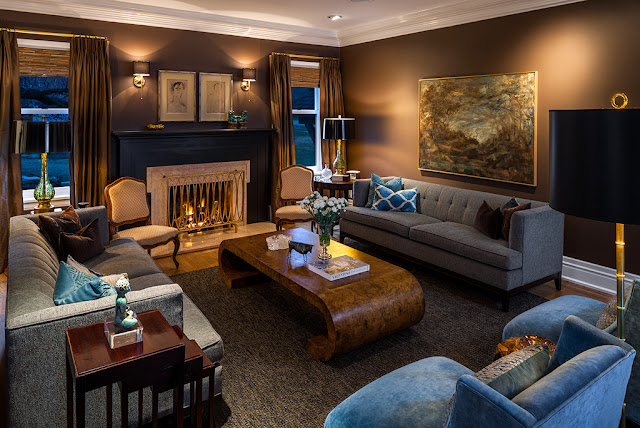 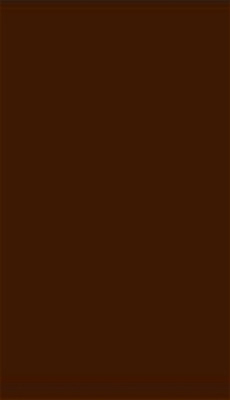 Tobacco row
Like old friends both of the above have
become trusted companions. However
Frank and I have a dark side. Inspired by
the esteemed decorator Mr. Billy Baldwin,
we painted our lakefront Chicago living
room a deep tobacco brown. Sitting within
that space was like being dipped in deep,
dark chocolate. While in truth a neutral, it's
just a bit more dramatic. Therefore almost
EVERYTHING and EVERYBODY looks
fabulous in it. We adored it so much that
since then, we've painted two subsequent
living spaces Pratt & Lambert "Hickory." 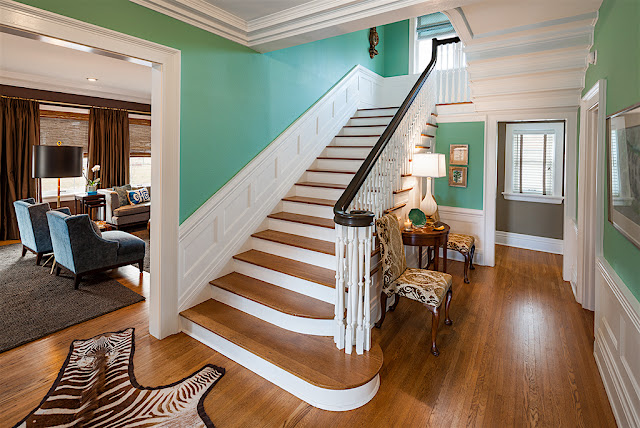 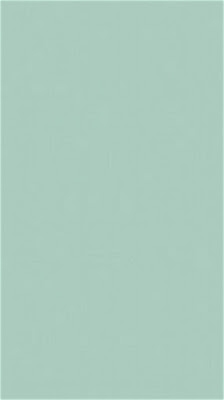 Lesson learned
Everybody needs an occasional wake up
call. Therefore we decided to try a new
hue when we restored our historic home
here in Montana. When we first tested a
few turquoises on the walls of our front
hall, everybody was appalled. Some even
likened it to the elementary greens of our
cold war youth. Ultimately we landed on
what we consider the perfect tone - Pratt
& Lambert's "Italian Blue." Not quite green,
almost blue, it's in essence a rather colorful
neutral. So much so that everybody who
now sees it... loves it! 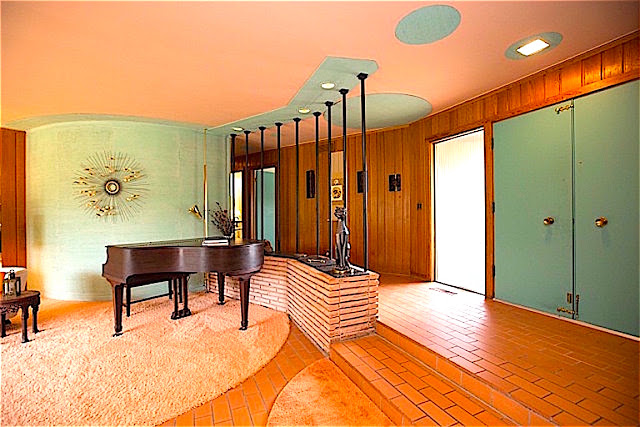 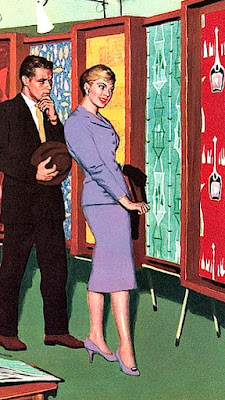 Back to the future
Future generations may consider all of the
above "millennial." Since the beginning
of time society gravitates toward certain
color palettes en masse. Thus like almost
everything decorative palettes go in and
out of fashion. Yet just as frequently return
back into favor. Hence it was no surprise
that while sifting through the debris and
layers of our renovation we came upon
almost the exact same colors we'd chosen
anew. Meaning that what's old is invariably
new again. It just takes a new generation
or two to see it from a new perspective.


NOTE: For the record this blogger does not accept any form of payment for endorsements. Hence while others may receive compensation for mentions, my Pratt & Lambert referrals are based on a history of complete customer satisfaction - nothing else.