A CENTURY OF PROGRESS 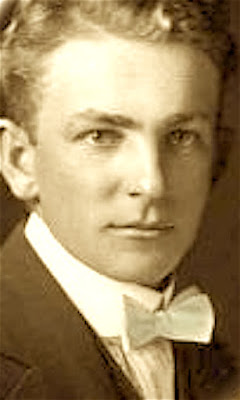 One hundred years strong
This afternoon Frank's family's business
celebrates it's one hundredth anniversary
of operation. John Valach immigrated
from the Czech republic in 1912. After
several years in this country he finally
ended up in Lewistown, Montana. Soon
hereafter John founded the stone masonry
business that we celebrate today. I don't
know about you but I find it amazing
that any organization can last that long.
Let alone still be successful. However
whats even more surprising is that it's
still owned by the founder's family. 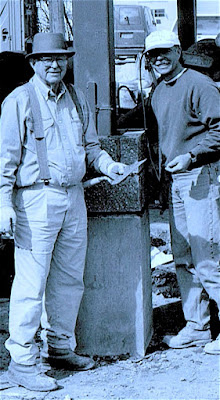 Like father, like son
Let's be honest, many families have a bit of
trouble getting along. Thus the fact that a
third generation dad and fourth generation
son work side by side is something to be
proud of. Think about it... Frank's ninety
eight year old father worked for his Dad.
Later Frank Sr. and son Bob (pictured on
the right) built up that business into the
success it is today. Now Bob, a respected
masonry restoration expert is handing over
his knowledge to his son, Joel (pictured at
top). If nothing else that collaboration is a
testament to the Valach family's strength. 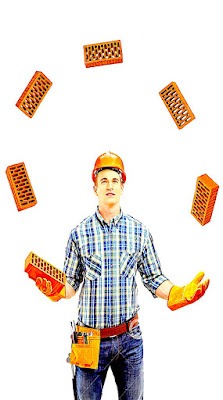 Survival instincts
Running any sort of enterprise in central
Montana is challenging. If you're good -
you're busy. And if you're truly talented -
you're swamped. Hence for any local
to survive for one hundred years they
must be the best. Local weather alone
requires careful and strategic planning.
Add the variables of budget, schedules,
and customer needs. A truly successful
contractor has to be more nimble than
an acrobat. The fact that Bob and his
forefathers have succeeded against all
odds is how this west was won. 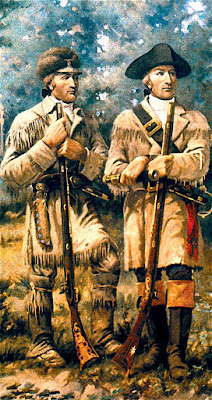 Pioneer spirit
While some of my readers may consider
one hundred years but a brief timespan,
here in Montana we're just a bunch of
babies. Lewis and Clark first traversed
the area in 1806. By the mid nineteenth
century, several forts and outposts had
been established throughout Montana.
However it was beyond a desolate and
isolated place. In 1864 Montana was
declared a U.S. territory. And soon
thereafter gold was discovered creating
an influx of opportunists. It wasn't until
1889 that we finally achieved statehood. 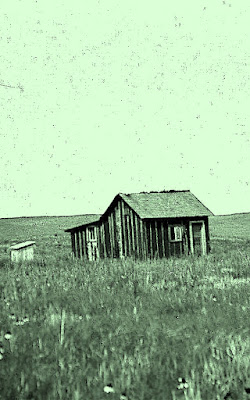 Land of the free and the brave
In 1874 Fort Maginnis was established
near what is now Lewistown. The first
settlers were the Metis - descendants of
French trappers and indigenous people.
In 1880 gold was discovered in nearby
Maiden fueling growth. The railroad
arrived in 1895. And by the turn of the
century homesteaders flooded the area.
In August of 1916 John Valach arrived
in town, Lewistown was at it's peak. A
few years later - drought, low grain and
beef prices, bank failures, and the great
depression changed everything. 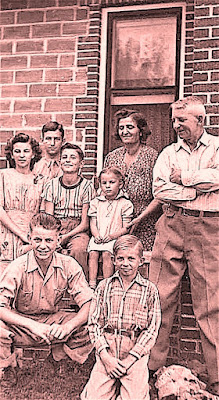 Stronger than ever
During the depth of the depression, Frank's
Dad tells of a year when his hardworking
father only made $200. In todays cash that
equates to about three thousand dollars. So
imagine trying to feed, clothe, and house a
family of ten on $58 a week?! Somehow
they survived. And much like the rest of
Montana slowly built a happy life out of
almost nothing. Those struggles make John
Valach's ultimate success and legacy a true
testament to his bravery, perseverance, and
fortitude. That's more than enough reason to
celebrate! Happy 100th John Valach & Son!
Posted by montanaroue at 4:00 AM