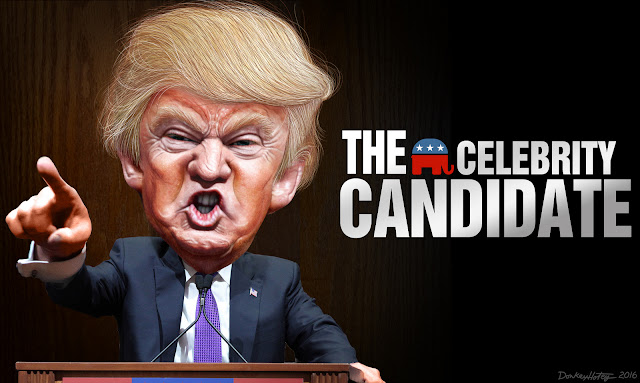 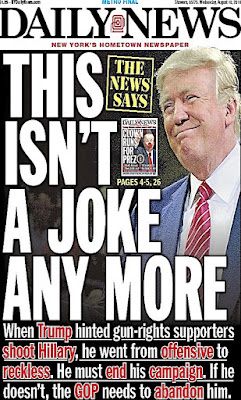 It could happen to you
There are times when even this blogger
surprises himself. I'm not going to go
into the details of the current Republican
candidate for President's last two weeks.
Time and time again he has seemed to
purposefully make offensive or divisive
statements. Only to later claim said God
awful gaffes were taken out of context.
The oddest thing is, I can totally relate
with Mr. Donald J. Trump. You see, I've
often made public statements that were
later misconstrued. Which is why I will
never be President. Nor should he... 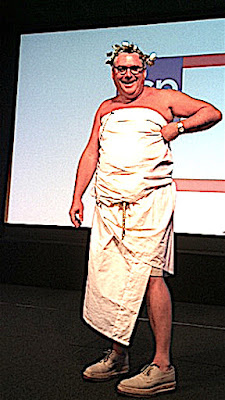 Public indecency
We all can play the fool to our advantage.
I long ago learned that self deprecating
humor can break the ice in a corporate
environment. Most folks simply want to
be sure that whoever is in charge is actually
just one of the guys (or gals). Therefore at
times I've done all sorts of silly things in
order to gain their trust. Be it a lame' thong
and cobalt blue fur chubby (and little else)
or an unstable toga. Ensembles aside, most
of my gaffes come straight from my gut.
Hence over the years I've at times been the
Human Resource team's worst nightmare. 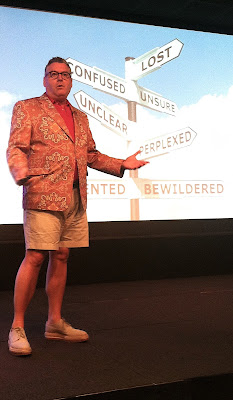 Free and easy
Like most extroverts, I tend to shoot straight
from the hip. Being able to stand before any
group, anywhere, anytime sans little to no
preparation has been to my benefit. Yet at
times I've inadvertently crossed the line of
propriety will speaking off the cuff. Hence
whether intentional or not, I have offended
folks in ways that I'd no idea were possible.
Invariably people take things out of context.
However at times some of my audience took
what I said literally. Hence a flippant joke
was deemed a statement on record. Which
later I couldn't talk my way out of. 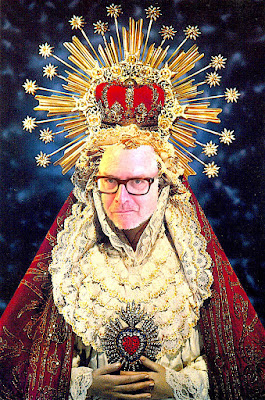 Oh... my... God...
My intentions were always good as all
I truly wanted to do was get my point
across. My mistake was assuming that
the audience got my jokes. That was
the error of my ways given my charm
was not good enough to get away with
anything. The fact is that everyone was
NOT on my side. Nor did they assume
my intentions were sincere. Hence they
were sitting there waiting for me to give
them some reason, any evidence, that
I was as evil as they wanted me to be.
Thus their perception was my reality. 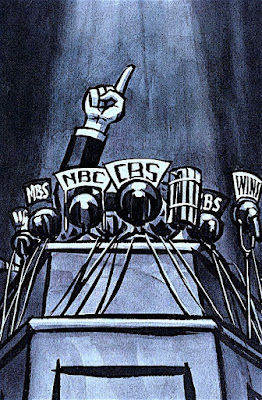 No... not I
Like most adults, I learned to leverage
my strengths and weaknesses. In part
that included tempering my tendency
to spout off at the drop of a hat. In part
media training enabled me to know
when to keep my mouth shut. That and
a couple of candid chats with my boss.
Deep down I knew that chances were
I might say the wrong thing. Which is
why I've never wanted to be in politics.
Said vocation requires the ability to
decisively plan, posture, and as needed
pounce. Rather than jump at the chance. 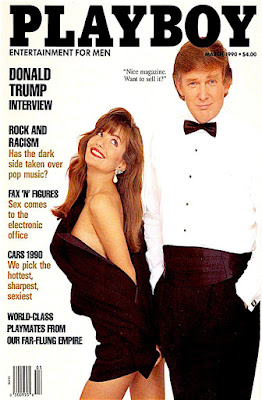 Land of opportunity
Caprice has always been my friend.
Thus while not as adept at leveraging
a situation as "The Donald" - making
the most of an opportunity has often
been to my benefit! All of the above
is why in some odd sort of way I can
understand Donald Trump's frustration
with being misunderstood. However
the difference is that whether or not
he meant it, as a Presidential choice
everything he spouts is on the record.
Thus even if he wants to erase what's
been said, he can't make it go away. 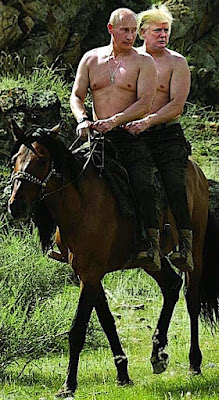 Smart enough to know better
I'm never going to sit across a table from
Putin, Rivlin, or al-Assad. Nor will my
finger ever be poised above the dreaded
red button ready to prompt some nuclear
holocaust. If I have learned anything it's
that good intentions aside, I'm simply not
worth the risk. While completely sincere
and more than trustworthy, I accept that
I lack the fortitude to insure that I would
never act on impulse. Hence whereas in
business gambling invariably pays off,
a world leader can't risk the lives they
serve simply due to "gut" instincts. 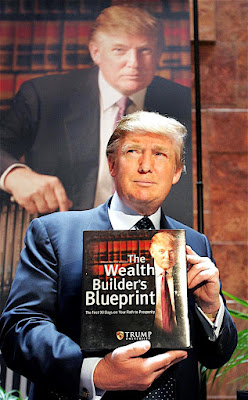 Adult education
Therefore like it or not, Mr. Trump and
I are two of a kind. Which at least in
theory gives me cause to caution any
and all about trusting such a guy with
our collective future. If nothing else
he is inconsistently consistent. Donald
Trump has proven time and again that
he has virtually NO filters. And that if
backed into a corner he will do or say
whatever it takes to turn the tide back
in his favor. Hence I worry about how
his trial and error approach would fare
within the arena of world politics. 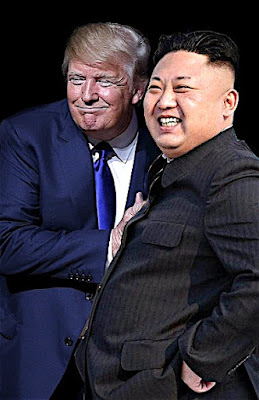 Double trouble
Let's assume that Donald Trump doesn't
mean exactly what he says. Some may
be willing to give him the benefit of the
doubt. The problem is not us - but those
out there looking for a fight. History has
proven that when you pit one sociopath
against another, we ALL lose. So what
happens when Kim Jong-un and Donald
Trump get into an argument?  One or the
other just might literally blow their top.
Do we really need a nuclear holocaust
to finally realize that not everybody can
nor should be President?!
Posted by montanaroue at 4:00 AM