Climbing up the wrong tree? 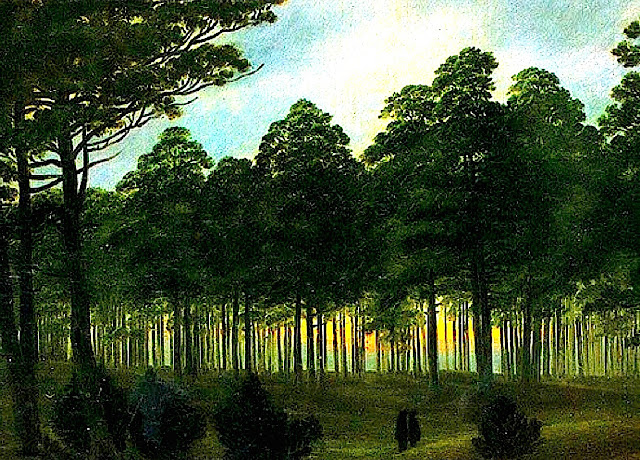 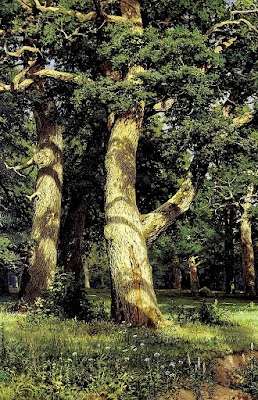 Trunk call
Growing up in the northeast - we were
never at a lack for trees. My youth was
spent frolicking beneath the canopy of
gigantic multi-trunked oaks where the
only danger was being hit on the head
by falling acorns. Yet I must admit that
upon arriving in Montana - I found her
wide open spaces more than appealing.
Beyond conifers and a very few native
deciduous exceptions - there aren't many
trees in these here parts. Hence we local
tree huggers ask our community to leaf
them in peace to grow and prosper.. 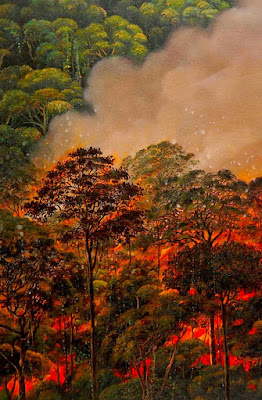 Hot enough for you?
Summer's fires have kept us in a haze.
So much so that now politicians are
calling for increased logging in order
to solve said burning issue. However
according to a government "Incident
Management Situation Report" - as
of September first, 8,202,557 acres
had burned in U.S. wild fires. To put
that in context, in 1930 and again in
1931 50,000,000 acres of forest were
fried per year. In addition, between
1929 and 1939 the average annual
acreage under fire was 30,000,000. 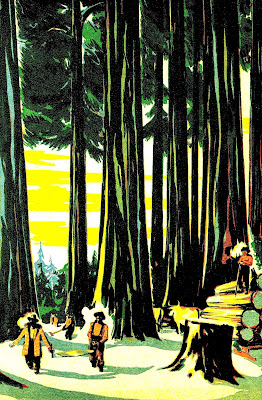 Smoke screen
Much like most anti-enviromental
issues involving politicians, our
current tinder box is simply smoke
and mirrors. In addition - a recent
scientific study published in Nature
shows that scientists have grossly
underestimated the number of trees
on our planet. Rather than the 400
billion previously thought - our
planet is home to over 3.04 trillion
trees or 422 per human. However
there are 46% LESS trees now
versus prior to humanity's arrival. 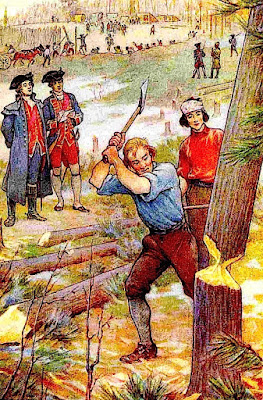 Chop chop
Which means that since the dawn of
man we've all been slowly chipping
away at the lungs of our planet. Not
only did we cut down said trees, but
for centuries we burned whatever
was left of them. And where there's
smoke... there's fire. It's no wonder
we're experiencing climatic change.
Sadly, we did it to ourselves. While
some earnestly attempt to replant
what's been lost - the odds are agin
us. All the more reason to protect
our leafy friends before it's too late. 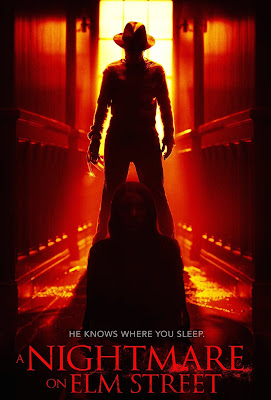 Stump speech
It seems that everything happens much
later here in Lewistown. While Dutch
Elm disease decimated established
trees across the east long ago - just
now we're dealing with said disaster.
Across town folks are toppling massive
trees that have either died or have been
deemed beyond redemption. However
is that really necessary? Given most
locals prefer wide open spaces and
seem to abhor the idea of doing yard
maintenance - could said destruction
be an excuse to cut to the chase? 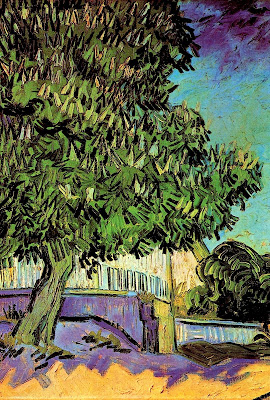 Family trees
The Passion Pit has a most beautiful
Horse Chestnut in the backyard. At
least a century old, it's wide arching
branches create a shaded oasis from
the harsh central Montanan sun. In
addition we also have two gigantic
Ash trees along the side of the house.
Again, their shade provides shelter
and protection from the summer heat.
Simply put - they are magnificent. So
rather than participate in the deciduous
decimation we plan to do whatever is
necessary to love and protect them. 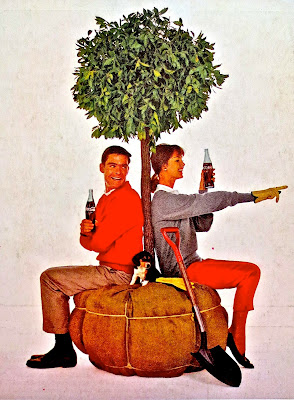 Arbor Day
Several enlightened residents of
our historic district found a way
to SAVE their elms, ashes, and
other endangered species. While
I prefer to do everything locally,
sometimes one must reach out to
find redemption. And fortunately
said property owners discovered
and secured the expertise of an
esteemed arborist from Helena.
For a year he has nurtured and
saved their trees from extinction.
Proof you need not chop and drop. 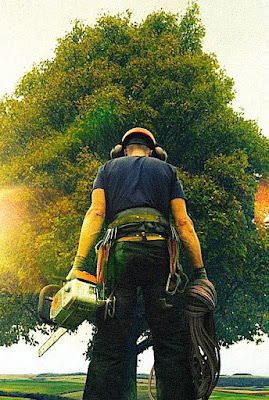 A cut above
As fortune has it, we met said knight
in green armor. After much begging,
pleading, and negotiation John, the
"Tree Doctor" has agreed to take on
our trees as patients. Post providing
sustenance - John assures us that our
trees will also resemble Bonsais after
he gives them a trim. And while said
activities are more than a bit pricey -
they're well worth the investment.
After all, it took them a century to
rise to the occasion. So why would
we cut their time here on earth short?
Posted by montanaroue at 4:00 AM