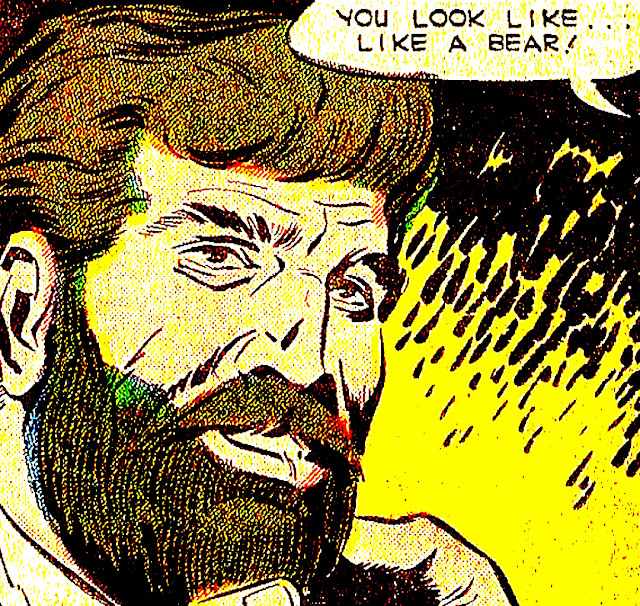 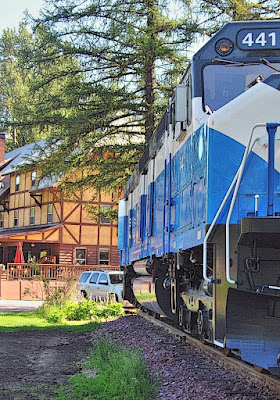 Whistle stop
Frank and I decided to travel north
for a few days. Here on the edge of
Glacier Park fall has arrived which
means it's chilly. We're staying at
the Izaak Walton Inn. Our temporary
abode is a former locomotive which
has been converted into a suite. It's
two "rooms" are quite cozy and the
perfect place to escape from life's
challenges. Thus we've been doing
absolutely NOTHING. And given
our rather isolated location... that's
pretty much all there is to do! 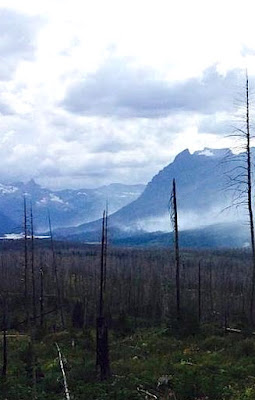 Bare facts
As you may know - just a few weeks ago
Montana was fighting several forest fires.
One burned up to within less than a mile
from here. Hence once you go beyond
our hotel property, things are desolate.
There is something amazingly beautiful
about the decimated forest. Oddly nature
is more than prepared for the devastation
and hence a few years from now, what is
now barren will be once again be full of
new life. In the meantime... everything
wild is wandering about searching for
a new home including lots of BEARS. 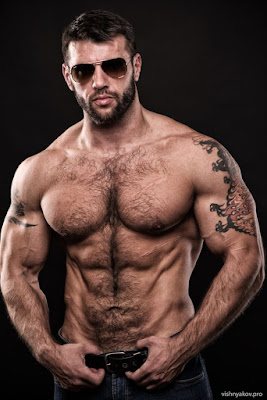 Native species
Which brings me to the subject of
today's blog. In the gay world there
are a multitude of classifications for
gentlemen and ladies. For Lesbians
it's easy - you're either a "lipstick"
i.e. feminine - or "butch" i.e. a bit
masculine. Given boys will be boys
the monikers go much further. There
are "Daddies" i.e. gents of advanced
vintage. Then "fems" i.e. softer and
gentler types. Or guys who prefer
"leather".  And then the "BEARS"
i.e. hairy, brawny, and burly types. 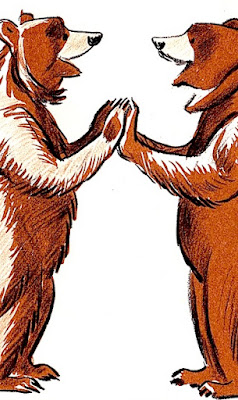 Lay of the land
When one lives in a city it's rather easy
to discern who is who (or what). Most
especially on a Friday night. However
once one ventures beyond the edge of
the concrete jungle identifying species
becomes much harder. City "Bears" sport
a rather distinctive uniform. Tight flannel
shirts buttoned low with sleeves rolled up
high to expose overly hairy chests, pecs,
and forearms. Cargo pants or shorts with
work boots and socks are also de rigueur.
The problem is here in Montana almost
every guy dresses and looks like that! 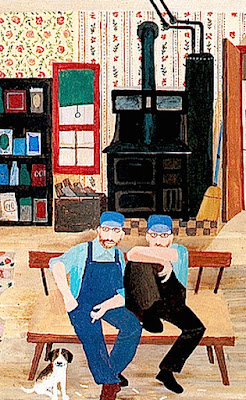 Natural phenomena
Then you have the boys who like bears
better known as "otters." While usually
as furry, they're slimmer, trimmer, and
often more diminutive versions of the
objects of their affection. Once again
here in Montana it's almost impossible
to tell the queers from straights. While
I'm totally for equality, I must admit that
I find the metro-sexualization and beards
of the younger male population totally
befuddling. All of a sudden everybody
looks gay. Which bodes the question -
How does one tell one from another?! 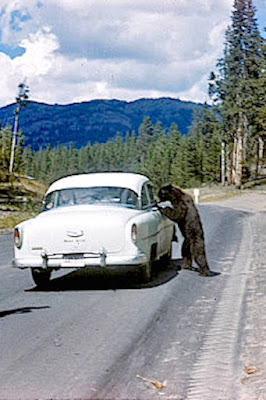 Grin and bear it
Sadly my "gaydar" is broken. We live
in a much kindler and gentler world
than prior. However that doesn't mean
one should back a theoretical "bear"
into a corner - as he may turn on you.
The fact is one must be ever vigilant
in these days of manscaping. Or else
you risk offending someone or being
beaten up quite badly. And so, while
we travel north we'll tread lightly and
carry big sticks. All in the hope that
the natives will bear with us as we
trod their happy hunting grounds!
Posted by montanaroue at 4:00 AM