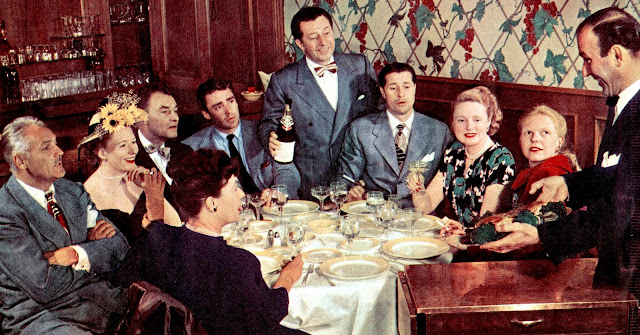 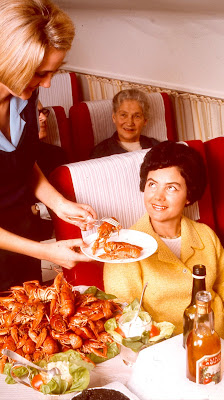 Do not disturb
Sometimes we all need a gentle reminder of
just how good life is. Often while traveling
one gets a chance to gain a new perspective.
However while there is anonymity to travel
it's actually an intimate experience. Getting
from here to there, disparate strangers are
thrown into a messy milieu. Thus even if
it's highly improbable that you'll see said
companions again, they catch a glimpse of
a side of you that you probably prefer was
kept private. Given turnabout is fair play,
one can innocently become a surreptitious
peeping tom. And oh... the things you see! 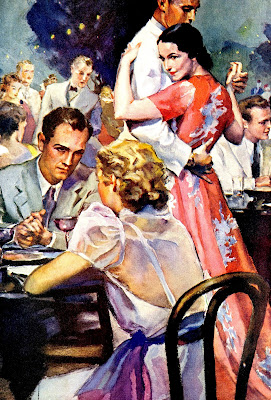 Too close for comfort
The primary benefit of over exposure
to other's lives is that it puts yours in
context. Suddenly your problems are
not as bad as they seemed. The other
night Frank and I dined at our hotel.
Given the season was basically over,
the room was sparsely populated.
Thus one couldn't help but overhear
the conversations at adjacent tables.
One couple found the weather chilly.
Another argued over the bill. All as
a pretty Swede and randy Canadian
brazenly canoodled in the corner. 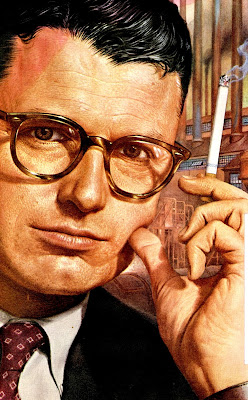 Suddenly single
Being gay, we're usually the only odd
fellows in the joint. Hence if others of
our ilk join the mix we take notice. An
obvious member of our tribe entered
the restaurant solo. Post being seated
he announced that his "partner" would
be down shortly. Then he waited... and
waited... and waited. After our dessert
it became obvious that his dinner date
was missing in action. Given all good
things must come to an end, closing
time drew nigh. Thus said suddenly
single man reluctantly ordered dinner. 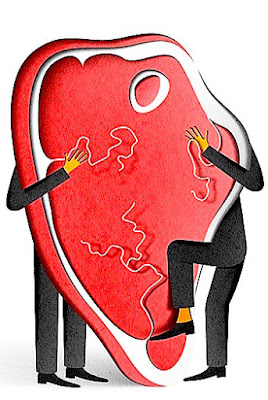 Where's the beef?
While misery loves company, watching
such a domestic drama playing out in
public makes everyone uncomfortable.
Realizing the kitchen was closing our
spurned lover ordered what seemed to
be his partner's last supper. And while
it wasn't steak, it was obvious someone
was having a cow. Soon thereafter the
reluctant debutante arrived with obtuse
excuses. Something was obviously off
between those two. Which reinforced
just how blessed Frank and I are given
we rarely have a beef with each other. 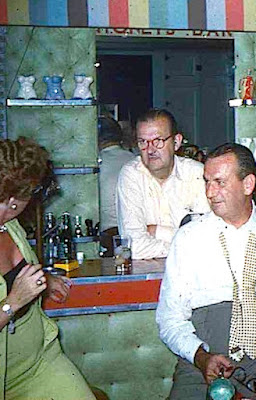 Something to stew on
We all lead by example yet for some
that involves airing one's dirty laundry
out in public for all to see and hear.
So why do such bad things happen to
good people? After much observation
I've come to the conclusion that the
primary reason for collateral damage
is alcohol. Raised glasses usually lead
to raised voices - be they celebratory
or predatory. Being slurred in public
is humbling enough. However when
it's delivered in a drunkenly slurred
manner... it's the ultimate insult. 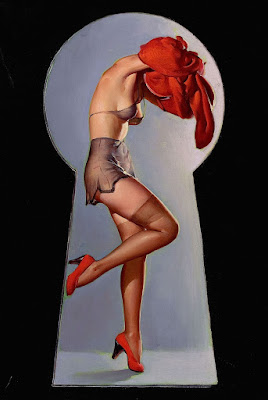 Do not disturb
Less is more. Your business is really
nobody's but yours. Therefore it's best
when things are left unsaid. While we
all learn from another's misfortunes,
there has to be a better way. Rather
than blowing your top in front of an
audience, do so behind closed doors.
Given six degrees of separation - the
odds are against you that somebody
listening knows someone you know.
So please... keep it private and don't
forget that includes all public venues.
Especially social media.
Posted by montanaroue at 4:00 AM