GOING OVER THE EDGE... 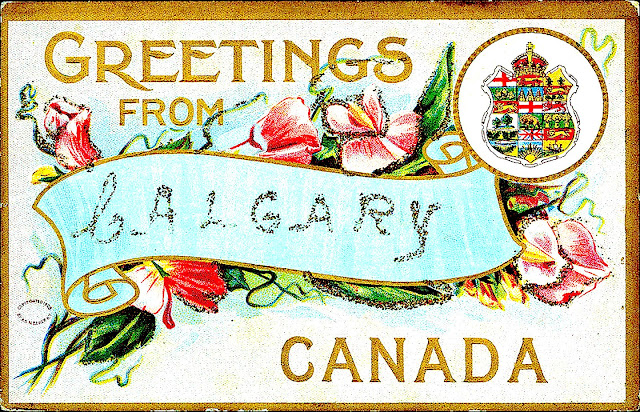 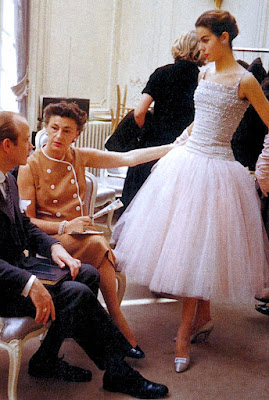 Price of entry
Maintaining one's prior standards
in an isolated locale often requires
drastic measures. Elsewhere one can
easily pop over to Whole Foods and
fulfill their organic desires. Whereas
we must hunt through an Albertson's
filled with processed GMO food to
find anything healthy. Hence Central
Montanans are used to putting extra
effort into getting anything out of the
ordinary. Even if means driving 400
miles...  to a different country... in
order to get one's vehicle serviced. 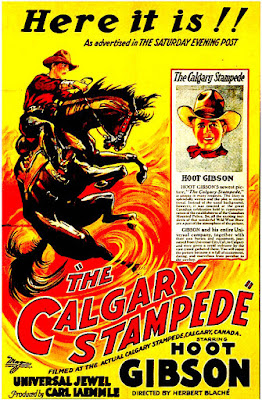 Come n' get it
When we finally decided to settle in
rural Lewistown Montana we had no
idea how easy AND tough it would
be to live in the manner we'd become
accustomed to. Our basic needs are
easily fulfilled. And as we dragged
most of what we had along with us,
our home is more than comfortable.
There's little we lack for yet getting
what we don't have requires a bit of
hard work. Thus occasionally reality
gives us a bitch slap. And that is why
we're here visiting Calgary, Alberta. 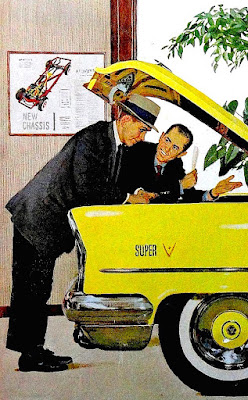 A different hood
It used to be easy to own and service
an imported luxury vehicle wherever
we lived. Now maintaining said mode
of transport is challenging. We drove
it to Lewistown without thinking. Yet
as days, weeks, and months progressed
it became obvious the car needed help.
Well... that's what that "service" light
kept telling us. Our local mechanic
can do many things but some are far
beyond his jurisdiction. Therefore we
had to venture to the nearest dealer
who was 423 miles away in Calgary. 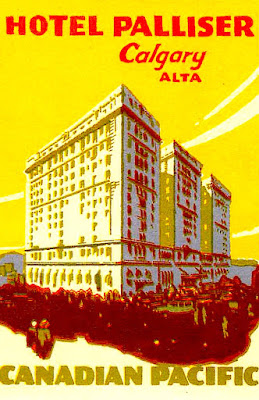 Ready and waiting
Frankly I've always found Canada rather
fascinating. Driving across Alberta's vast
prairies it all seemed quite familiar. The
only difference was that every sign was
in kilometers not miles. When we finally
arrived in Calgary I must admit to shock
at it's scope and civilized sophistication.
Our historic hotel is more than lovely.
And less than a few blocks away sits a
Holt Renfrew that gives Neiman Marcus
a run for their money. Oh... and did we
mention the favorable exchange rate...
and the sushi? This city is the real deal! 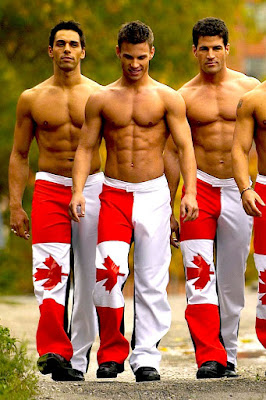 Different yet the same
Why are Americans so arrogant? Much
like my Mother we assume the world
begins and ends with us. However our
rather myopic perspective only limits
our possibilities. So, while our car is
being put back into shape - we're both
enjoying our time in civilization. Here
in Calgary everybody looks familiar.
You see, city folks are pretty much the
same worldwide. They know how to
dine, dress, and live at a higher level.
While here we plan to do our best to
get a dose of what we've been missing. 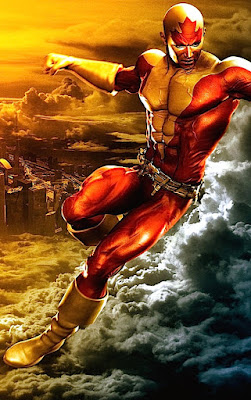 Foreign influence
The fact is Canadians are taking over the
world. Almost every program on HGTV
is filmed/produced in Canada. Many of
our celebrities hail from the true north
including Keanu Reeves, Pam Anderson,
Eric McCormack (Will), Michael J. Fox,
Jim Carrey, Mike Meyers, Dwayne "The
Rock" Johnson, Matthew Perry, the list
goes on and on. The fact is we've all been
smoking the maple leaf for sometime only
we didn't realize it. Could the Canadians
be taking over the world?! Is that a bird
or a plane or... CAPTAIN CANUCK?! 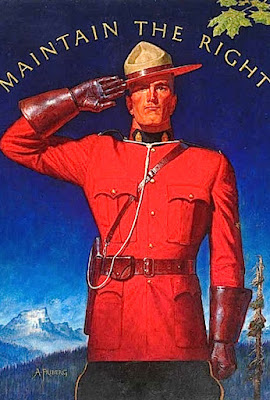 You betcha
What stands out as we stay in Calgary
is the civility of this place. Residents
are all rather elegant, well mannered,
and stylishly dressed. Which proves
that even if one resides in an isolated
locale - one needn't compromise one's
standards. And so this rather old fish
out of water will continue to live like
a gentleman in the wilds of Montana.
There's simply no reason why that we
can't be civilized. After all, we must
all do our best to "maintain the right".
Now what do you think aboot that?!
Posted by montanaroue at 4:00 AM