JUST AROUND THE CORNER 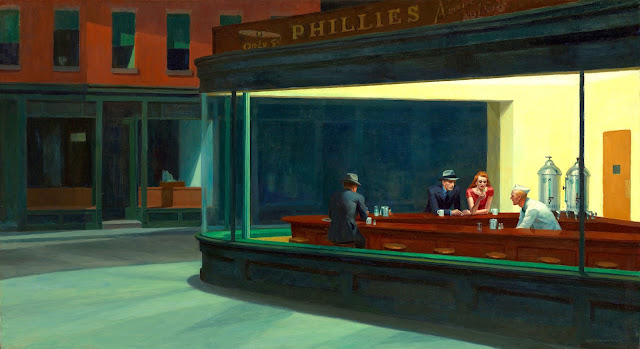 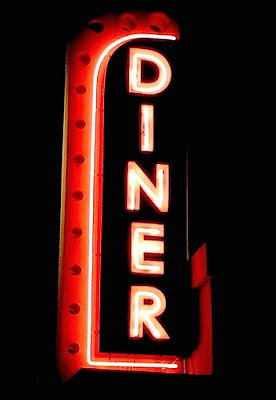 Come and get it
Growing up in the northeast I became
accustomed a local phenomena better
known as the "diner." Coffee shops,
greasy spoons, and other culinary hole
in the walls aside - diners are survivors
whose tenuous existence seem now to
be limited to mostly urban locations.
Personally, they're all Greek to me.
As most that I've adored were run by
those of Greek extraction. Pastitsio,
souvlaki, and roast lamb were always
on the menu. Day or night you were
certain to get a good hot meal - cheap! 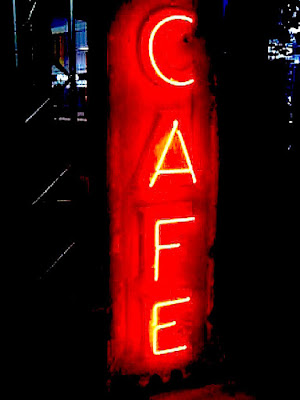 Gone but not forgotten
There's little as comforting as the
knowledge that comfort food is
ready and waiting 24/7. Yet sadly,
that's not the case in Lewistown.
For years we dined at the Empire
Cafe. Everything dished out was
close to homemade including any
waitress diatribe.  The daily deal
never hit above ten bucks which
included soup or salad bar, entree,
dessert and coffee or tea. Maybe
that's the reason they finally went
out of business. Check please! 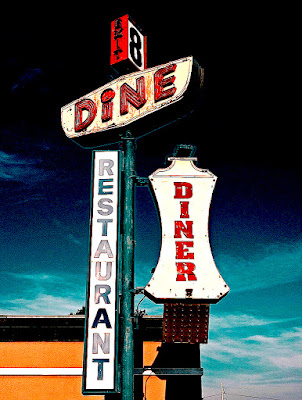 Just like mother made
There are still a few places where
one can grab a decent meal. But
we lack a locale for a true diner
dinner.  Oddly most remind me of
my mother's kitchen in the wrong
way. Obviously everything comes
out of a can or package including
the gravy. Most edibles are either
deep fried or cooked far beyond
recognition. And don't even try to
ask for a rare burger. Any slab they
slap on your bun was just recently
petrified in a subzero food factory. 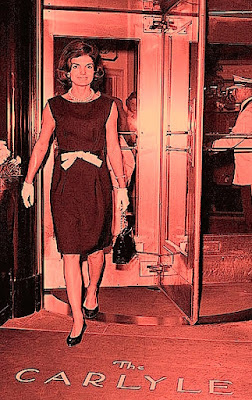 Home sick
It's a rare occasion when both Frank and
I miss Manhattan at the same time. Last
Sunday was a crisp, glorious, early fall
day. Exactly the type of weather we used
to adore in the city that never sleeps. Our
normal Sunday routine started with mass
at St. Ignatius Loyola on Park and Eighty
Fourth. Post spiritual renewal, we took a
leisurely stroll down Madison Avenue -
shopping and dining along the way. Of
course we had our favorites - The Carlyle,
The Mark, Amaranth, or chicken livers
at Fred's. Oh those were the days... 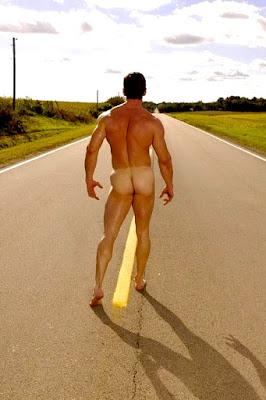 Afternoon delight
Here in Lewistown one could stroll
our downtown or trail system. Yet
it was a rather brisk day. Hence like
most Montanans we took a ride. As
we were out and about - Montana's
big sky dazzled even post my many
years in these here parts. After we
drove through the semi abandoned
hamlet of Kolin we suddenly were
very hungry. Given it was "late" for
dinner (in Montana that's 6:00 p.m.)
We decided to nibble on something
along the road on the way home. 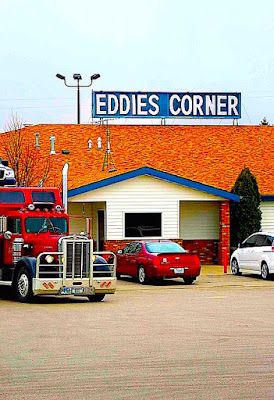 Supper club
And that's when our culinary pursuits
turned a corner - Eddie's that is.  This
truck stop, motel, camp ground, hair
salon, laundry, showers, convenience
store, and cafe sits on the intersection
of highways 87 and 191. Located in
Moore (pop. 191), many Lewistown
residents drive out there for a meal.
Yet Frank and I had never tried it. So
soon we were seated in it's utilitarian
dining area with menus in hand. Who
knew that nirvana had been waiting
just up the road less traveled? 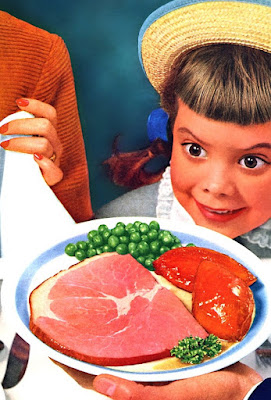 I ham what I ham
Beyond being the closest to a diner
we've seen in Montana, it surpassed
our expectations.  The Sunday special
was a baked ham dinner with choice
of potato, vegetables, rolls, salad bar
and dessert - all for $13.75. While
certainly not gourmet in any way, it
was damned good. Mostly because
the meal was simple and made on
the premises. And thus we've finally
found a decent place to eat. Which
even at twenty miles away... is more
than worth the ride. Bon appetite! 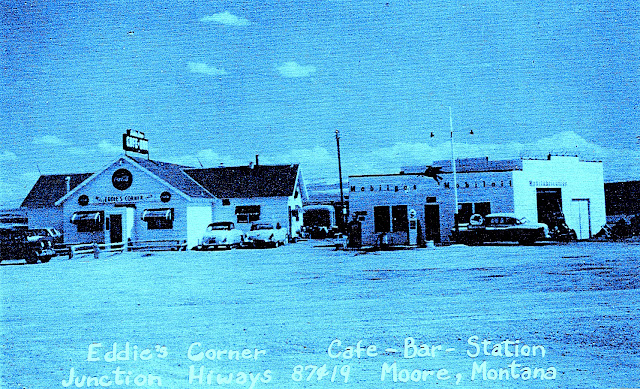