The ultimate cure for what ails you 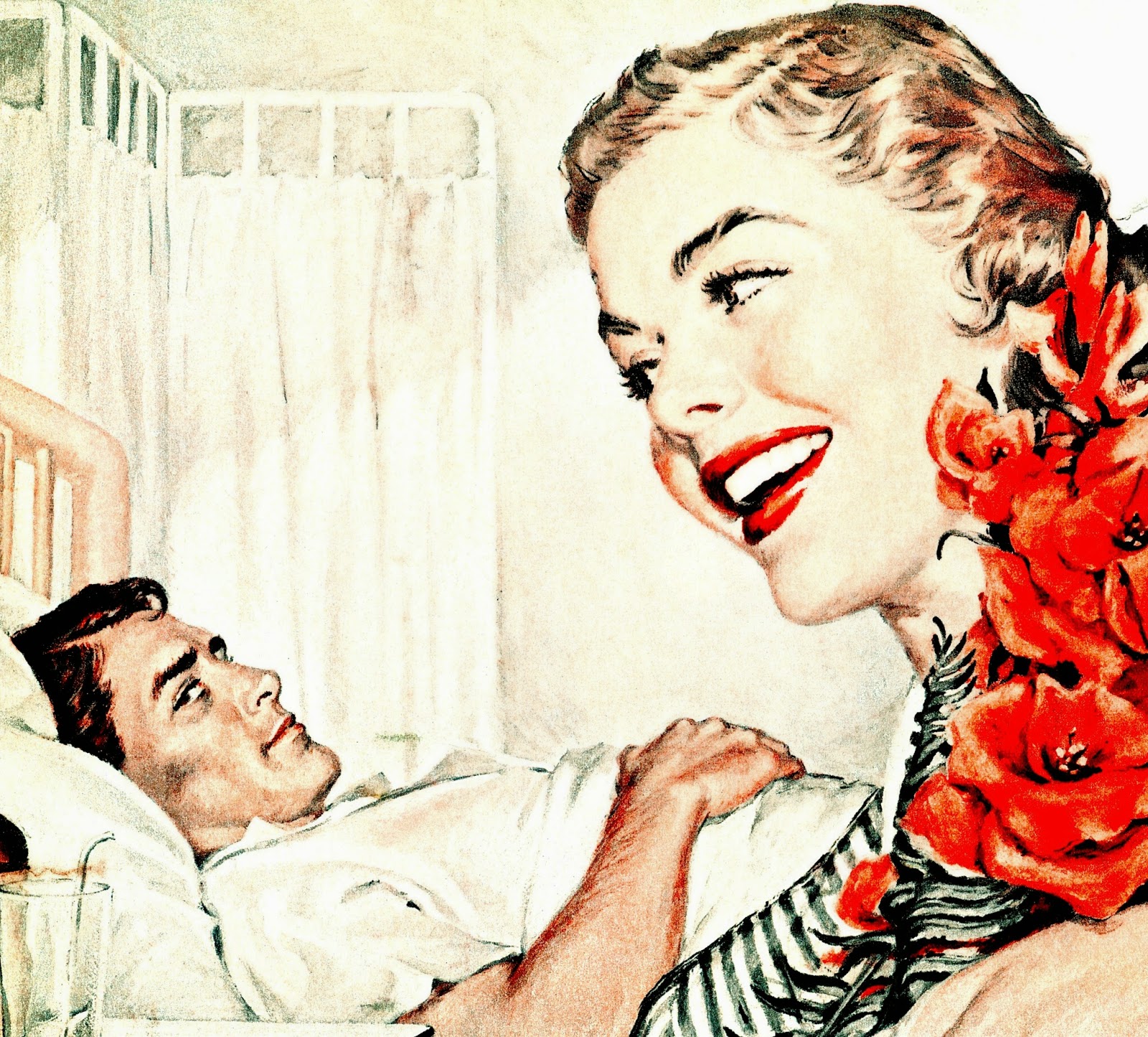 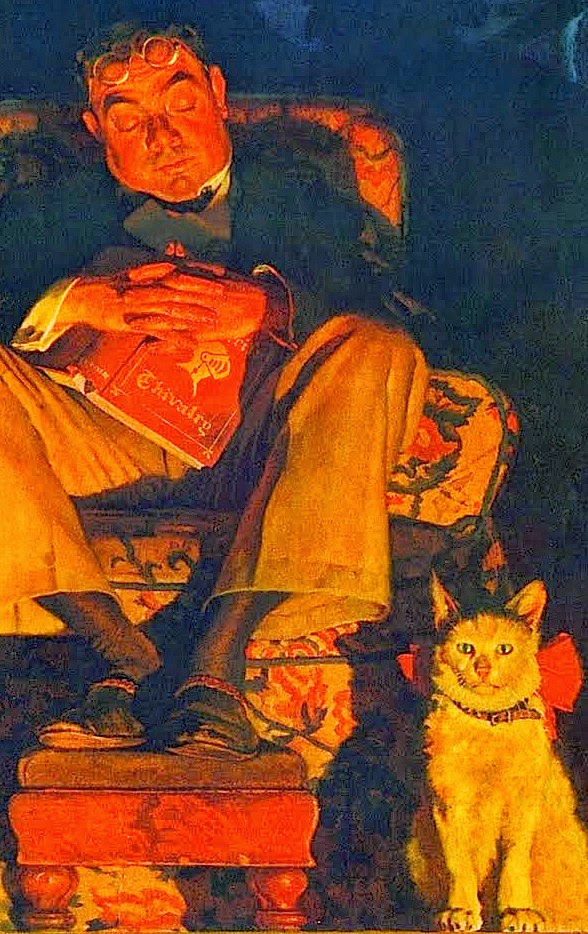 Out of sorts
For the last few days I've been out of it.
Achy, feverish, lethargic, plus an overall
awful feeling. It hasn't been enough to
put me in bed. However more than ample
reason to lay around and do nothing. Like
most men, I'm not a very good patient.
Per my better half, I'm "cranky" and not
very fun to be around.  How can I behave
any differently? Given I'm miserable, it's
human nature to allow oneself to act so.
Somehow I just can't act like Miss Merry
Sunshine when in reality I feel like crap.
Once I'm in a funk, I can get quite funky! 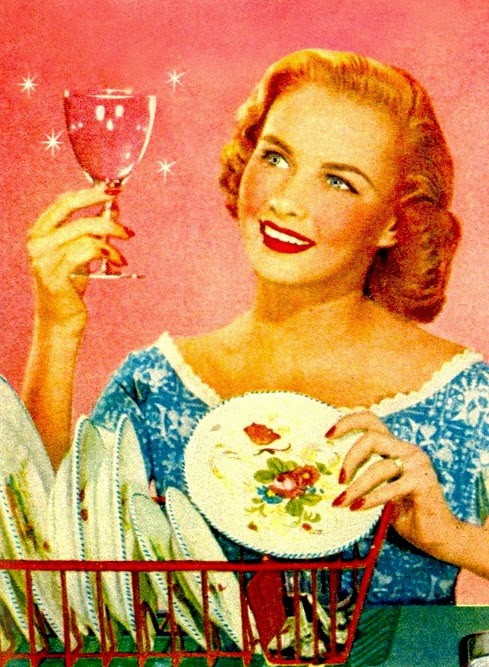 Broken dreams
What bothers me most is that my
equilibrium is more than a bit off.
Yesterday I emptied our dishwasher
and committed the most carnal of
sins - I broke a dish. Not just any
dish, one of the blue transfer ware
Spode plates that my Mother gave
me. Immediately post impact I fell
into a deep depression. Not only due
to the destruction of a prized piece
of porcelain, but rather because the
disaster made me feel quite clumsy
and honestly, rather stupid. 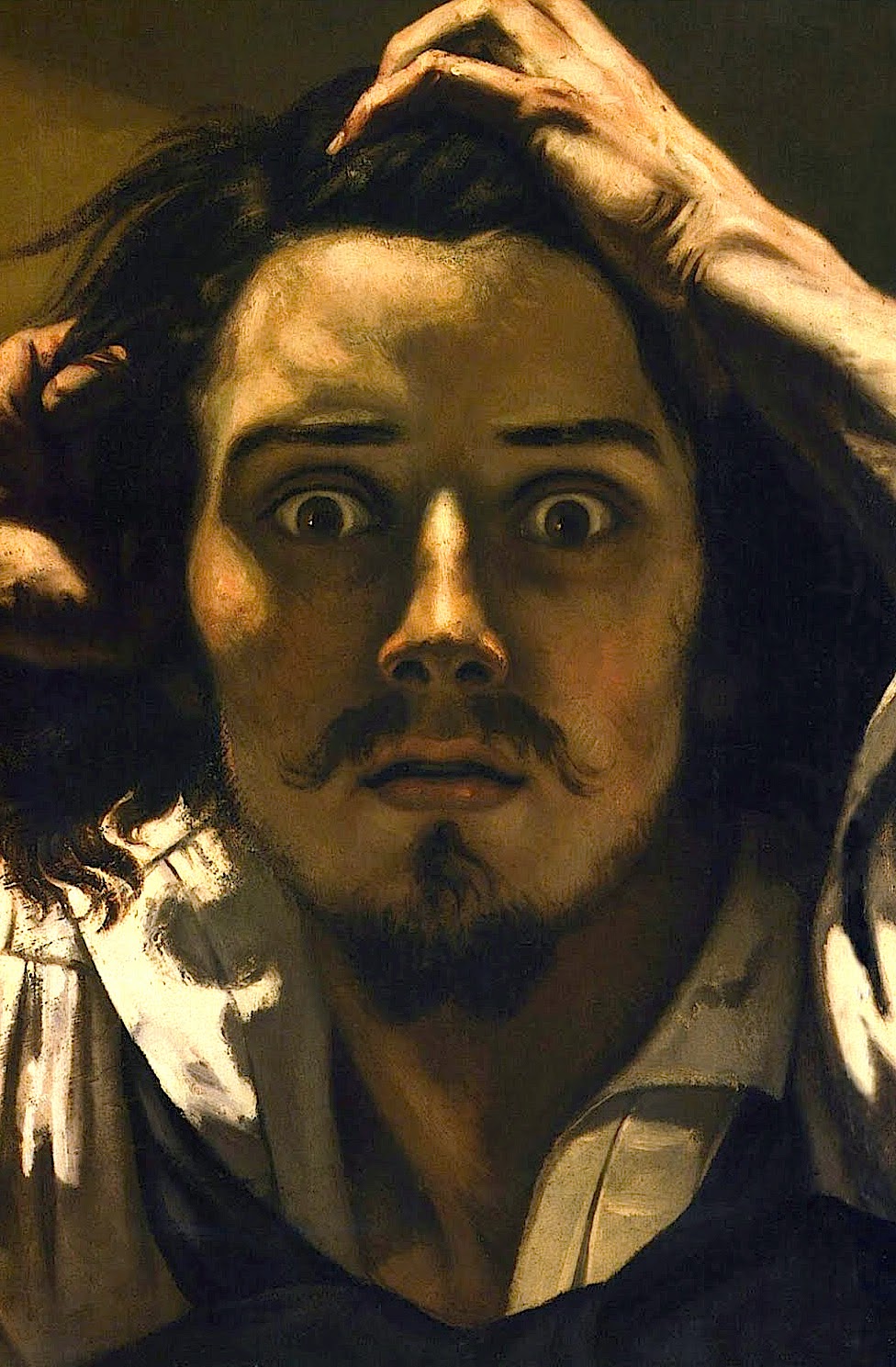 A foggy day
I'm definitely in a haze and therefore
my ability to process things has gone
askew. Suddenly I find myself asking
if I've totally lost it. The simple fact
that I'm not one hundred percent on
my game is off-putting at best. Yet
my resulting angst has had a positive
effect. And it's got me thinking about
my Father, a victim of Alzheimer's.
While my problems are nowhere near
what his were, they call to mind his
frustration during his dread disease's
early stages. He knew that he was "off." 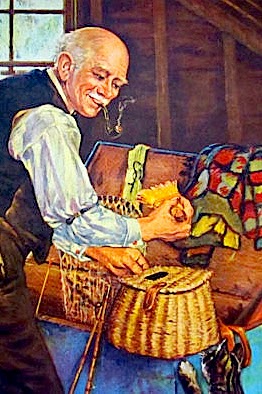 Here today, gone...
Howard was a man who was beloved
and respected by all. Not only was he
compassionate, Dad was whip smart
and could fix almost anything. Prior
to his diagnosis, he slowly started to
be slightly dysfunctional. Forgetting
little things,  making wrong decisions,
saying foolish things. At first only a
few noticed and Mother did everything
to overcompensate for any error of
Dad's ways. Then finally, she gave in
and took him to the doctor. Shortly
thereafter, reality hit us all except Dad. 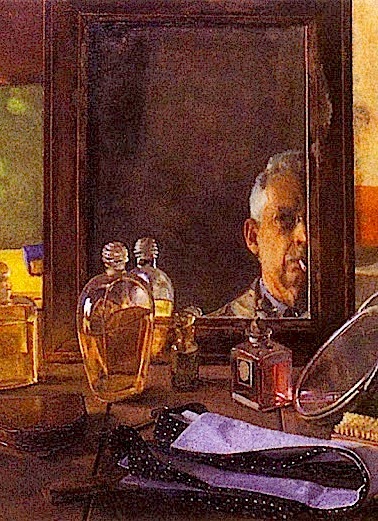 Slowly but surely
For the next eighteen years my
Father slowly faded away. What
I remember most about the early
onslaught was my father's eyes.
Deep down he knew something
was wrong and his confusion
manifested itself in subtle fear.
Imagine suddenly losing it - and
knowing whatever you lost was
gone forever. The equivalent of
mental water boarding, day by
day, Dad's mind failed. An evil
yet subtle process of elimination! 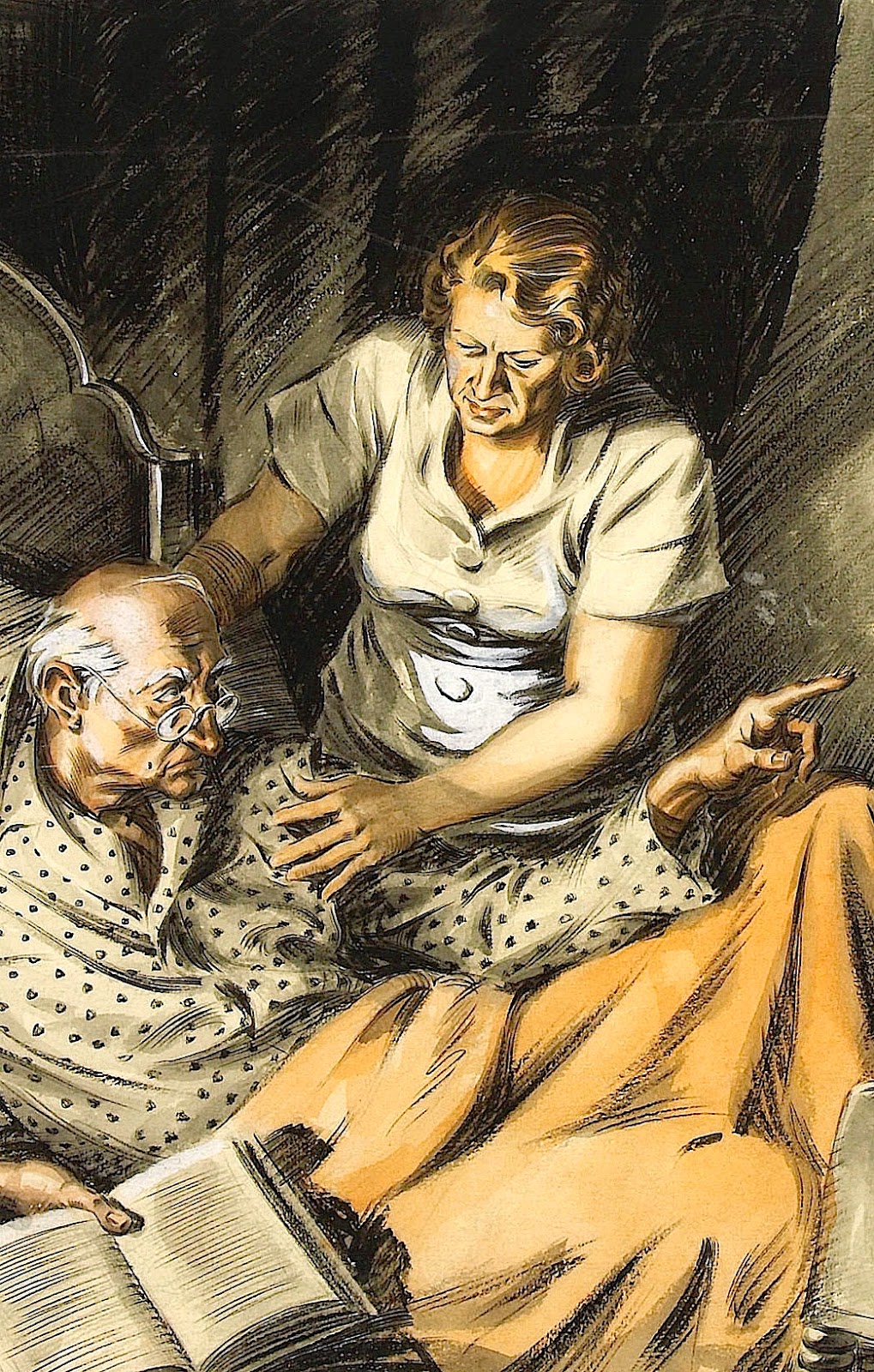 Against all odds
They call Alzheimer's the long goodbye.
And for my Father it took eighteen years.
I'm certain that the reason Howard lasted
as long as he did was due to my Mother's
sheer force of will. She was NOT going
to let go of the love of her life and hence
picked up wherever he left off until in
the end there was nothing left. Nothing
except a physical shell, a manifestation
of the man we once knew. My father has
been dead for over four years. Yet I still
mourn his loss daily. You see, we never
got to say goodbye he just faded away. 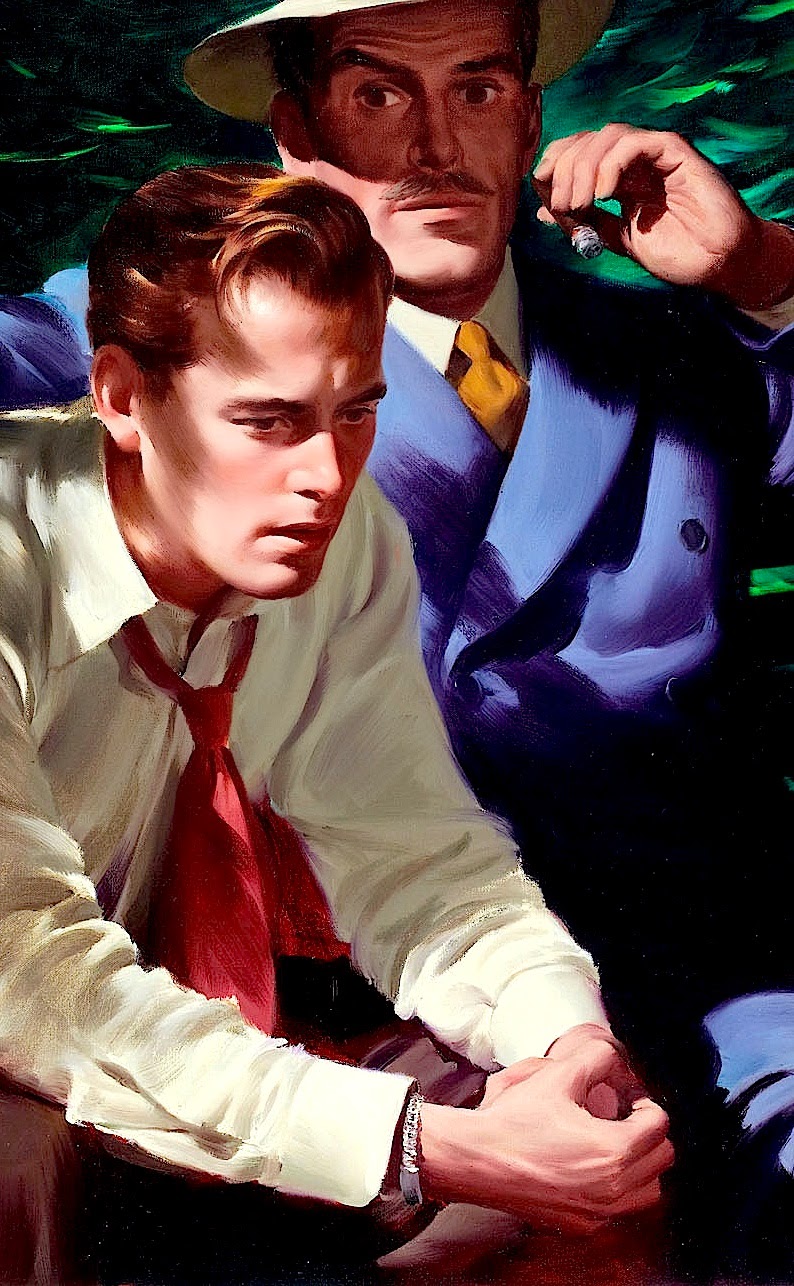 Gone but not forgotten
My Father's death was a welcome end
to a painful journey. What I most mourn
is not having my true father around for
all of those years prior. In some ways,
the intimacy of caring for what was left
of him created a bond that may not have
existed otherwise. Somehow the simple
act of changing your father's diapers if
nothing else, humbles you. Yet I can't
help but resent that we were unable to
talk man to man after I actually became
a man. Oh how I wish we could have
gotten to know each other better... 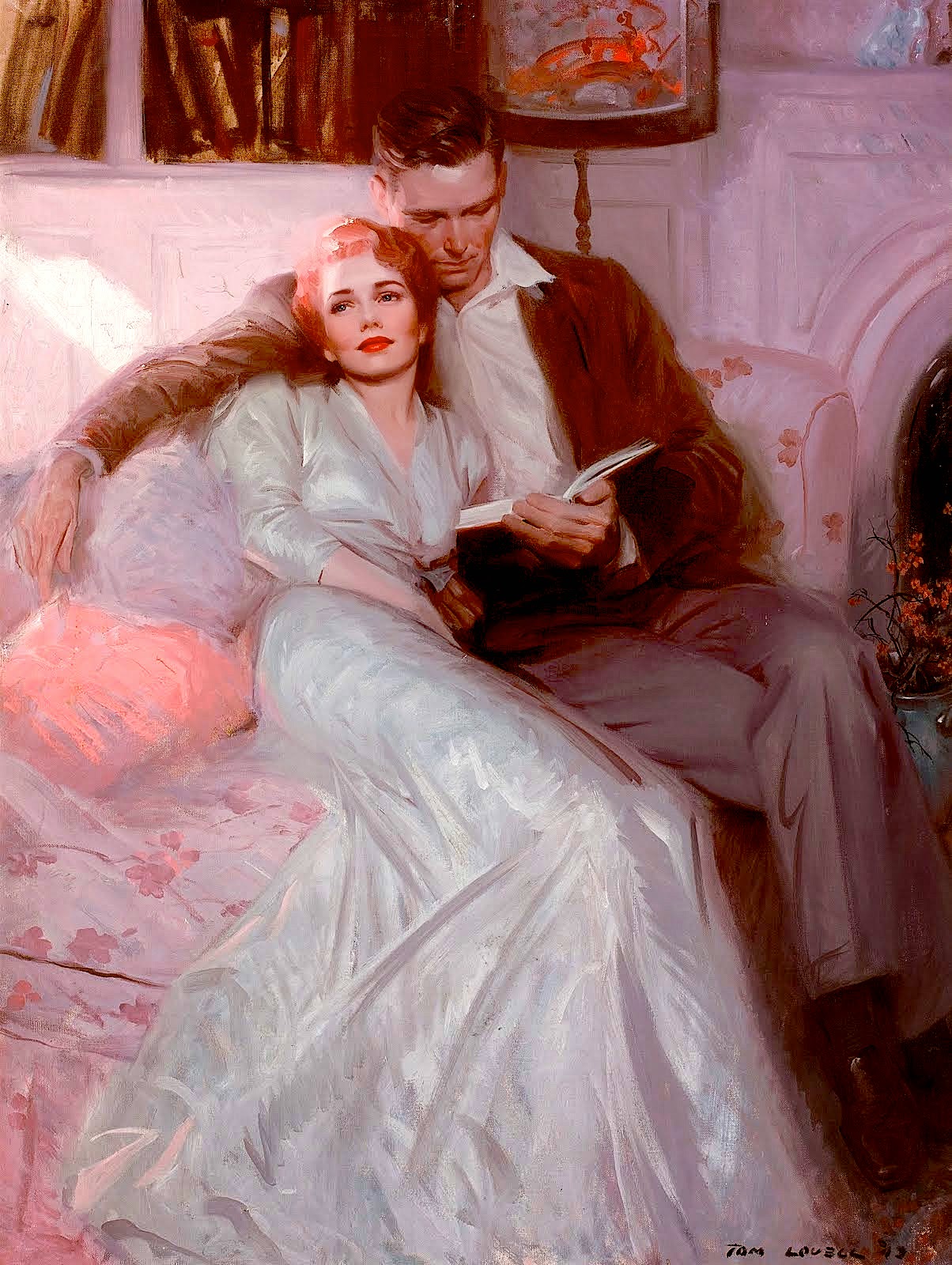 Love conquers all
Rather than dwell on what is lost,
I prefer to be thankful for what
little we had. To the end Howard's
smile somehow survived and if
he grinned, others always joined
in. However it was my Mother's
love and caring for Dad that truly
touched all who came into contact
with them. Even though Dad no
longer spoke nor opened his eyes -
you could feel his love for her ooze
out of every pore. In the end that is
his legacy - love conquers all!
Posted by montanaroue at 4:00 AM