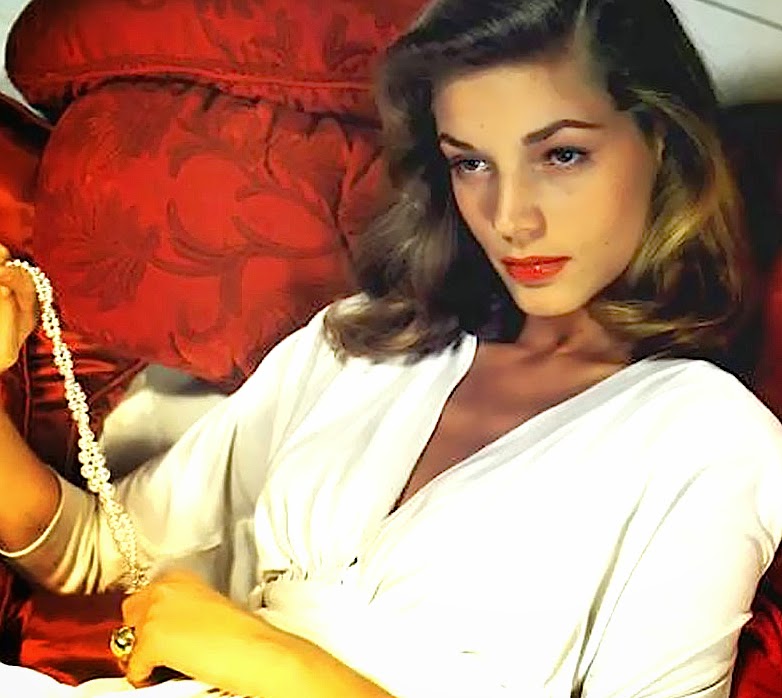 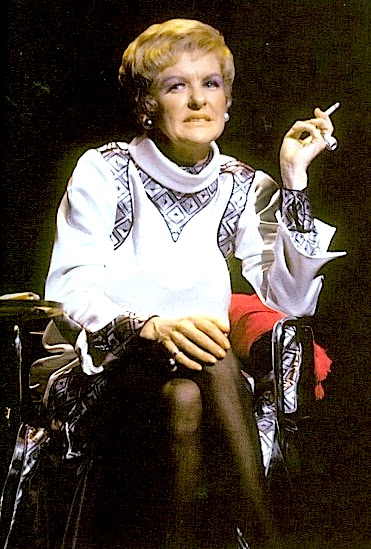 Here's to the ladies
We recently lost two of the greatest
"broads" of our lifetime. It wasn't
enough that they were both highly
attractive or as some said beautiful.
What was most outstanding was that
they were both amazingly talented
and highly outspoken. Over the top
confidence, panache, and élan are not
only charming, such attributes have
become increasingly rare. Neither
were crass, crude, or profane. Rather
both embodied elegance, wit, and
candor. An intoxicating combination. 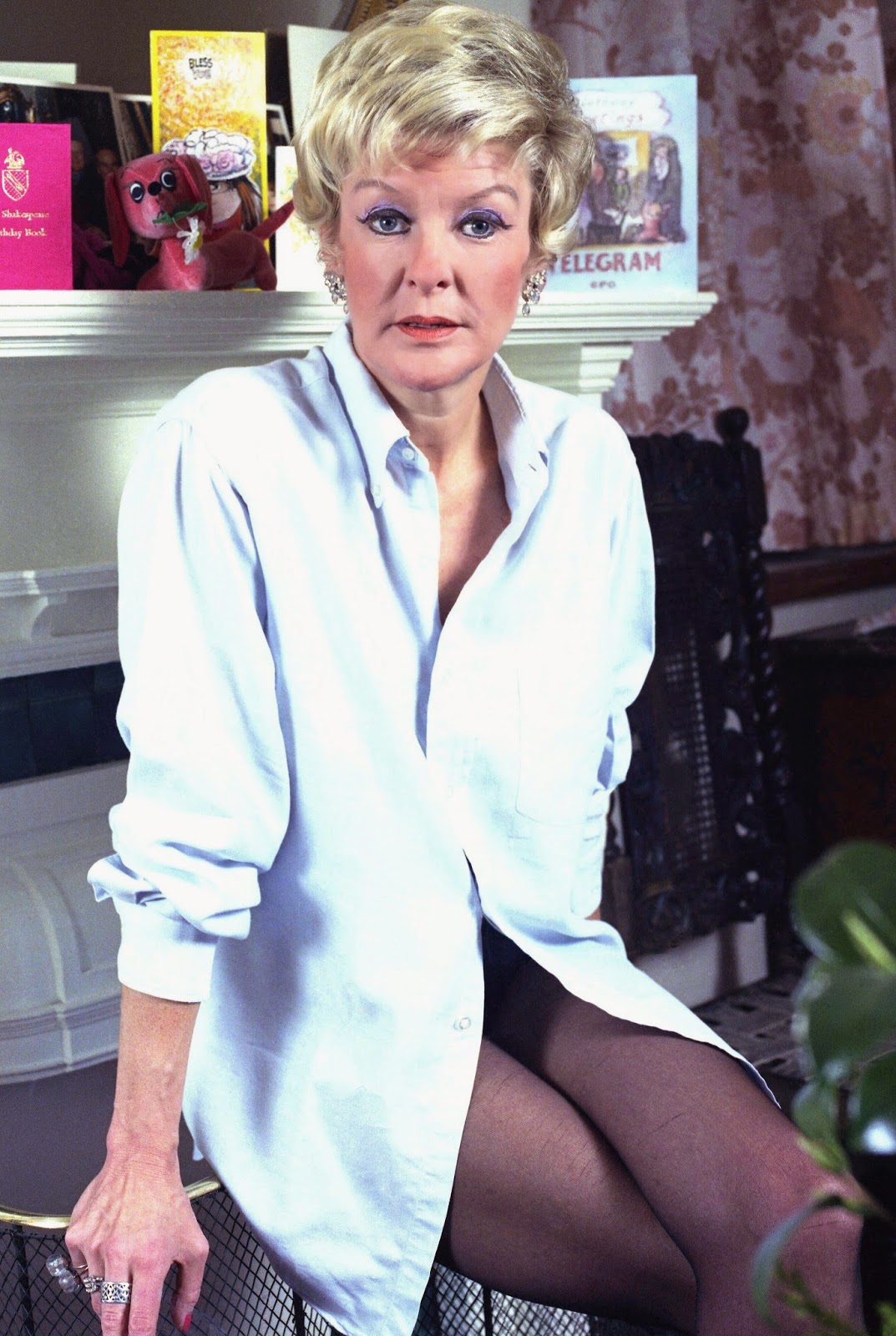 Unchained melody
Elaine Stritch was the ultimate broad.
On the stage she roared her way to
success while she drank herself to the
brink before, during, and after each
performance. Once she sobered up,
Elaine ruled Broadway. Frank and we
had the pleasure to see her perform
many times. Who could ever forget her
singing Sondheim's Broadway Baby?
One evening at The Cafe Carlyle our
table was next to the dias. Upon arrival,
Ms. Stritch asked Frank to help her on
and off the stage. Obviously he did... 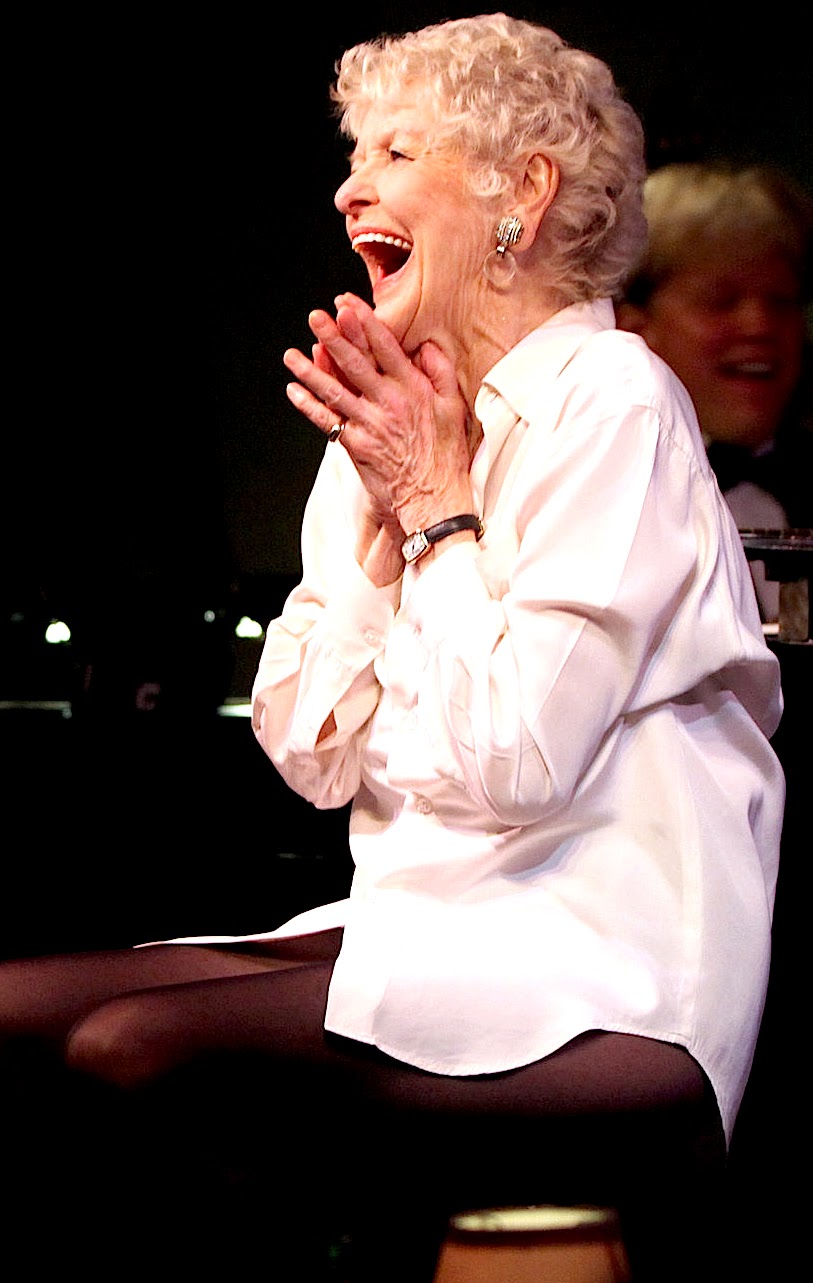 Lost but not forgotten
Birdlike and very frail, she crawled
her way up onto a stool. Then quite
suddenly, a transformation! Gone was
the octogenarian and in her place - a
true and bright star. Elaine held us in
rapt glory for the next hour. Each song,
every story, and her effervescence was
powerful and frankly... delightful. It's
rare to see true talent and my God...
she was the definition of just that. When
she was finished, Frank helped her down
and off she went to bed. Oh how I wish
Elaine Stritch was still here... 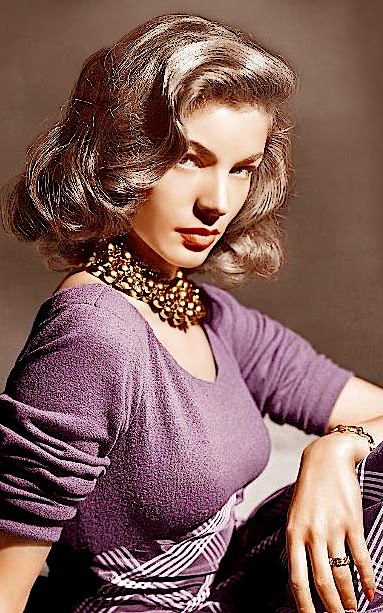 Anyone can whistle
Lauren Bacall redefined femininity. Her
sultry, deep, and often hoarse voice was
the American version of Dietrich. Add
a long lean and lanky silhouette on which
anything looked amazing and you had the
epitome of elegance. Underneath it all
somehow one knew she was not just an
elusive Hollywood confection but a real
woman. Good enough to marry Bogart.
And brave enough to face life alone after
he died. Outspoken, she stood against the
black list and many key political causes.
All while never being anything but brave. 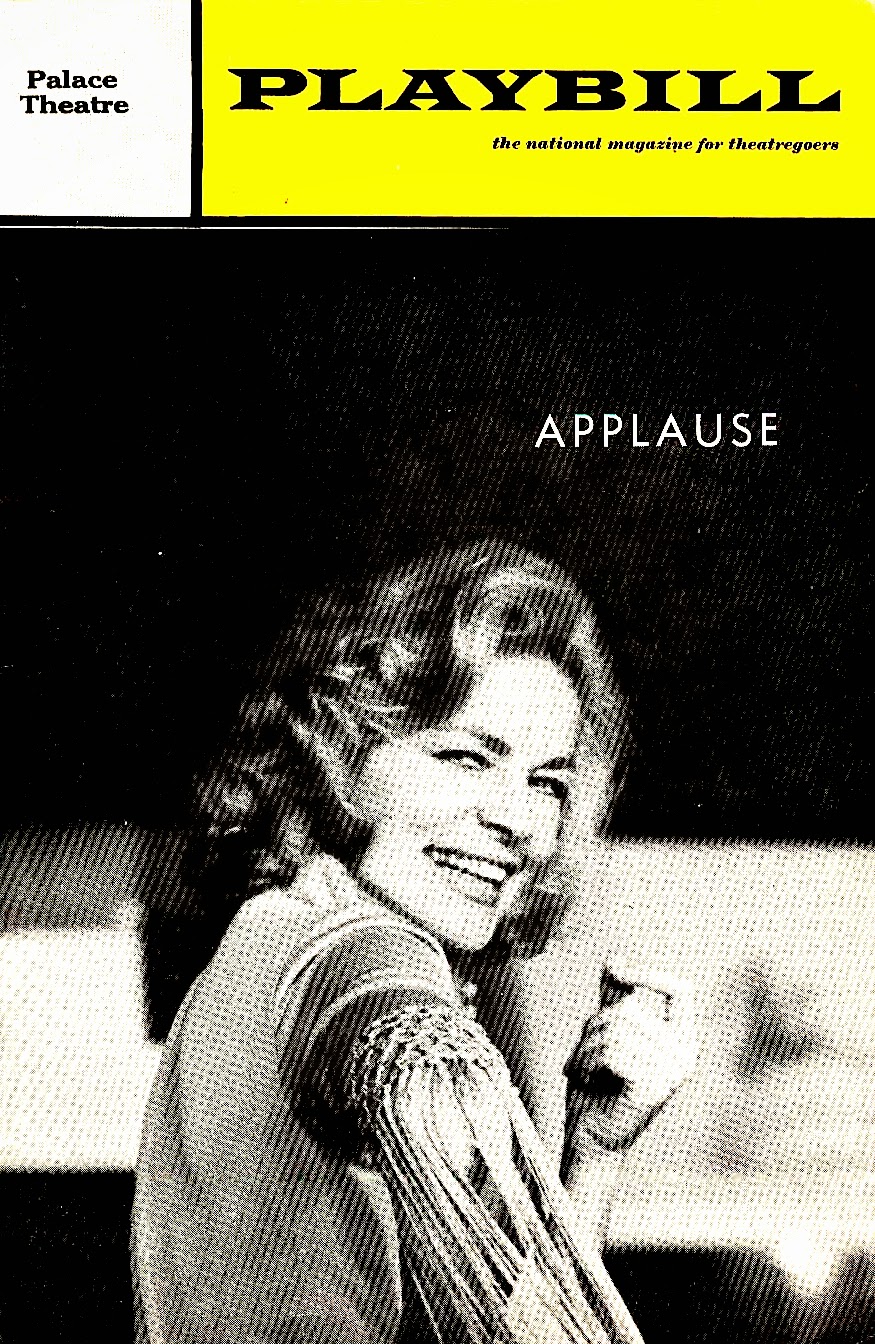 Life's a stage
After another failed marriage she
moved onto conquer the Broadway
stage and win two Tony's. It was my
privilege to see Ms. Bacall in both
Applause and Woman of The Year.
Musicals, she actually was quite a
singer in her own way. Belting out
he words with a level of sophistication
rarely matched by any other woman.
Somehow even later on when she was
hawking Fortunoff's or cat food, her
elegant purr made one willing to do
anything she asked, even whistling. 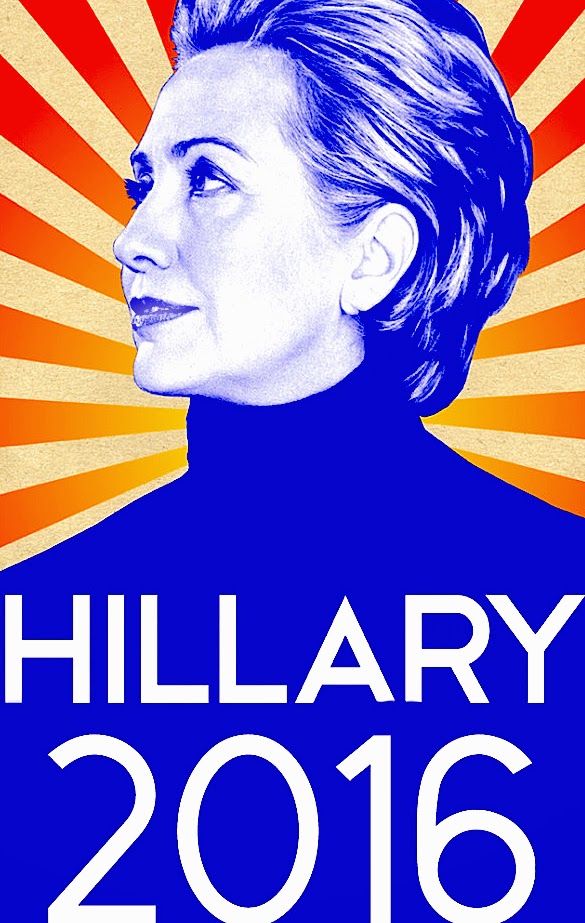 Against all odds
Powerful women are sadly still a rare
and precious commodity. I'm fortunate
to have many fabulous girlfriends who
truly are a power unto themselves. But
watching them search for the appropriate
partner can be heartbreaking. Few men
seem man enough to have an true partner.
I frankly can't understand this phenomena
given my better half daily inspires and
motivates me to be a better man. My hope
is that someday a woman will be in the
White House. Let's face it, only a woman
can clean up that mess! GIRL POWER!
Posted by montanaroue at 4:00 AM