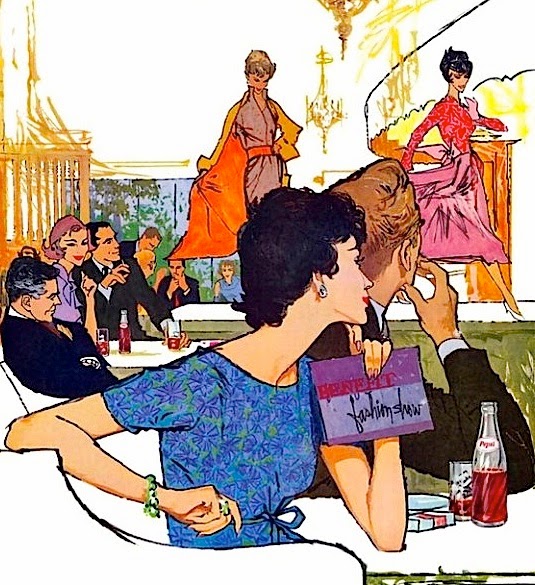 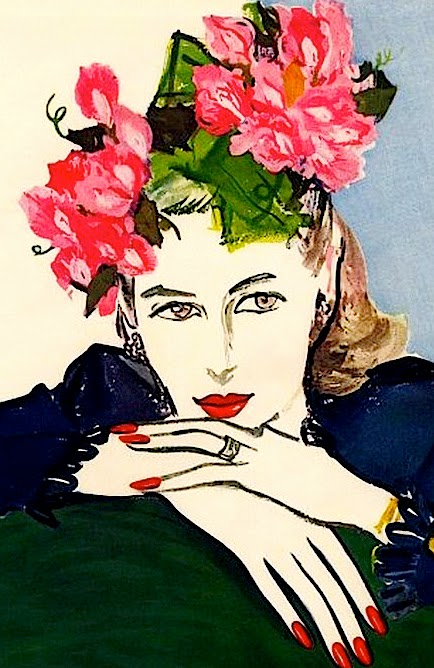 Time marches on
I assumed I'd see quite a bit of regalia
strutting down Fifth during yesterday's
Easter Parade. I hoped to be wowed by
my fellow Park Avenue parishioner's
ensembles en masse at mass. Yet sadly
this Easter there were few frilly frocks
and even fewer flowery bonnets out or
about. Yes, some of the masses tried to
put on the dog. However only those of
a certain vintage seemed to care about
what they wore. For the young, it was
all about jelly beans and chocolate and
that made my day rather bittersweet. 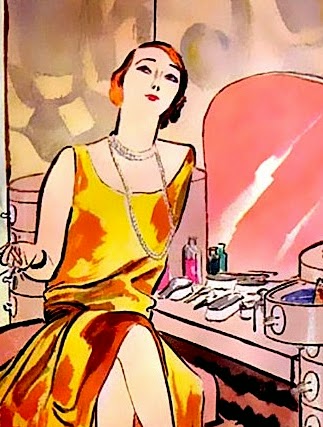 Tis a puzzlement
My dear friend "A" talks often
about how poorly people dress.
In our age of comfort, it seems
that we've lost all sense of style.
Nobody makes a statement and
within that context all one sees
are highs and lows. Apparently
the lows are quite comfortable
going to the grocer in pajamas
or finishing their eighth month
of pregnancy in size four yoga
togs. Is it that they don't care or
simply don't know any better? 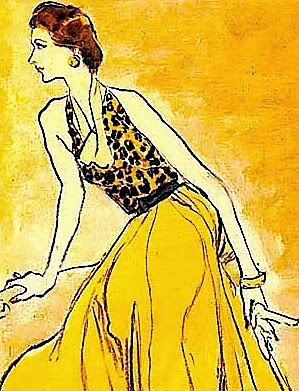 Paradise lost
Last Saturday at Bergdorf's
I watched as men and women
spent tens upon thousands on
their wardrobes. Within that
context , it's obvious that they
still care about how they look.
In Manhattan the norm is to
see young lads in skinny Mad
Men inspired sharkskin or a
shrunken derivative of Thom
Browne. It would seem that
many men are dressing again
and it's a sight to behold. 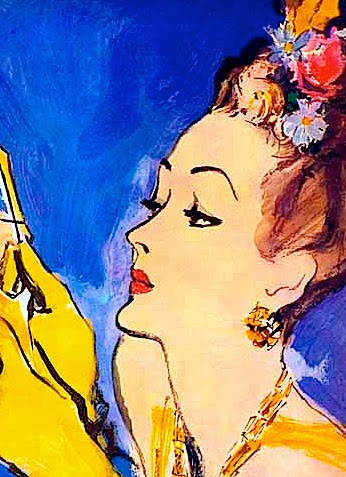 Out of this world
However, once you get far out to
the outer boroughs it all changes.
Suddenly one is far from dandies
and deep into duds. In the past
one's attire indicated a station in
life or where they were from. Now
it's impossible to tell who is from
Canarsie, Chicago, Chechnya, or
Caracas as you stroll Fifth Avenue.
Somehow fashion has become a
homogeneous mass of jeans and
tees. Sadly it seems that the world
has forgotten the role style plays. 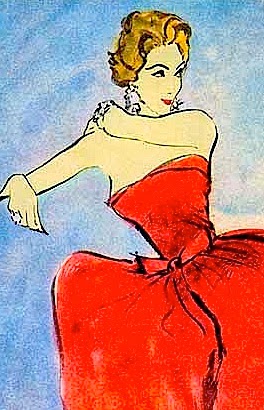 Out of sight...
Clothing if used properly can be
a powerful weapon. The perfect
dress can catch a man. A proper
pair of shoes can get you that job.
Whether we like it or not, first
impressions matter. Given how
people dress, do they plan their
ensembles? I carefully craft the
perfect outfit for an evening out.
What effort does it take to throw
on a pair of Levis and a novelty
tee? If they are putting thought
into it... what are they thinking?! 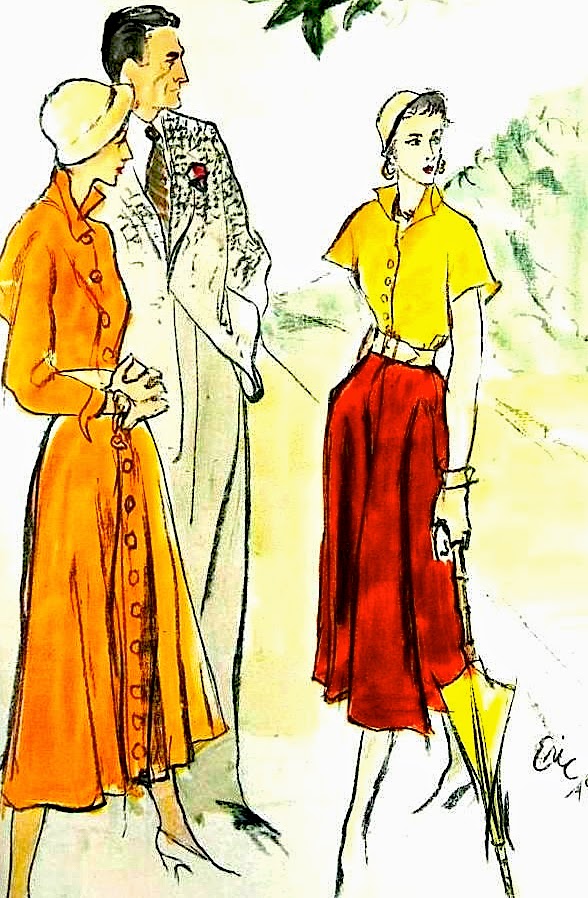 Group effort
It's not for a lack of inspiration. Via
the web, one has instant digital access
to all sorts of fashionable education.
So, why can't anyone seem to know
how to properly dress? Once one exits
the borough of Manhattan, it's rather
tough to find anything chic . Most of
America has become an amorphous
stylistic mass. Such a pack mentality
means that one's friends and peers are
those who dictate how we dress. So,
unless they're Don Draper, if they're
wearing a suit, it's a fleece sweat suit. 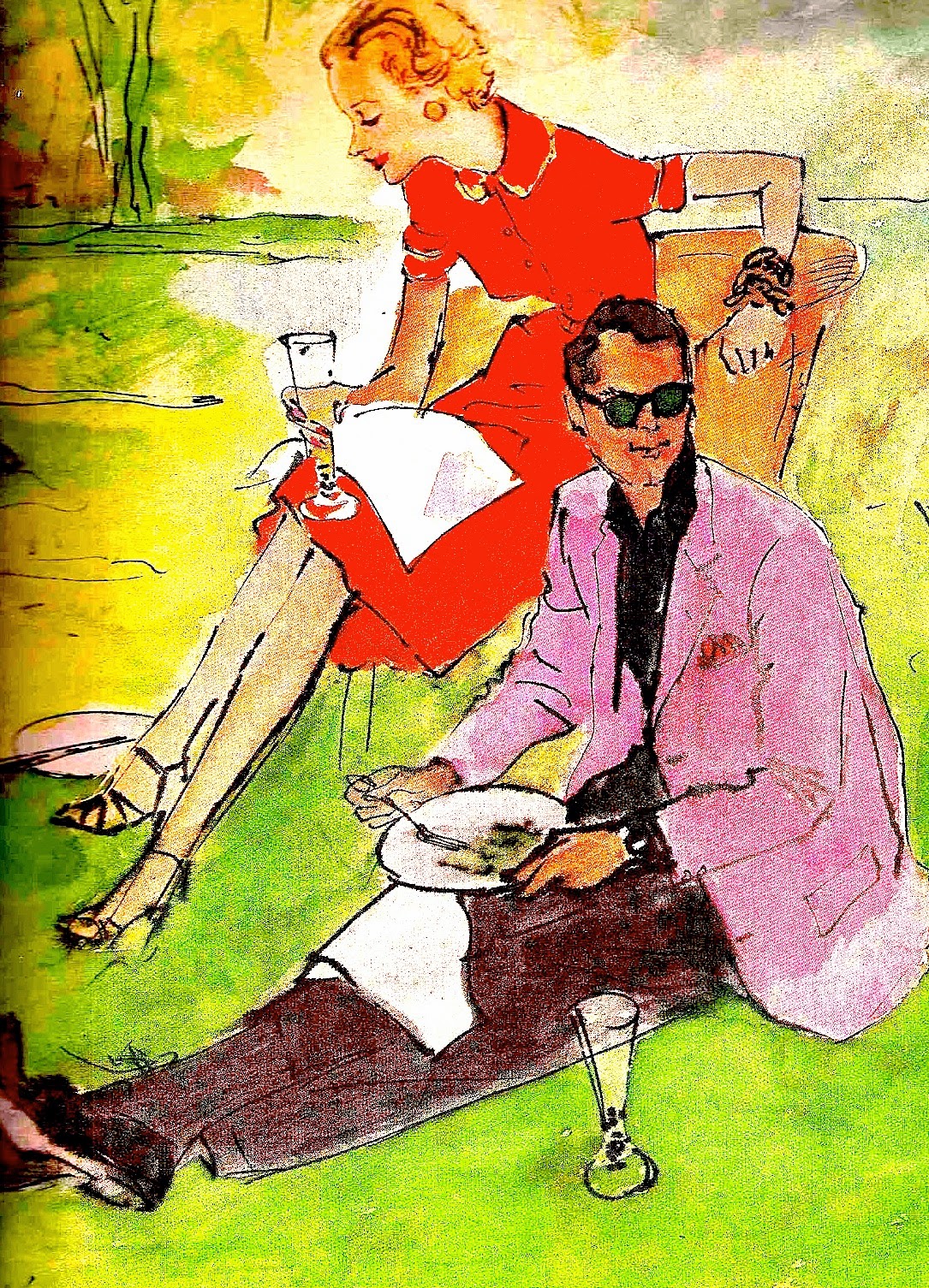 Dish it out
We all own our sartorial situation.
Being brave enough to risk looking
over dressed at a backyard barbecue
can inspire and educate. Putting a
bit of effort into one's ensemble can
elevate your office. The fact is that
fashion is a group activity. As long
as one is happy being a slob, those
nearby will be equally complacent.
Go ahead, strut your stuff and save
our world! This has been a public
service announcement from the SFA
(Save Fashion Administration.)
Posted by montanaroue at 4:00 AM