Look before you leave 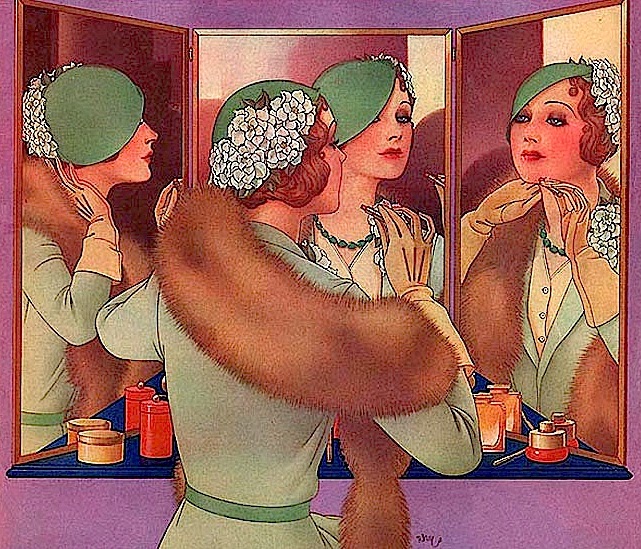 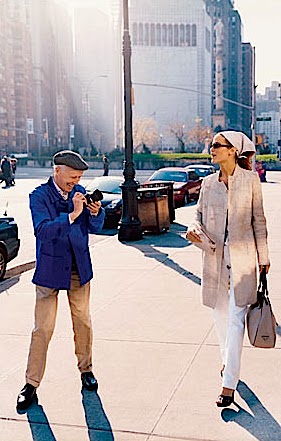 Street walker
One must admit that Manhattan can
be rather pedestrian. After all, most
of us opt to get from here to there on
foot. It's always faster and given the
weather is starting to warm up, often
quite pleasant. One of the benefits of
transversing town on foot is that you
actually get to see all sorts of people.
Strolling down Fifth Avenue one can
witness a passing parade of elegance
or extremes. While Bill Cunningham
chronicles the best of the bunch in the
Times, I see things you can't imagine! Cross walk
Which bodes the question, do most
people ever look in a mirror? Based
on the problematic pageant that one
witnesses throughout this city on a
daily basis, my assumption is NO!!
Beyond an obvious absence of good
taste, many seem to lack all sense of
proportion. Many's the time I witness
women who have either purposefully
enhanced or regretfully expanded on
their worst assets. Trust me my dears,
there's a reason experts advise against
donning horizontal stripes... 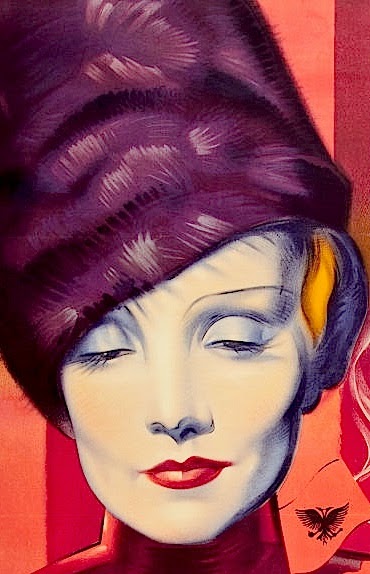 Tunnel vision
The other day on the subway platform,
a tall, thin, and pallid vestige of Czarist
Russia floated past me. Sadly it wasn't
Marlene evoking Catherine the Great,
rather it was a faded fop from Queens
wearing a foot high fur toque a la The
Scarlett Empress. As he rushed to make
his connection, his kabuki complexion
and strategically placed beauty mark
showed his disconnection from reality.
One wonders what the outer boroughs
really do to one's soul. Maybe he woke
up and decided it was time to revolt? 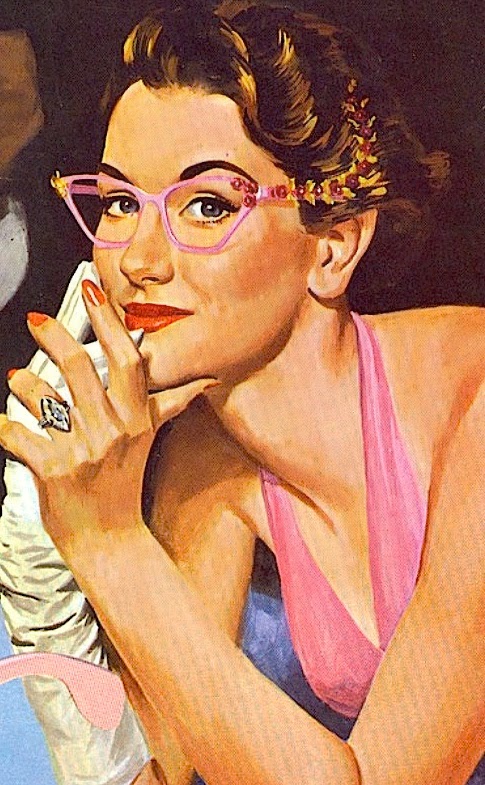 Outer limits
I'm not talking about slobs. It's fairly
obvious that some don't care about their
appearance. My angst relates to those
who obviously put a lot of thought and
effort into how they present themselves.
Sadly they must be wearing coke bottle
thick rose colored glasses. Otherwise I
highly doubt they would walk out of the
house looking as they do. One may feel
the need to break out from the pack and
in this era of the individual I can most
certainly understand. However outré is
just what you think it is... FAR OUT! 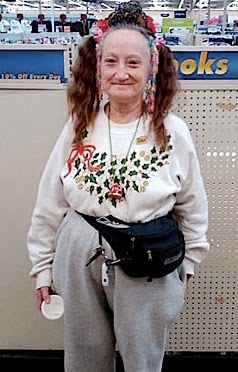 Aisle attendant
Ever seen www.peopleofwalmart.com?
Click above, it's well worth a visit. This
site chronicles actual customers as they
wander the aisles for deals. One can
only utter "regretful" however most of
the time I am simply speechless. Some
might call it fashion but honestly, words
cannot describe the creatures captured
therein for perpetuity. While one initially
assumes it's contrived, in reality they are
100% REAL. And that my dear friends
is proof that we are all living in strange
and fashion challenged times. 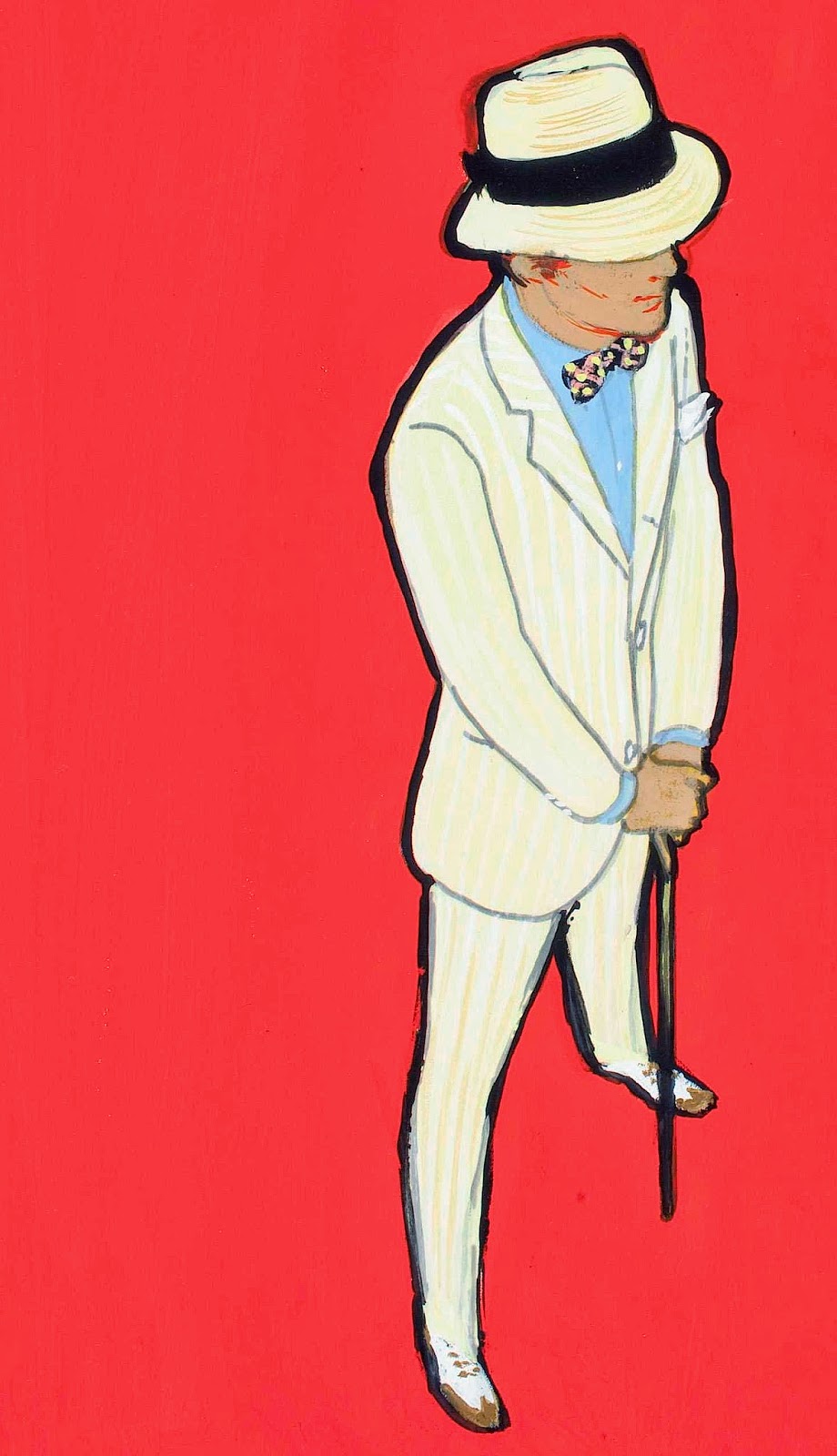 Upon reflection
Ultimately we all must each own our "look".
Even I've been known to ere sartorially. It's
obvious that I prefer commando and adore
tight tights. As I look down, all I see are
skinny slacks that emphasize my footwear.
However some kind friends have said that
my constrictive garb adds a bit of emphasis
to certain physical attributes. Therefore I've
been accused of said "bits" entering a room
well in advance of the rest of me. Standing
back and looking in the mirror, I'll admit
that they may be right however Frank likes
the look. Hmm... who needs a mirror?!
Posted by montanaroue at 4:00 AM