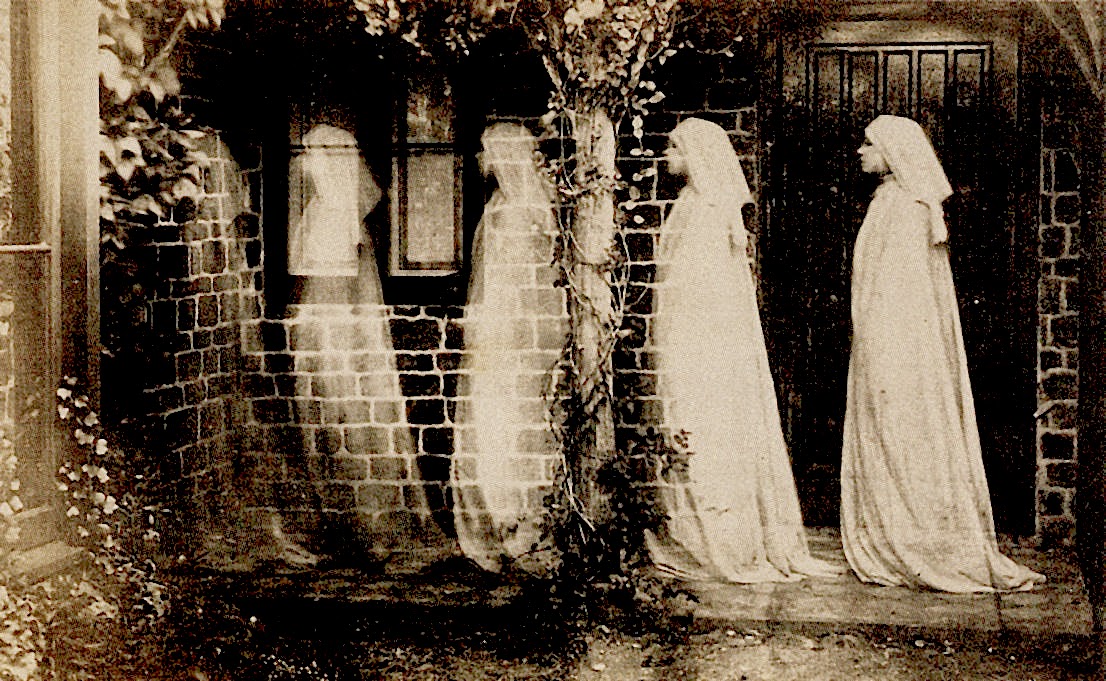 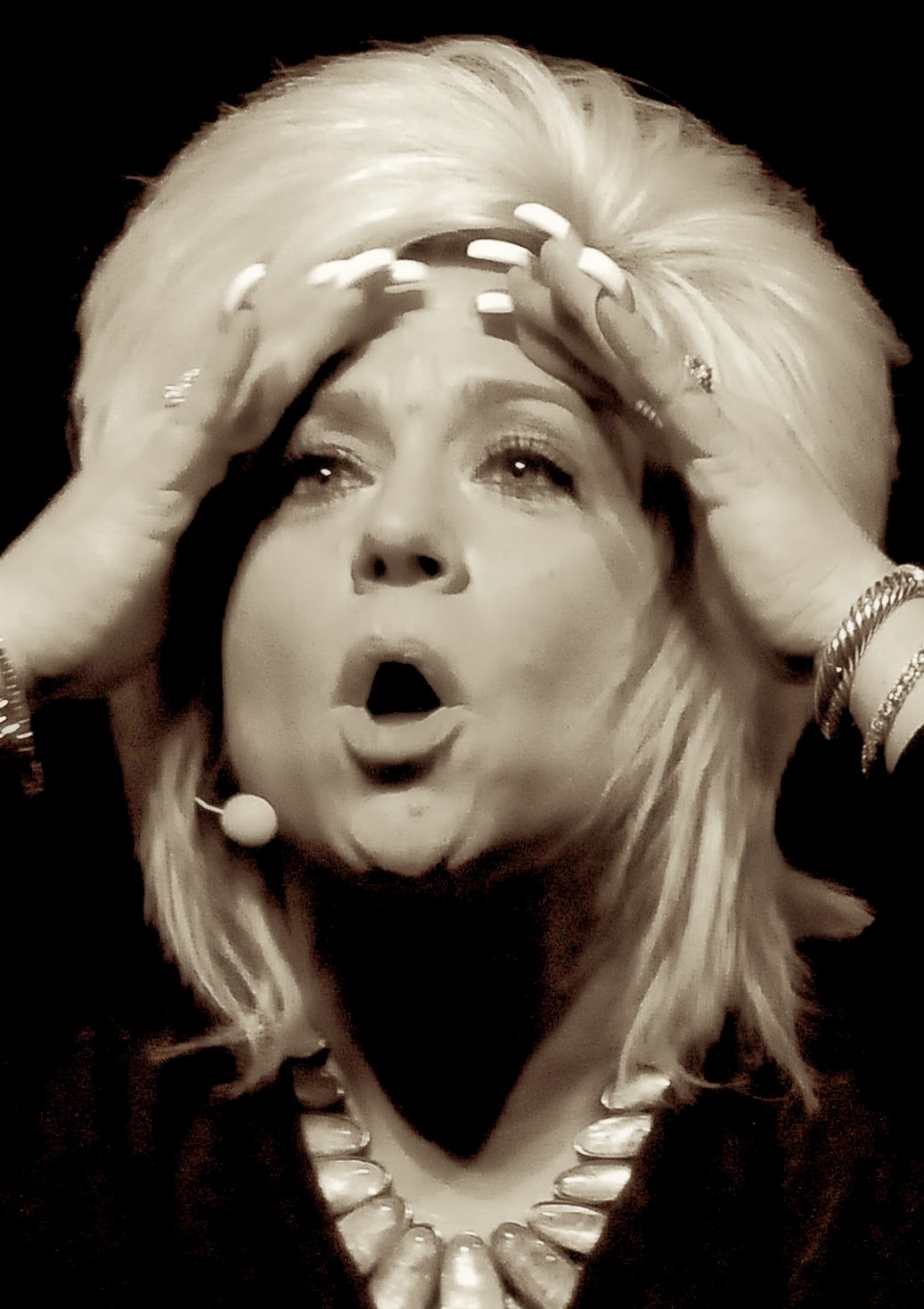 Oh... my... GAWD
We all have secrets. One of mine is
an addiction to TLC's Long Island
Medium. This series chronicles the
life of a suburban clairvoyant named
Theresa Caputo who wanders about
Levittown talking to "dead people."
In a normal episode we see her order
a bagel only to loudly query all in the
room "Does anybody have a father
figure who has passed?!" Invariably
a hand is raised and what follows can
be fascinating! It's beyond spooky
and yet somehow I can't turn it off. 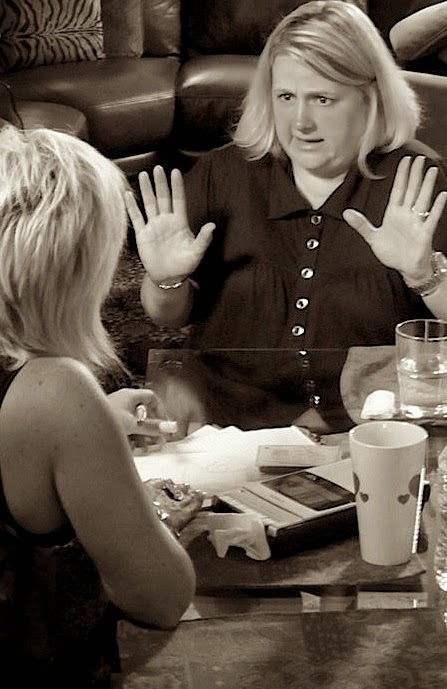 How did you know?
You see somehow Theresa knows and
reveals deeply personal and unique bits
of facts that in theory, nobody else knew
except her target. Her revelations can be
unnerving. While her accent and schtick
are entertaining enough, watching her
connect people with residents from the
other side is oddly alluring. I'm not sure
what I believe but I do know that there
are spirits. And that some of us can (and
often do) connect with people who are
no longer people but just don't know it.
While this may see crazy, it's true. 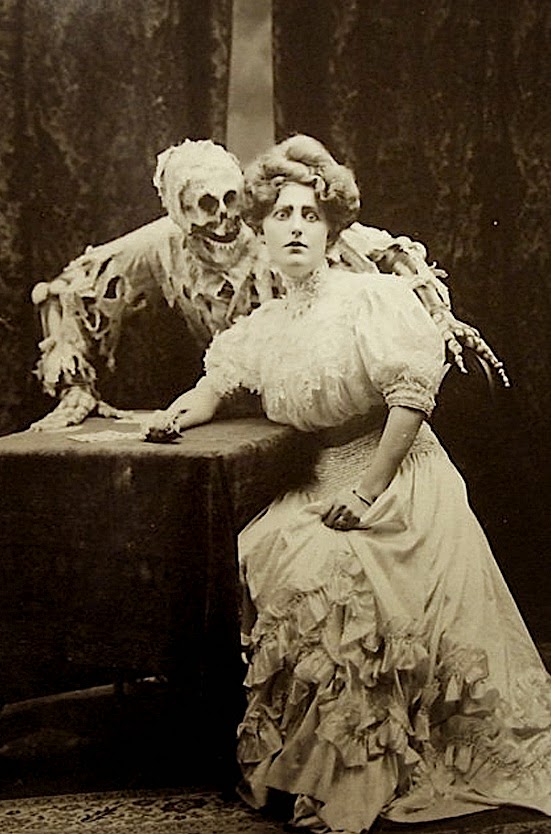 Flush them out
"T" is the Connecticut medium.
She's always had the ability to see
things others of us couldn't. Upon
moving into a house she "felt" that
certain architectural elements were
missing. Years later upon finding
an old sales brochure for the house,
there they all were in pictures. Our
friend "M" didn't like her guest bath.
"T" quickly found the spirit of the
former owner hiding in the shower,
After a chat the ghost moved along.
Now "M" can use the throne! 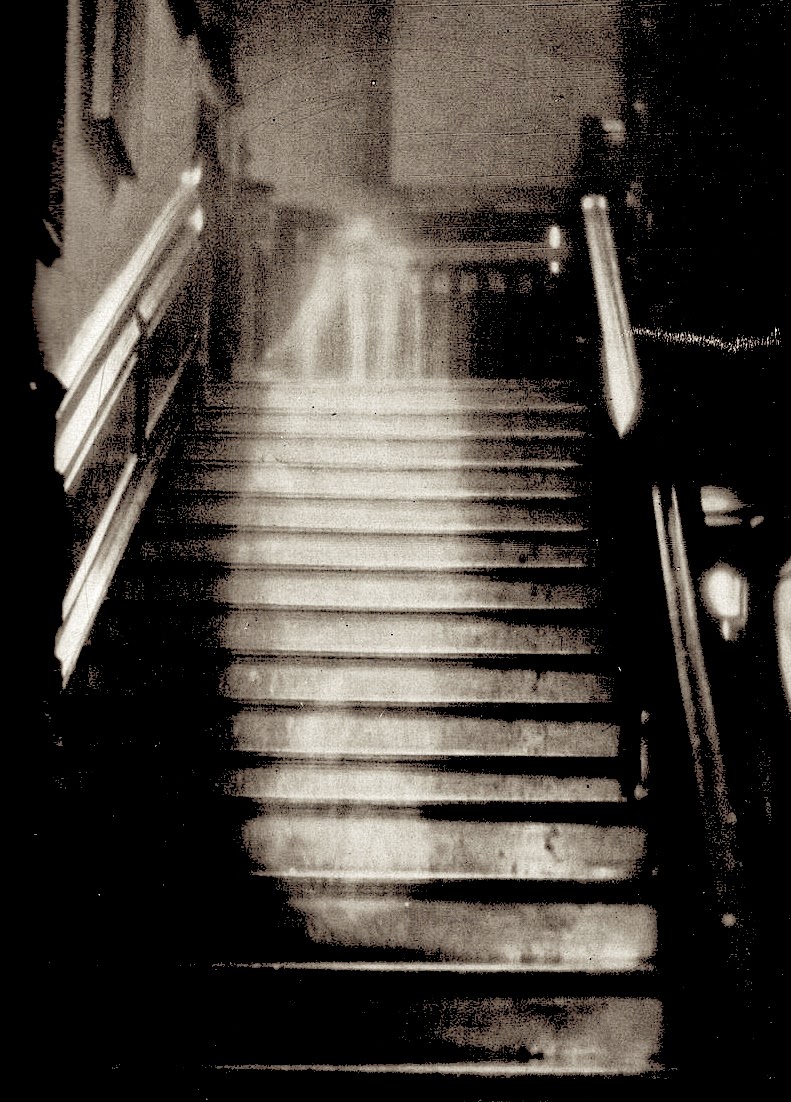 Barely there
Shortly after I bought a second home
in south western Michigan, I awoke
to a visage at the foot of the bed. It
wasn't a real person and yet I knew
exactly who it was. The first owner
of the house had tragically died in a
plane crash years before. Now there
he was looking at me. I sat up and
said "Don't worry, I love this house
as much as you do and will take care
of it." Then he faded away never to
be seen again. You can believe what
you like but believe me he was real! 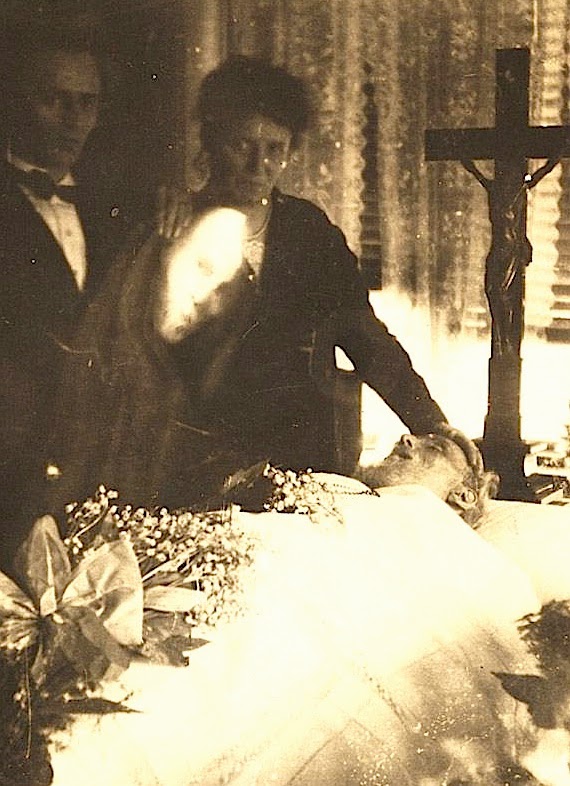 Feel the glow
My Dad bravely battled Alzheimer's.
During his final years there was little
left of the man we loved. After 68
years of together, Mom finally said
it was time for him to go. Shortly
thereafter Dad's tortured breathing
calmed and a warm glow filled the
room. For a few hours she lay on his
bed and held her beloved. Then the
glow dimmed and with it my Dad
literally gave up the ghost. All that
remained was a barely functioning
body which died a few hours later. 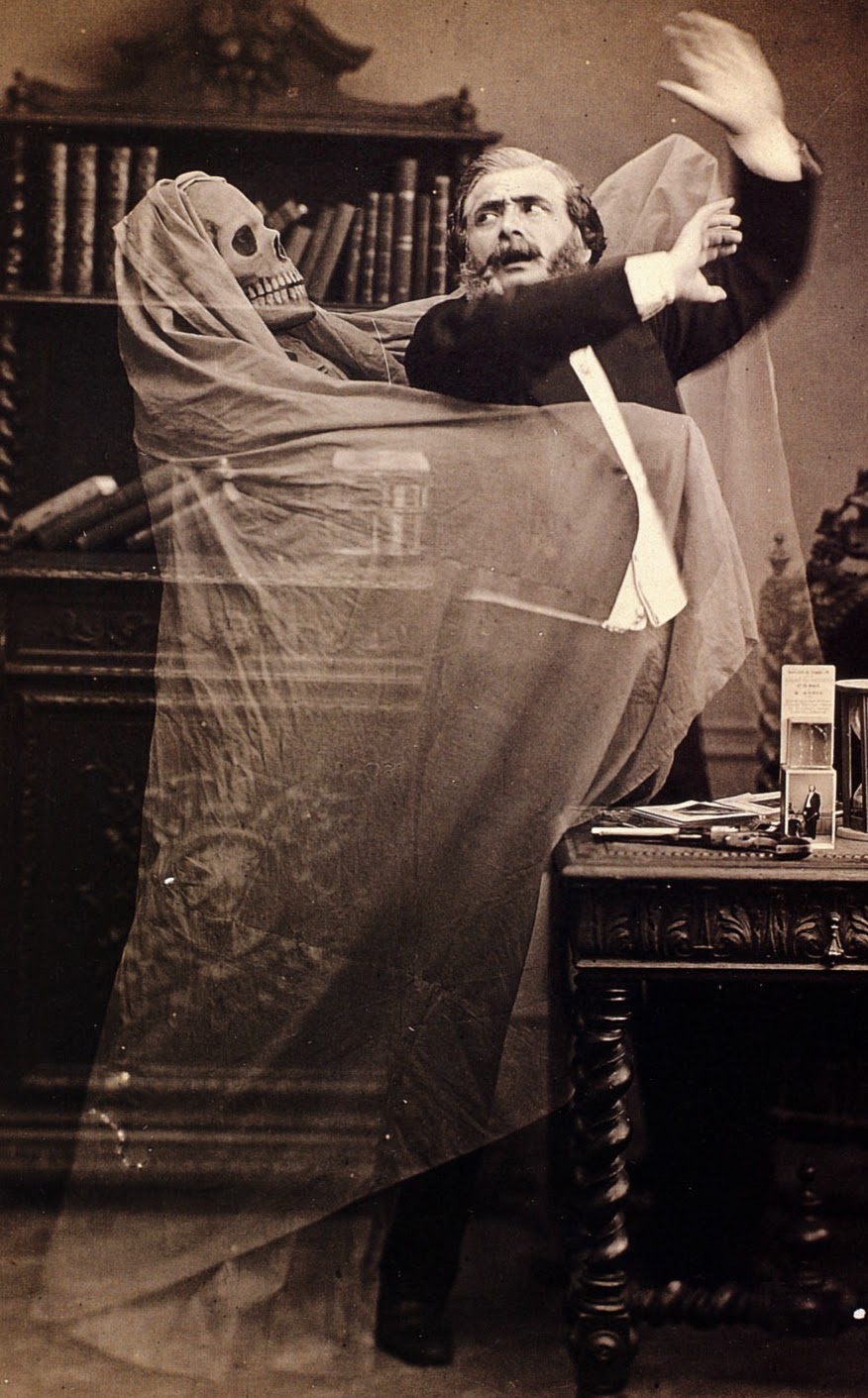 Guardian angel
While certainly scary in life, my mother
would've been the last to acknowledge
the spirit world. Her faith was so strong
that there was no room for anything but
the King James version. Oddly, after
her death she simply wouldn't go away.
Initially she constantly whispered in my
ear. It might seem crazy but trust me, I
was channeling Ethel. It wasn't just me,
Frank felt her presence often, especially
whenever we were spending a sizable
amount of cash! Like a guardian angel,
Ethel was still watching over her boys. 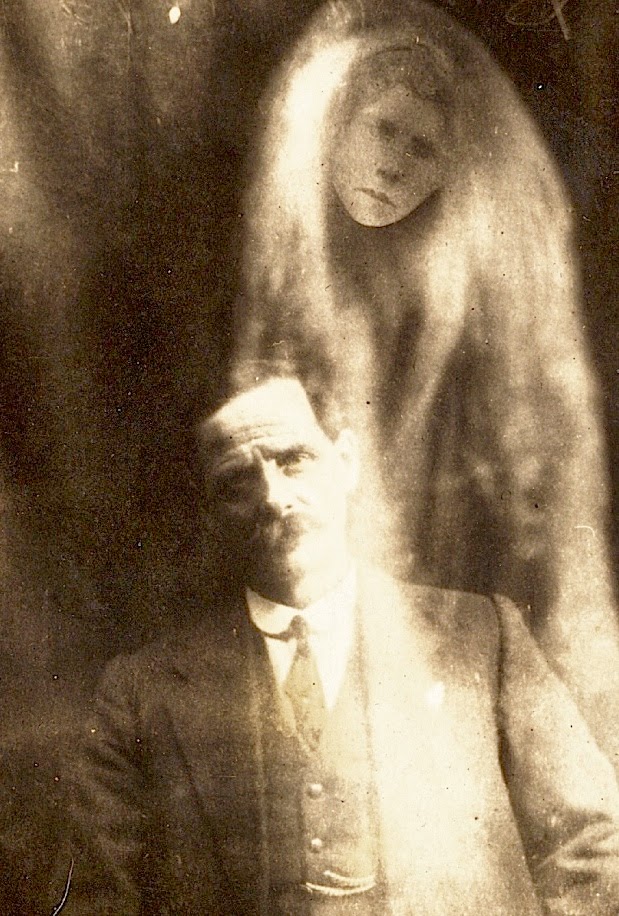 Ever present
On Mother's death bed I told her she
could go whenever she was ready.
In tears she said "But who will take
care of you?" Frank took her hand
and assured Ethel that he would now
assume the responsibility of tending
her tot. I'm certain that after Mother
passed, she kept an eye both on us
until she was certain Frank had kept
his word. Slowly her encounters fell
off and it seems that she has moved
on. Now she lives on in our hearts
and once in awhile, still zings us!
Posted by montanaroue at 4:00 AM