TIME TO CHECK HIM OUT

Blind leading the blind
Even with all of the mania in Washington some
"conservatives" still support our President. The
very fact of which bodes a query "are you nuts?"
Whatever side one falls on - red or blue - liberal
or conservative - right or left - most Americans
are seemingly intelligent. Hence I must question
why anybody in their right mind could possibly
support and/or condone the behavior of Donald
Trump. If nothing else his actions, demeanor,
and complete lack of decorum over the course
of his tenure give credence to rejecting him and
his cronies. Yet many continue to vociferously
support Mr. Trump. Have you lost your minds?! 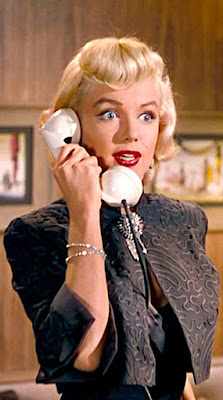 Checking in
Given I actually like some of you - isn't it
time to be honest and face facts? I feel the
need to provide a brief checklist. A theory
of relativity. A wake up call. Or if need be
a bitch slap. Hoping that just maybe - step
by step you'll realize just how wrong our
President is for America. Most important,
as you filter through the data - ask yourself
this question - "would I allow this guy to
marry my daughter?!" And if the answer
is "no" then my right minded friends you
have your answer. So raise your number
two pencils and check off all that apply. 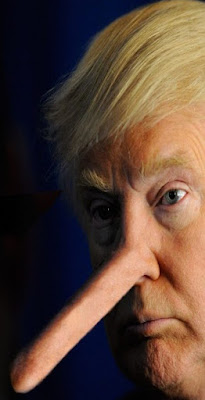 [   ] Rarely tells the truth
At this point in his presidency, Mr. Trump has
told, spread, or inferred a plethora of mistruths.
Day by day, hour after hour he weaves a tale
that's fictional at best. Even worse he obviously
believes his mistruths. Said proof alone if more
than enough reason to not trust the man. Which
is why seventy two percent of citizens globally
do not trust Donald Trump to do the right thing
(per the Pew Research Center). So why would
you trust such a guy with your future and that
of your offspring? If you wouldn't give him the
keys to your car, why hand him full access to
our nuclear arsenal? Deactivate him NOW! 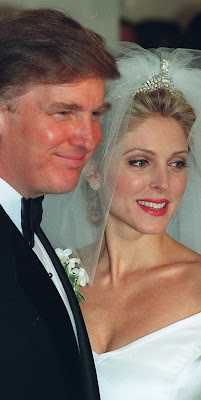 [   ] Cheats on his wives
Even the briefest of dives into Donald's past
will uncover a treasure trove of extramarital
activities. However when it comes to what
he obviously deems the "weaker sex" - Mr.
Trump proudly claims he can grab whatever
and whomever he wants. Hence throughout
his adult life he has left a trail of insulted,
violated, and disenfranchised women in his
wake. Most of who he dallied with while
married to another. We all make mistakes.
However anybody who has sex with many
hundreds of women has a sexual problem.
Be that addiction or a lack of faithfulness. 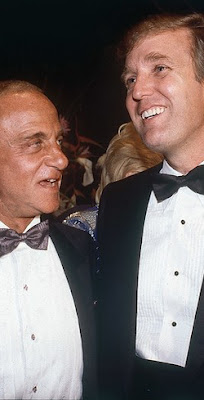 [   ] Hangs with the wrong crowd
It's been proven that a man is known by the
company he keeps. So help me understand
why a guy who considered Roy Cohn to be
a treasured advisor is now allowed to choose
who leads our government? Then of course
there is Roger Stone who is not only odd but
a bit creepy. Or consider Michael Cohen his
former personal attorney. A guy who once
did whatever needed to insure that his boss
could screw whomever he chose whenever,
wherever, and however. Then there is his
cabinet. Well that is those big shots who are
still left post many resigning in SHAME. 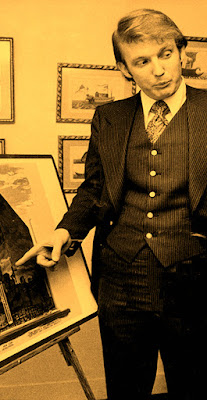 [   ] Acts like a spoiled brat
Mr. Trump was raised like a king in Queens.
At a very early age (three) his father signed
over millions of dollars worth of buildings
to him. During the Viet Nam war - this man
(who would ultimately claim he could be a
general) used contrived "medical" excuses
(courtesy of his father) to be absolved of any
obligation to fight for his country. Ultimately
his father's money ($60.7 million in gifts, not
a $1 million dollar loan) enabled Donald to
take Manhattan by storm. Finally like any
spoiled brat he will have a temper tantrum
when he doesn't get his way or "shut down." 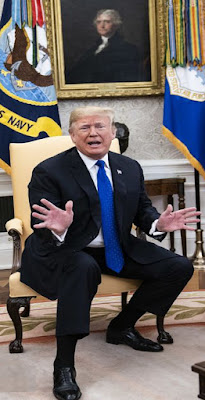 [   ] Doesn't play well with others
Last I checked, most of us prefer to stay far
away from nasty people. Hence few if any
condone physical let alone verbal abuse.
While Mr. Trump hasn't been proved to be
physically abusive, he comes out swinging.
Therefore if you don't agree with the man
nor stroke his ego - watch out. Countless
victims of his wrath are on the record. Yet
what is even sadder is that most of  his red
buddies are perfectly willing to stand aside
as he pummels his enemies. Making them
equally guilty for his crimes against others.
The question is when will they step up? 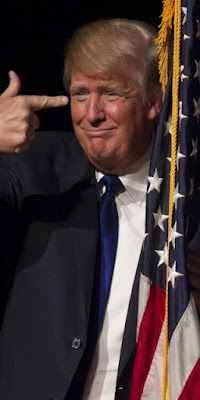 [   ] Competely irresponsible
Donald J. Trump has repeatedly proved that
he is human at best. And immoral at worst.
Need I remind you of his claim that he could
kill somebody on Fifth Avenue and he "get
away with it"? Whatever goes wrong, it is
never his fault. Hence he won't hold himself
accountable for the error of his ways. What
that means for all of us is simple. Should he
totally screw up and detonate an atom bomb,
he'll blame it on any survivor still standing.
Or worse, manipulate his unfair advantage
to absolve himself from any accountability
for criminal actions during his Presidency. 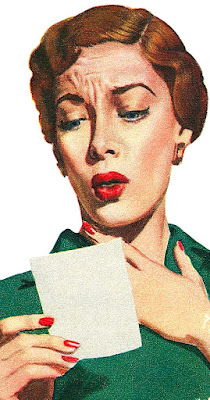 Eviction notice
Confident that by now you've checked ALL
of the above boxes - my final query is what
are you going to do about it? Assuming that
you would summarily deny his admission
into your family, why are you allowing him
to destroy your country? I get that you want
to reverse Roe versus Wade. I accept that
you don't want to pay taxes, I even will cut
you slack on ending government regulation.
However I cannot condone your support of
EVIL to achieve the above. Why can't you
evaluate your President by the same criteria
you use on a daily basis?! Check him out!
Posted by montanaroue at 4:00 AM