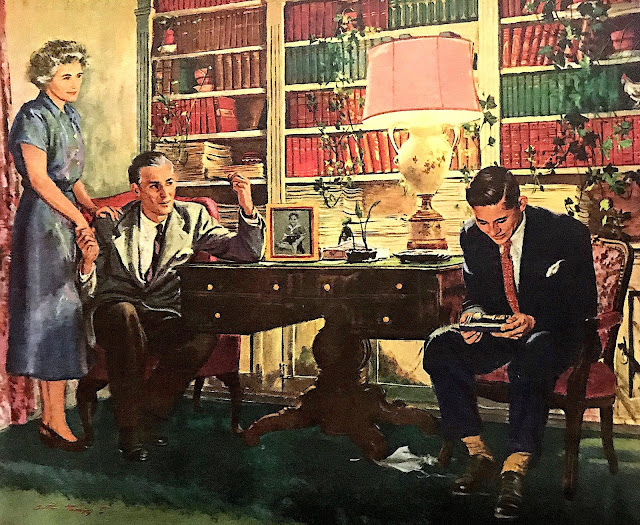 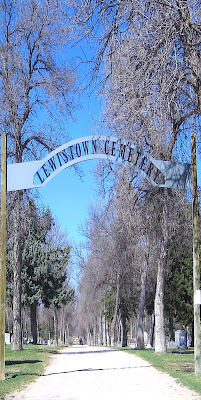 Visiting hour
Yesterday it was absolutely beautiful here in
Lewistown, Montana. For the third day in a
row the sky was blue, the sun shone strong,
and the thermometer hovered in the low fifties.
A rare winter phenomena that to any seasoned
Montanan is a gift from God. And therefore if
nothing else makes one feel incredibly blessed
to live here. Inspired by some higher being,
I decided to stop by the cemetery while driving
past. To tidy up and check on my folk's graves.
Which reminded me that on February 13th my
Mother will be gone ten years. Quite surprising
given it seems like she left us only yesterday... 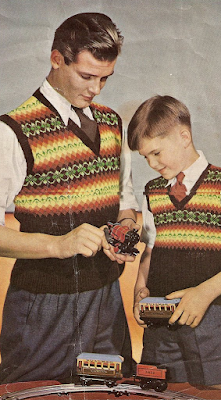 Gone today, back tomorrow
Losing one's parents has to be amongst the
most primal of experiences. Yet given that
life is if nothing else a cycle of transitions,
it's a phenomena we all go through. Letting
go is never easy. However my father's exit
was smoother as he'd battled Alzheimer's
for eighteen years. Hence when he finally
left us it was a relief. Given the man we'd
known and loved was gone long before his
body finally shut down. Whereas my Mom
was a force to be reckoned with until the
end. Causing my acceptance of losing her
to be a challenging and lengthy process. 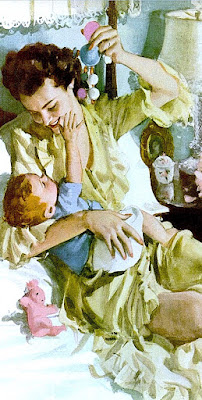 From start to finish
Ultimately I've learned that our parents never
truly leave us. They were there from the very
beginning (or in my adopted case a few days
later). So why we assume that death takes our
beloved away is rather foolish. At one hundred
and a half Frank's father is still with us. But if
I'm honest so are my parents and Frank's mom.
That's because they are the basis for our life's
experiences. And hence a part of the core of
who we are. Meaning that after their physical
beings depart this world, their love lives on
deep within our souls. An integral element of
what, when, and why we are who we are. 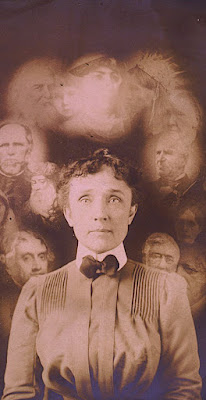 Ghost whisperer
Not a day passes by that I don't think of them.
Whether that's spurred by a spectral visitation
or an old memory really doesn't matter. Each
flashback is simply confirmation of just how
important my parents were and still are to me.
I don't need to visit the "Long Island Medium"
to know that they continue to join me on life's
journey. Therefore every lesson Ive learned is
somehow connected to something they taught
me long ago. Howard and Ethel may be gone,
but they are NOT forgotten. Which proves that
our parent's love never dies. Well at least not
until their child joins them on the other side.
Posted by montanaroue at 4:00 AM