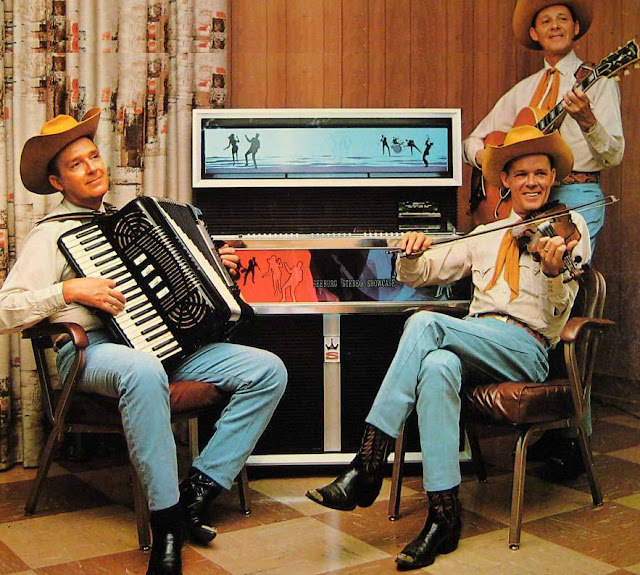 Gunfight at the OK Corral
Wherever one lives, whatever one does, and
whichever way one believes is only part of
what makes America great. Our democratic
system of government is a carefully tuned
amalgam of checks and balances. One which
while in recent times has seemed somewhat
challenged, ultimately brings us all together.
Whether we like it or... not. The outcome of
the recent government shutdown once again
proved that it's all about us. Not the warped
priorities of just one. Therefore on the short
term some win, others lose. In order that in
the end we ALL move forward as ONE.

The wild west
However let's be real. Politics is a divisive ever
churning process. One that by its very nature is
designed to insure that nobody gets their way.
While it's fun to watch said process from afar,
most of the same swirl happens in almost every
community, corporation, club, and some might
argue... family. Yet somehow in such situations,
most learn something in said process. Currently
on our local front there are many issues being
fought for. Those involved are if nothing else
passionate. Hence they revel in pouring political
gasoline on said fire. All while the rest of us sit
back and watch. And hope for the best.

Snakes in the grass
Some call those unwilling to participate in our
political process "the silent majority." Which
in part is rather unfair. Ultimately at least half
of Americans vote on election day. However
one might argue that all of us vote on a daily
basis in that we decide where we and how we
live, work, and play. Thus in essence those who
end up in the middle do so by choice. Somehow
we are able to see both sides and navigate our
way to a sweet spot. Whereas those actively
engaged can't see the forest for the trees. Or
could it be they're simply vipers who enjoy
nothing more than biting anybody in the ass. 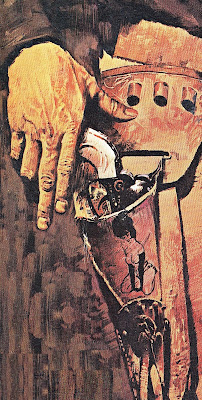 Locked and loaded
It's hard to separate the Washington political
wheat from the chaff. Mostly due to the fact
that we really don't know those we empower
to drive OUR government. The opposite is
true on the local front. Whenever I see a list
of folks who are backing a local initiative
I immediately know who they are, and what
they stand for. And if they're unknown to me
chances are somebody I trust knows them all
too well. Most are more than well-intentioned.
Some have obvious personal agendas. And a
very few simply who love to pick a fight with
whomever, whenever. They're never happy. 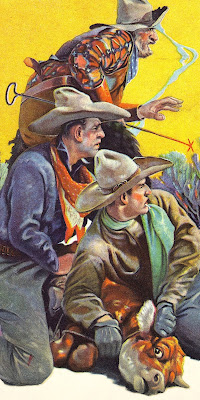 Pussy or posse?
What is most important is that somehow we
all work together to achieve a common goal.
Apathy is the enemy of democracy. There
have been times when most of Lewistown
opted out of active engagement in the process.
Opening the way for a group of power hungry
opportunists, warped zealots, lost lambs, and
some who are just plain ornery. Ultimately
the rest of us woke up and realized that both
sides needed to have a voice. And hopefully
we finally learned our lesson. Which is that
we can't let somebody else do our dirty work.
Especially a bunch of varmints and coyotes. 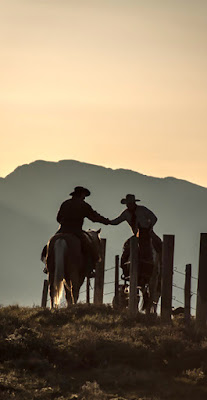 Friends and neighbors
A few blips aside, the majority of local folks
work together on a daily basis. Which is why
any grass roots effort in Lewistown inevitably
yields success. Be it stepping up to support
kids in need or those suffering from hunger,
abuse, or addiction. Or on a happier note -
supporting initiatives such as our community
pool, ice rink, archery range, labyrinth garden,
skate park, soccer fields, or a new creekside
park. So while I often worry about the things
that I read in the paper, I know that in the end
everything will turn out for the best. And what
could be greater and more American than that?