MAKE MAGIC WHERE YOU LIFE

Out and about
As I've often said, I'm more than happy living
in rural central Montana. By and large we've
everything we could want. Natural beauty, our
lovely home, and many treasured family and
friends. Hence I rarely if ever miss living in
New York City. Nor all of those other lovely
cities we've been blessed to call home over the
years. By and large living large is never as easy
as it seems. Fighting upstream against a mass
of humanity is much harder than living alone
in isolation. However every once in awhile I'm
reminded that of just that. And that wherever
one lives, happiness requires some extra effort. 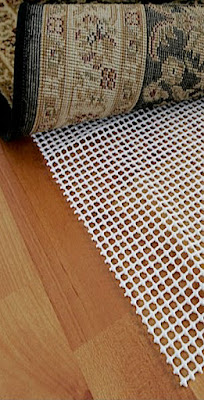 Safety net
Last week two rugs arrived in our store. Soon
thereafter I went out to buy some carpet pads.
You know, those odd rubbery things that help
insure one doesn't slip up? Over the years I've
purchased many from big box discounters or
local hardware stores. Yet post hitting three
local options, True Value (always first), Ace,
and Shopko - NOBODY had what I needed.
I could have gone to local broadloom dealers.
And found no off-the shelf options or custom
ones costing added time and money. And so I
compromised and bought carpet tape. Which
did the trick even if I didn't get what I wanted. 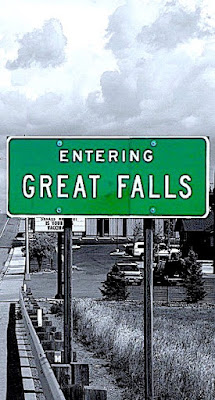 Electric city
I realize whining about the above sounds silly.
However coming up empty on something so
seemingly simple can frustrate even the best
of transplants. Most of the time I'm happy to
make do. Then Frank prods me to get out of
my head and our house. This past weekend he
organized two nights in Great Falls. One of
Montana's largest cities which is only one
hundred and six miles, yet a world away. It's
not the prettiest of places, and has seen better
days. On the surface it is run down, i.e. ugly.
And has never been on my top ten "must see"
list of destinations. Hence I went reluctantly. 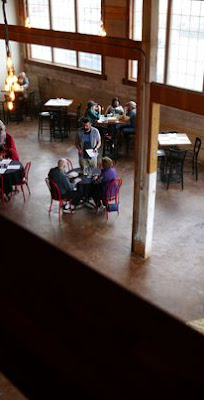 Chef's special
Long story short, I learned one can't judge a
book by its cover. Our first night we dined at
Fifth and Wine. A haphazard eatery located
in a cavernous loft sporting my least favorite
dining options - high top tables. Weak decor
aside, our meal was AMAZING. Honestly,
Frank and I have eaten our way across the
world and what we consumed that night was
amongst the best we've had in ages. Maybe
I've been in Montana too long. The braised
pork belly on red cabbage with apples and
the almond bread pudding providing more
than enough motivation to return yet again.

Work in progress
The next day we wandered about town. Sadly
like many older industrial cities it has lost it's
luster. After several decades of declining jobs
and population it's struggling. Which may be
why most locals exude an aura of defeat. The
local mall is almost abandoned. Downtown
Central Avenue -  its one vibrant retail core is
empty and barely holding on. Yet once we
ventured out beyond city center we found all
sorts of mega homes near the country club or
on the river. Which causes me to wonder why
Great Fall's monied folks aren't reinvesting in
their community's future. Or are they?! 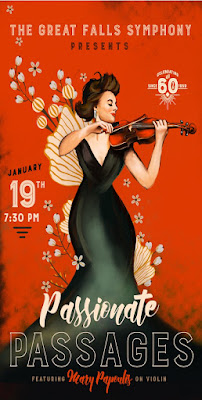 Flight of fancy
Last night we went to the symphony. Staged in
the city's art deco auditorium, their performance
of Dvorak's Slavonic Dances, Lalo's Symphonie
Espagnole, and Beethoven's Pastoral were quite
outstanding. Which reinforced that we don't live
in the middle of no where. Yet while Great Falls
may be a nice place to visit I don't want to live
there. Thus whether it's Beethoven or a carpet
pad from Target - everything we lack at home
in Lewistown is easily within reach. All that we
have to do is plan ahead and enjoy the ride. Or
better yet, find a way to create magic right here
in Lewistown. All you have to do is dream...