THE FAT OF THE LAND 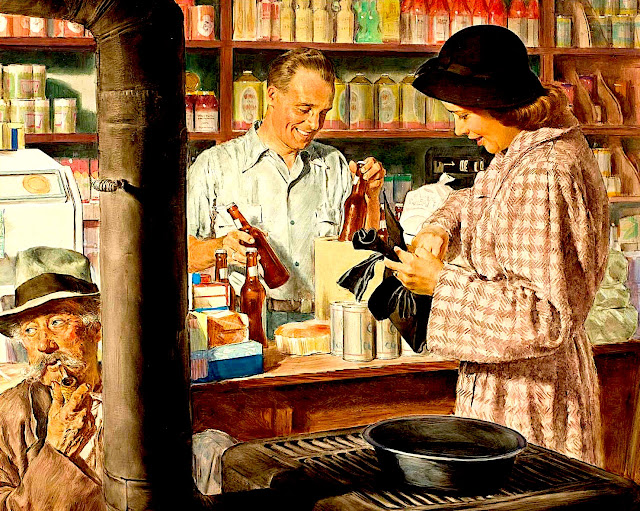 Point of purchase
Some have equated our transition to Montana
with the downfall of civilization. The idea that
someone might opt to reside in rural Lewistown
instead of urban Manhattan is baffling to some.
However I can assure you that while at times it
can be challenging, little is more satisfying. Not
that it's easy. Nor that all aspects of an isolated
existence are beyond fulfilling. Food continues
to be a challenge. However over the years our
grocer has improved dramatically. To the point
that we can now easily purchase "gourmet" and
"organic" items once far beyond reach. Thus in
theory we've no excuse for not eating healthy. 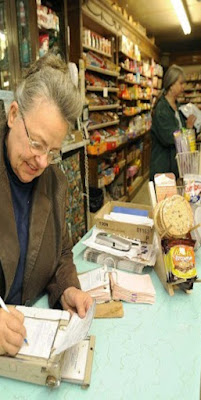 Lean and mean
Theres no doubt that being far from it all can
stimulate a lack of demand. The other day the
National Bureau of Economic Research issued
a working paper on healthy grocery purchases
by county nationwide. It showed that the least
healthy citizens in the U.S. were residents of
adjacent Musselshell County Montana. With
a population of forty five hundred residents it's
density is only two people per square mile. Per
my research there are six communities within
it's limits. And three grocery stores. IGA and
Van Dykes in Roundup. Plus Lazy JC Drug &
Hardware in Melstone. And gas station stores. 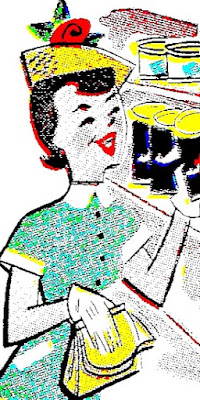 Limited visibility
Which means that grabbing a gallon of milk
is not be as easy as you think. Musselshell
County straddles an area 58.2 miles wide by
43.1 miles high. Depending on where you live
it could be at least forty miles to a grocer. In
addition Musselshell County's population is
challenged financially. Median household
income hits twenty five thousand dollars.
Whereas Montana's is fifty thousand and
nationally households average fifty nine per
year. Given limited options and circumstances
it's understandable why fresh vegetables and
fruit might be scarce. But is that the issue?! 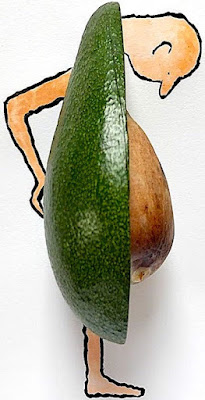 Fat chance
The experts have reached a conclusion. And
that is simply that some folks purposefully
opt to eat an unhealthy diet. Apparently the
residents of Musselshell County choose to
ingest the worst foodstuffs rather than what
are known to be good for you. They are not
alone. In fact many counties in all parts of
this country have the same problem. And
while it would be nice to blame economic,
cultural, or geographic issues, the data isn't
there to place blame on anybody but the
residents themselves. Like it or not, they
choose to live off the fat of the land.

Off the menu
While major cities combat the ill effects of fast
food, that's not a problem back in Musselshell
County. You see, there are NO fast food outlets
within it's boundaries. That doesn't mean one
can't get their fair share of deep fried delights.
However they're only available at joints like the
Conoco gas station on Main Street. Or you can
stop by the Busy Bee cafe for a burger and a
slice of pie. However if you're a vegetarian -
you're out of luck. The fact is vegetables aren't
considered an important part of the local diet.
Hence the conclusion of the above mentioned
study. It seems the locals refuse to eat healthy. 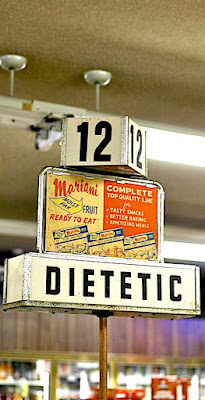 The people's choice
Digging into the data led me to the conclusion
that in comparison Lewistown seems to be the
healthy choice. Given the variety of naturally
good options at our one and only local grocer -
somebody besides us is eating well. However
finding food that's good for you when dining
out is easier said than done. That is unless you
consider chicken fried steak good for you. With
the exception of a trip to the salad bar, you may
or may not get some veggies with your protein.
Our Chinese and Thai restaurants offer healthy
fare. That is if one steers clear of deep fried
egg rolls or sweet and sour pork. It's up to you! 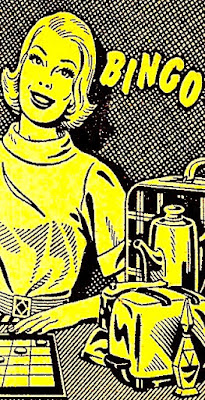 The biggest losers
Recently our family went to a local restaurant
to play BINGO. Fact is we'll do anything to
make our ninety nine year old father happy!
As we enjoyed the bingo and company, we
gambled with our lives as we ordered off a
menu full of unhealthy fare. We struggled.
Yet everyone else seemed to be enjoying
their meals. Proof that the experts are right.
Economics, regionality, demographics, and
accessibility may impact healthy eating. But
preference remains a matter of choice. Thus
until the rest of town cleans up their act we
will continue to fry in hell when dining out!
Posted by montanaroue at 4:00 AM