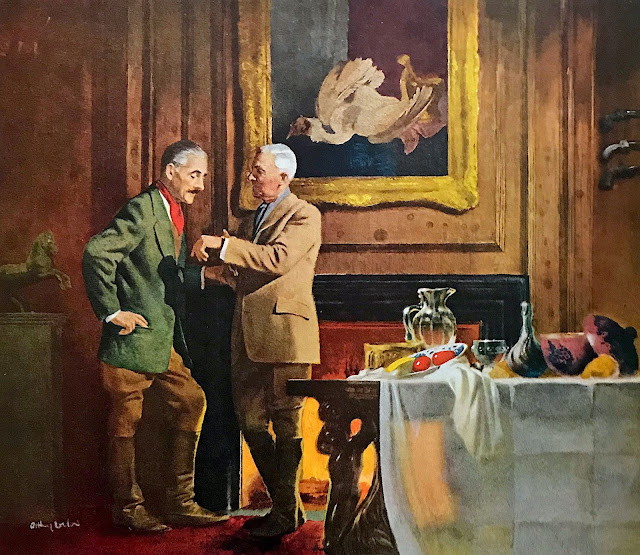 Given the circumstances
Lately I've worried that I've let my guard down.
At least as it relates to sartorial issues. As the
global casualization increases, it's challenging
to dress for success. And frankly, since exiting
Manhattan for a full-time return to rural Montana
there's been little to no reason to strut one's stuff.
Post our return we've been immersed in an arctic
onslaught. Somehow subzero temperatures shift
one's selections from form to function. Causing
this former fashionista to select ensembles based
on personal benefit versus external impact. Let
alone trendiness. Have I given in? Or worse...
given up? Has this former fop become a flop?

Bottomed out
Increased age and girth are added barriers on
the fashion front. With several closets full of
skimpy castoffs, I really should be dieting.
Rather than shop for larger togs, all I need to
do is lose twenty, thirty, forty or fifty pounds.
Post shedding pounds I would have at least
ten to twenty "new" blazers alone to choose
from. Yet at this point in life who wants to
sacrifice instant gratification in order to dress
accordingly? Yet somehow, I'm bored with
my closet and ready for a change. Having
always been a voracious shopper, part of me
wants new options. Yet would I wear them?

Black out
Like it or not, we're no longer city boys. Hence
so much of what we have (and still fits) simply
isn't appropriate given where and how we live.
For example theres little to no chance that Frank
nor I will don our formal wear anytime soon.
The same applies to fancy cocktail gear such
as embroidered satin or velvet dinner jackets.
Tom Browne's skimpy suits may be de rigeur
in some urban enclaves. However were I to don
such attire here in Montana, folks would only
assume that I'd outgrown my limitations. All of
which means that at least here in Lewistown,
much of our existing wardrobe is futile at best. 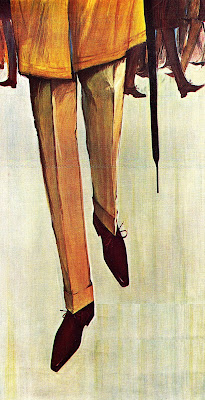 Best foot forward
Don't worry. It's highly doubtful that either of
us are about to embrace our inner lumber jack.
Hence fleece or flannel are NOT in our future.
That said, I've learned the hard way that thin
soled Italian loafers are not appropriate in sub
zero climes. A fact that limits one's options to
rubber soled shoes, muck boots, and my Gucci
"jelly" loafers. Which may cause me to worry
about what my friends back east would say if
they bumped into the new Montana me. Would
they assume that I'd "lost it"?! Or even worse,
that I'd finally succumbed to the evil influence
our obvious national dress code - mediocrity?!

Fine and dandy
If one looks around, both Frank and I still stand
out. Even if we've dumbed down our stylistic
approach to everyday existence, we still think
about what we wear. Whereas most of our fellow
male Montanans appear to subscribe to the roll
out of bed sartorial school of thought. Therefore
I prefer to attribute my fashion malaise to the
season itself. Fortunately very soon spring will
blossom. And I'm confident that once again I'll
be the only guy in town wearing a hand-knit
coral cardigan. Let alone Nantucket red shorts.
Meanwhile until then, I, myself, and my limited
wardrobe will stay close to home and hibernate.
Posted by montanaroue at 4:00 AM