YOUR LOSS - OUR GAIN

Mistaken identity
Have you ever known you were totally right?
Only to discover post a proper fact check that
you were absolutely wrong?! The other day I
was looking for something. An item that I was
certain I owned. So I dug through cabinet after
cabinet. Closet upon closet. Nook by nook. I
was baffled. Where could it be? Then someone
who knows better asked me whether I was truly
certain that I owned the item in question. With
much chagrin I tartly responded "Of course, I
even have a photo of it." Soon thereafter a deep
dive into my files indicated they were right. And
that I couldn't have been more wrong if I tried. 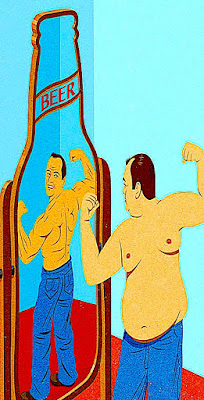 Alternative facts
The fact is I've never owned any such thing.
Proven by the fact that it didn't exist. Nor
was there a receipt, record, or any concrete
evidence of my possession. Thus reluctantly
I had to admit that not only was I mistaken -
but there was a strong possibility that I am
delusional. How is it that at times one can
convince themselves that misperception is
in fact reality? And even when confronted
with the error of our ways vehemently deny
we're in the wrong. The our excuse for said
self-inflicted fallacies is there must be some
glitch of the brain that makes fantasy reality. 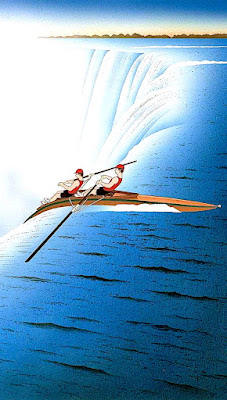 True or false
That's the only explanation for some folk's
bad behavior. It's highly doubtful that they
consider themselves bad people. Often the
most delusional blithely wreak havoc sans
any knowledge of it's negative impact. In
their minds they are the good guys. When
confronted with their misdeeds - claiming
innocence of any wrong doing. Yet nothing
could be farther from the truth. Driven to
win at all costs, they convince themselves
that their priorities are the only way to go.
Hence they drag us over to their side. Even
if that requires pushing us beyond reason. 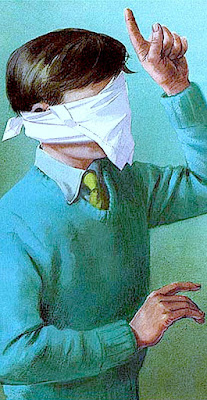 Blind leading the blind
Consider our friends in Washington D.C. Each
of our representatives has their own agenda.
From the top down they are focused on doing
whatever it takes to make sure their priorities
are met. Whether that's good or bad for the rest
of us truly doesn't matter. In order to maintain
themselves in the manner they are accustomed
to they cater to those who voted for them. The
end result being a convoluted process that can
at times seem out of touch with reality. That's
because at some point they all must agree. So
could forcing a disparate bunch of despots to
work together actually in our best interest?! 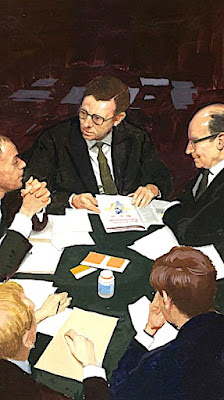 All for one, one for all
Some argue that mixing varied priorities into
a common goal creates pablum. Sans serious
consideration of contentious diversity - any
outcome might be skewed at best. Yet while
being frustrated by our leader's  inability to
gain momentum, I consider such inertia to be
reassuring. That's because detente forces both
sides of the schism to sit down and work it
out. Whether they like it or not. And within
said spirit of cooperation - ultimately develop
a solution that benefits most if not all all us.
And isn't that what many consider to be the
proper manifestation of the American way? 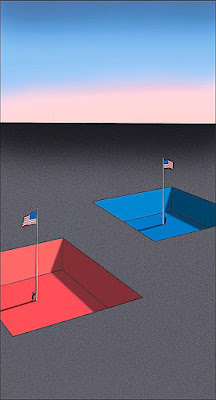 Opposites attract
Left or right, blue or red, conservative or
liberal, each extreme benefits from their
opposite's derision. And at least in theory -
seeing and hearing the other's side provides
validation plus the occasional insight. The
truth is little is harder which is exactly what
our forefather's knew when they established
our democratic process. Call it yin or yang,
good and evil, positive and negative, pro or
con - each extreme ultimately brings both
sides to somewhere they might otherwise
never tread. Thus rather than deliver defeat -
compromise inevitably guarantees salvation.

Ray of hope
Nothing is better than being reminded that at
times even the best of us can be wrong. Fact
is the most dogmatic of us can be taught new
tricks. We simply must be ready and willing
to see the light. And while often easier said
than done, be able to participate in a process
that facilitates negotiation, interaction, and
ultimately resolution. Therefore we should all
be grateful for any stalemate - all conflicts -
and any form of stonewalling. That's because
ultimately - we'll come to see the light. And
inch by inch, step by step, decision by decision
meet on common ground. God bless America!
Posted by montanaroue at 4:00 AM