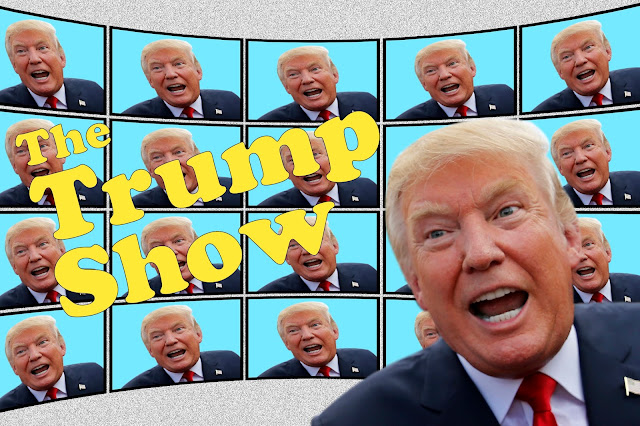 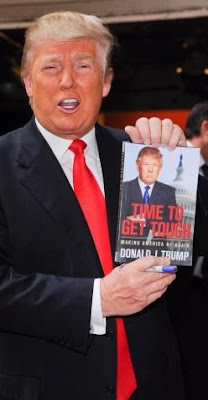 The art of the deal
In today's world - watching the news is the
ultimate expression of reality TV. At times
seeing what is really going on in our world
is SURREAL. Missiles fly over Japan while
children cower under desks. Early morning
commuters burst into flames on the London
Tube. Vehicle mow down innocents when
least expected. All while investigators delve
deeper into covert Russian relationships in
high places. Even more bizarre is our tweet
consumed Chief Executive and super model
First Lady striking a pose as they tour Irma's
destruction in Florida. How can this be real? 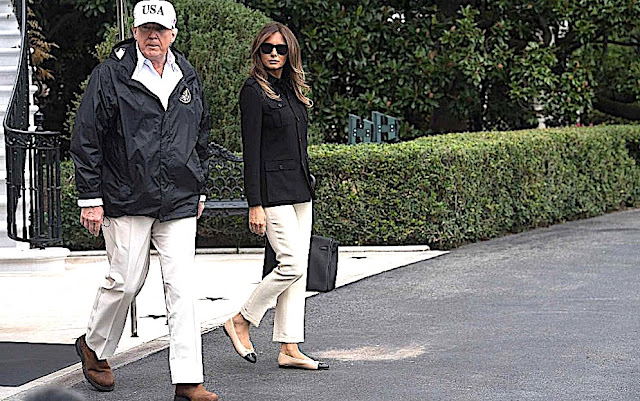 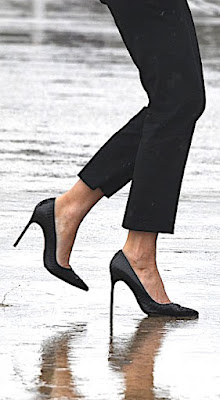 Best foot forward
I'm as much of a fashion victim as the next
person. Thus I had to cut our "FLOTUS"
some slack when she caused an uproar for
strutting in six inch stilettos on her way to
Texas post Hurricane Harvey. Fact is that
the lady in question changed into sneakers
before mixing with the masses so in theory
it was much ado about nothing. However
it seems that lovely Melania did not learn
her lesson. A few weeks later she traveled
to view Hurricane Irma's wrath carrying a
Birkin and wearing a pair of classic Chanel
ballet flats. REALLY? GET REAL GIRL! 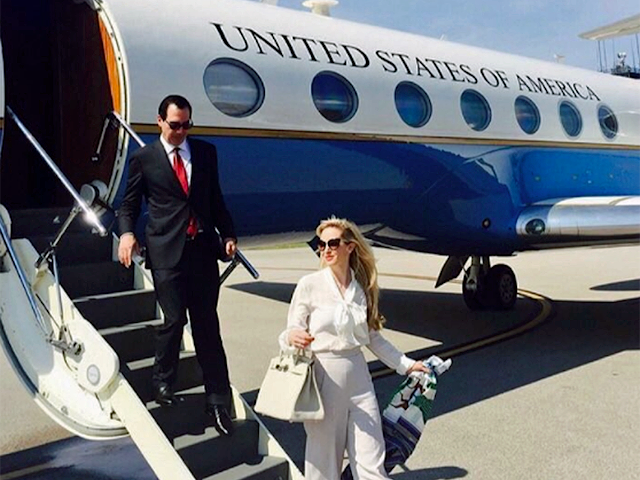 Seeing is believing
The fact is whatever side one falls on - almost
everyone is coming to the conclusion that we
can't trust whatever these people do or... say.
Take Secretary of the Treasury Steve Mnuchin
and his trophy wife. It's bad enough to flaunt
the benefits privilege and status accord. Even
worse is that the man responsible for keeping
our country's coffers full feels he must travel
in the style to which he is accustomed at our
expense. Excuses aside, he and his babe did
conveniently schedule a "tax overhaul event"
at Fort Knox to coincide with the total solar
eclipse. Talk about leveraging an opportunity. 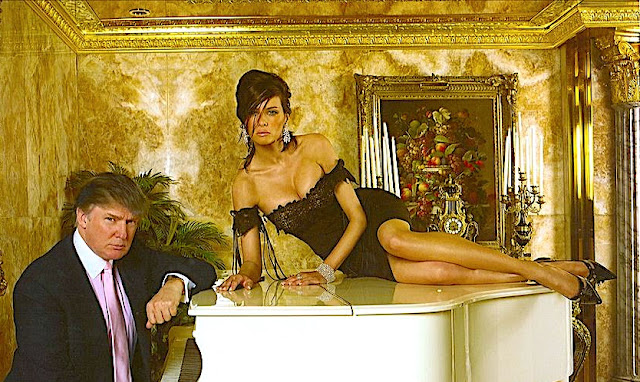 Turn coats
Some say there is no accounting for bad taste.
However such affronts inevitably come with
exceptionally high price tags. Donald Trump
may consider the White House "a dump." Yet
many consider his twenty four carat Trump
Tower triplex a decoratively criminal offense.
Post invading the White House - Pat Nixon's
humble cloth coat was trumped by Milania's
$51K Dolce & Gabbana uber embroidered
version. So why would we be surprised by
such a decadent disregard of what was once
considered "politically correct?" Now their
message is simply "let them eat crumb cake." 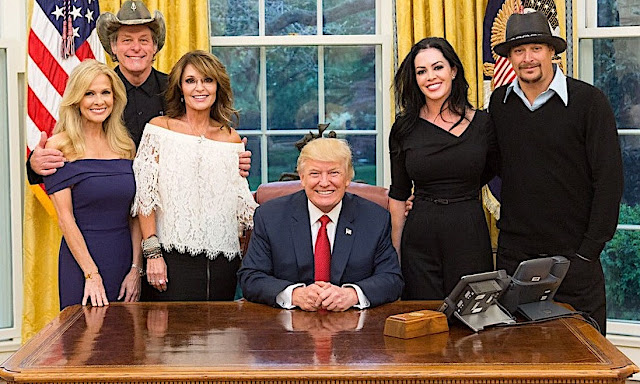 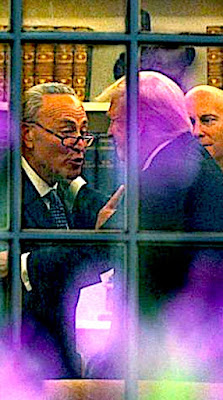 Guess who's coming to dinner?
What goes around comes around. As proven
by the fact that after two hundred and thirty
eight days almost everybody is now offended
by our capricious Commander In Chief. Like
any self-consumed deal maker - Donald will
do whatever it takes to get what he wants. So
rather than continue to be tenuously tethered
to reluctant Republicans he's cutting deals
with Democrats over dinner. Indication that
the majority of his campaign promises were
as hollow as the man himself.  Watching Mr.
Trump in action is further evidence that he
has no loyalty but unto himself ALONE. 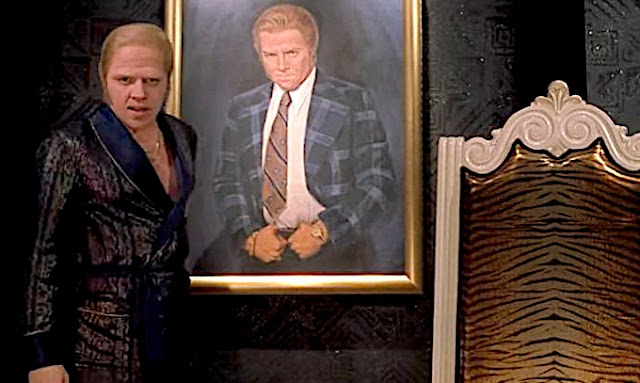 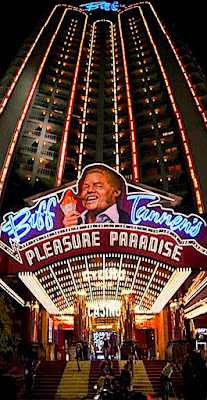 Back at you
Nothing should surprise us in a world where
bleached blonde Presidential Advisors spew
"alternative facts." At times even the most
bizarre of nightmares can suddenly come true.
I can't help but see parallels between fictional
characters and those who are now ruling the
roost. If you want to see something scary -
I suggest you watch "Back To The Future II.
When the hero travels to the future he finds
that his nemesis has built an empire out of
ill gotten gain. Please look at the villain very
carefully. Chances are you'll see an uncanny
resemblance to someone you know...