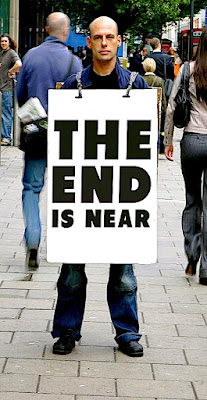 End times
Hurricanes. Fires. Earthquakes. Terrorists.
Drought. War. Recently my fundamentalist
Mother has been whispering in my ear. If
she were still here Ethel would be harkening
"the end times" given the seemingly endless
stream of recent crisis. While locusts or other
such plagues have yet to descend upon us -
theres no doubt we're under attack. Mother
Nature along with mankind at large seems to
be challenging our collective resolve. And yet
amazingly, we the people have proven that we
have the power and resolve to bravely confront
such affronts against all odds. 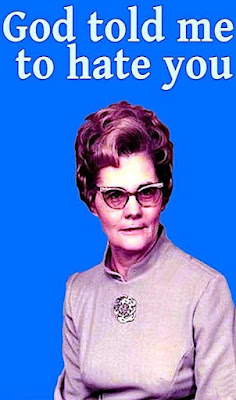 What in the name of?
Starting with the Kansas City bombing in
1995 Americans have learned that a small
minority can alter the destiny of thousands.
Yesterday was the sixteenth anniversary of
September eleventh. That day we realized
that even here on our shores - Americans
are vulnerable to terrorist attacks. However
within the last years cruelty have reached
levels beyond anybody's worst nightmares.
Across the globe former friends, colleagues,
and neighbors are lashing out at each other.
And unfortunately, do so in the name of
whatever God they choose to follow. 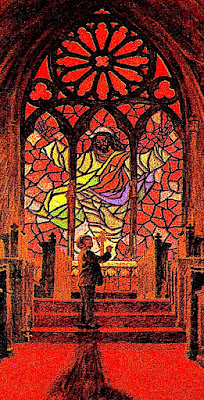 Mass exodus
Since the dawn of time people have used
religion as an excuse to attack, torture, and
kill others. Somehow I highly doubt that
any supreme being truly wants their dogma
and/or ideology used as a battering ram
against innocent bystanders. Last Sunday
my daughter "E" asked if I was going to
church. I reminded her of my decision to
abstain from organized religion. While
based on a series of negative experiences,
it's also driven by the realization that some
of the greatest affronts against humanity
are done in the name of God. 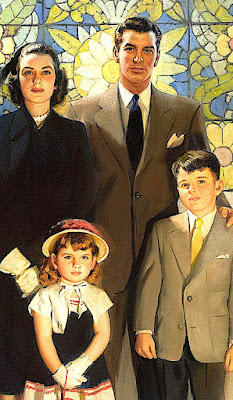 Good intentions aside
While I continue to be a man of faith I can
no longer participate in such an organized
exercise of prejudice and punishment. Do
not get me wrong - there are many lovely
church families filled with good folks doing
amazing things. However I must remind us
all that humans are all too human. Therefore
any gathering of such creatures is apt to lead
to mischief. All too often those who share
common beliefs prefer to lash out at rather
than welcome alternative perspectives. And
while un-godlike - it's sadly seems to be the
manifestation of old time religion. 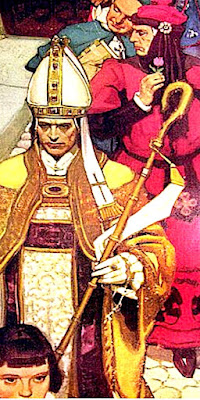 Blind leading the blind
One could argue that we don't have to agree
on everything. And yet on any given Sunday
poison is spewed from many a bully pulpit.
Rather than preach inclusion and acceptance
some opt to promote derision and exclusion.
Causing one to wonder where God is in all
of this? Does he or she truly condone cruelty
wrought upon others in their name? Could
all of this turmoil, terror, and tribulations be
simple proof that we've lost our way? Is this
an opportunity to reconsider the error of our
ways? And possibly chart a course towards
righteousness, salvation, and fulfillment? 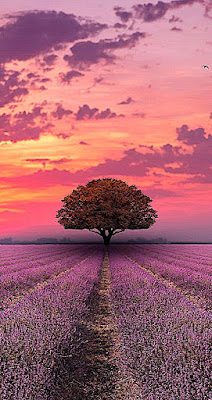 Anyplace but here
Post trauma victims experience transformation.
It's been said that sans pain there is no gain. If
nothing else each and every crisis is a wake up
call. An opportunity to think out of our self-
imposed constraints. To reconsider all that we
historically held dear. And ultimately discover
motivation to move on to an even better place.
Whatever one calls that destination - heaven -
gan eden - elysium - vaikuntha - nirvana -
redemption awaits for those who are open to
enlightenment.  Thus in times like these we're
reminded that the best is yet to come. And no
matter the obstacle - we SHALL overcome. 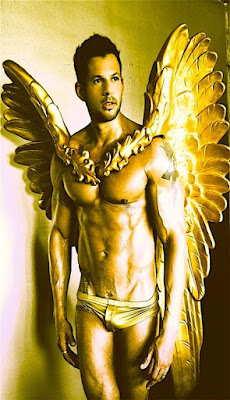 Gold standard
The common thread of just about every
faith is the Golden Rule. Yet often that
core dictum is forgotten. What could be
easier than treating others like ourselves?
If we all did just that, our world would
be a better place. Church attendance is
not the only way to put faith in action.
All that's necessary is the willingness to
give and receive. And simply leading by
example is the best way to show others
the way. Therefore I plan to do just that.
If only to prove that old time religion is
good enough for me and... the rest of us!