THE ULTIMATE BRUSH OFF 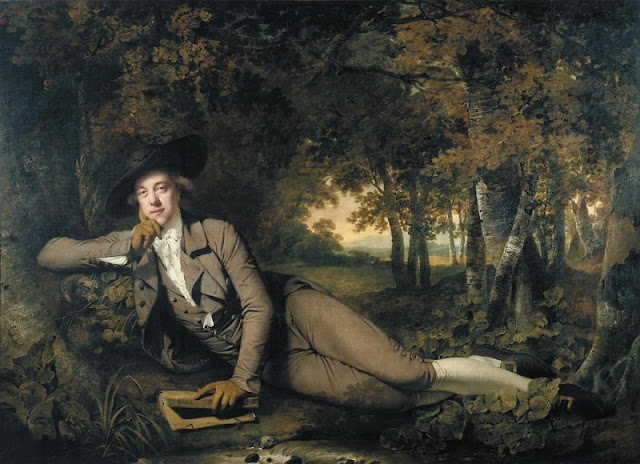 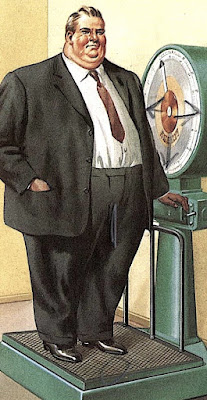 Off the record
I refuse to have my picture taken. Or to at least
purposefully participate in any visual record of
my presence. What I see in the mirror is awful
enough. But purposefully having said visage
immortalized via a sharp lens is terrifying. Part
of me has become quite comfortable within my
expanded skin. After all the joys of that extra
glass of vino and dessert far surpass fitting into
a size or two smaller. Therefore purposefully
recording my posterior for posterity is not the
kind of spectator sport that I want to participate
in. Thus someday I hope my girth will be but a
faint memory. Gone and thankfully forgotten... 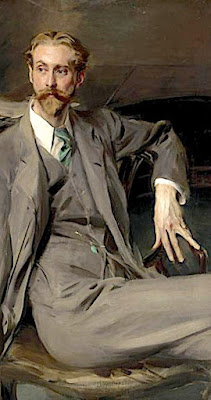 Forever and a day
That said, is there anything more decadent
and/or glorious than having one's portrait
painted? As a devotee to Mr. Singer Sargent
and James Whistler I have often wondered
just what those they immortalized actually
looked like. And yet in truth whatever their
reality was - it doesn't matter. We are now
left with the artist's perception. Thus said
individuals will live on via the verve, chic,
and panache of a few strokes of the artist's
brush. Causing one to wonder why so many
chronicle their every move via social media.
Often only to leave the wrong impression. 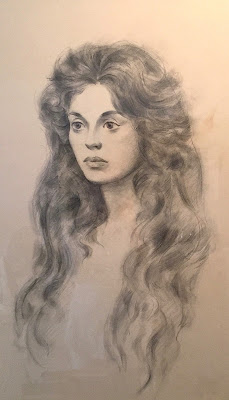 Love eternal
It's been said that art is a window to the soul.
Any portrait is a testament to the relationship
between creator and subject. My bestie "T"
is the daughter of an artist. Robert Baranet
was in my opinion one of the best ever. His
abstracted landscapes ALWAYS take me to
a better place. Hence I treasure the pleasure
of living with his work on a daily basis. Yet
much of his life was spent painting portraits.
Many of "T" during her formative years. As
someone who knew both - said paintings and
drawings prove that Barry loved and adored
her. What could be a more lasting tribute? 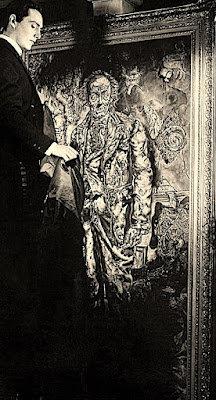 Rude awakening
Creativity is capricious at best. Little could
be more personal than seeing yourself via
an other's eye. There is an element of risk
in allowing any artist to immortalize their
vicarious view of you for future generations.
What if they don't like you and that shows?
Or much like Dorian Gray they record your
darkest secret for all to see. Hence a painted
or drawn portrait is skewed at best. It can
either demoralize or immortalize. Exposing
oneself in such a way could cause one to
lose face. Yet such a gamble might be well
worth the risk. What if it's magnificent? 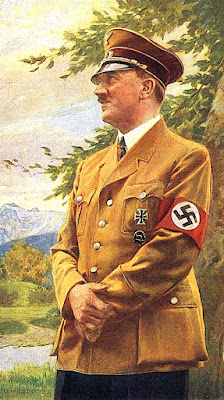 Face value
Some of the most impactful and memorable
portraits are political. Gilbert Stuart's image
of George Washington is now iconographic.
Adolf Hitler posed for hundreds. Kim Jong
Un has blanketed North Korea with his face.
Yet the walls of our government buildings
remain blank due to the lack of an official
portrait of our President. Excuses for said
deficit are Donald Trump's busy schedule.
Further research indicates that to date - all
artists asked to paint his puss have declined.
Hmm... one wonders what they see that we
don't? Ultimately what will history show?