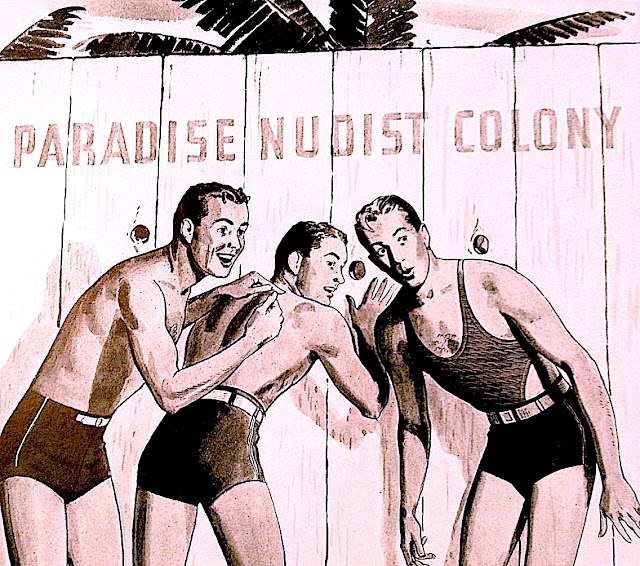 Size matters
Recently someone posted this image (to the
left) on their Facebook page. Frankly I was
rather surprised to see such a sophisticated
image springing out of Lewistown, Montana.
Quite charmed I immediately forwarded my
compliments. Only to discover that I was
once again in the minority. Apparently few
"liked" it. Instead the bulk of feedback were
suggestions that such a "lewd" image might
not be appropriate for public consumption.
And suddenly I was reminded that within the
confines of my small town resides many small
minded folks who obviously can't think big. 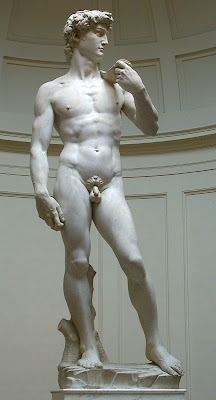 Odd man out
Obviously anyone who reads this blog knows
that I'm anything but a prude. While I've NO
desire to publicly expose my limitations I do
feel there is nothing wrong with others doing
just that. The human body is a work of art.
Since the dawn of time artists have recorded
it's form and function for all to enjoy. Sadly
it seems that those most provincial struggle
with the idea of exposing one's body for all
to see. They can't seem to separate carnal
thoughts from artistic representation of the
human form. And in expressing their shock
they expose nothing more than their naivety.

Innocence lost
Let's strip this issue down to the bare facts.
Each and every one of us have a body. In
addition the majority of us participate in
some form of sexual activity on a regular
basis. Usually involving another person.
Which often requires removal of garments
for better access. Thus in theory it makes
sense to link nudity with sexuality. And yet
what could be farther from the truth? Most
of the time that one is naked - they're alone.
Be that in the shower, bath, dressing room,
or boudoir. And if one is honest, letting it
all hang out feels rather nice. Not naughty. 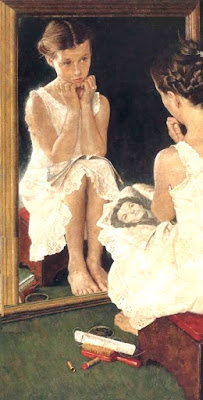 Mars versus Venus
Men by their very nature are nudists at heart.
Given a chance they're more than willing to
air their grievances. Whereas women are their
own worst enemies. My friend "D" is a style
expert. She reports that men look in the mirror
and see "Greek gods".  Whereas on reflection
women accentuate the negative. Therefore it's
no wonder that most ladies abhor any blatant
form of exposure. They prefer to strategically
apply subterfuge in order to maximize what
they consider to be their liabilities. Thus boys
will be boys while girls prefer to be anyone
but themselves. And isn't that a SHAME?! 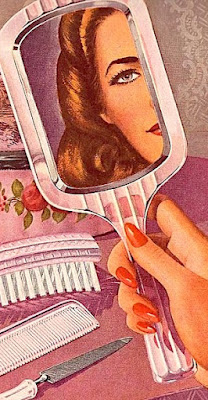 Show & Tell
Misery loves company. It's no surprise that
self-loathing is the root of much of what we
define as evil. The naked truth is that those
who find fault with themselves have issues
with any display of the human form. Hence
pernicious prudery is the ultimate cover up
of an attempt to make something pure and
beautiful ugly and sinful. Don't worry, I'm
not suggesting that in protest we all strip and
bare our souls. However at times it may be
necessary to expose an egregious attempt to
limit self expression. Nude needn't be rude.
It's all in the eye of the beholder... 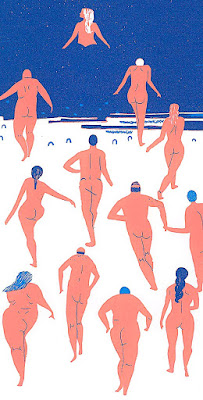 Grin and bare it
At this point in life I don't like what I see in my
mirror. However after having spent many days
on the "clothing optional" beach I know that
I'm not alone. Strutting one's stuff en masse is
the best of common denominators. Proving
that we all have the same bits and pieces. The
only difference being size and scope. And so
theres nothing sexy about unlimited exposure.
In fact, post seeing it all one questions what
all the fuss is about. Rather than judge others,
why not celebrate what God has wrought? And
instead of hiding our faults - let's grin and bare
all that makes each of us so special and unique!