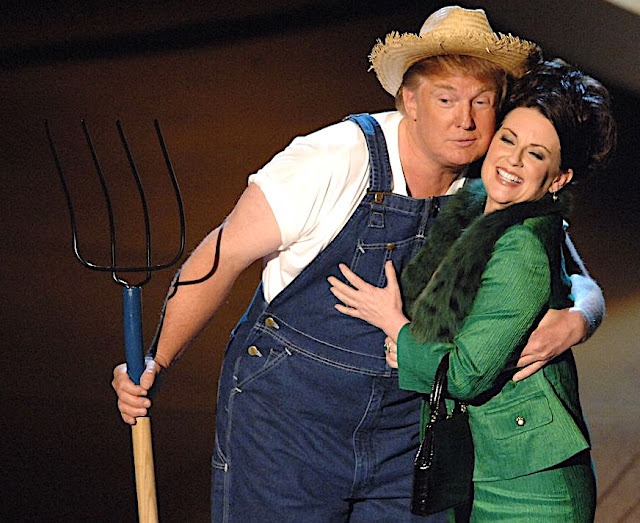 Howdy pardner...
It's been said that opposites attract. No wonder
straddling two dramatically diverse extremes
seems to make both Frank and myself happy.
Call it yin and yang, near and far, big or small -
balancing our lives between rural Montana and
urban Manhattan just makes sense for us. It's
not that we're schizophrenics. Nor a couple of
discontents who can never seem to be happy
wherever we are. Rather we're two seasoned
gentlemen who have been there, done that.
We've found that a balance of two sides creates
the best of worlds for us. And so our nirvana is
neither here nor there but somewhere in between. 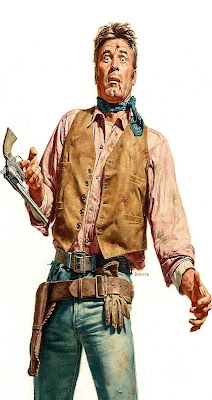 Right between the "I's"
The question is whether such a dichotomy is
such a bad thing? Could it be that the tension
that accompanies two extremes might insure
nirvana? I must admit our current political
climate makes me more than uncomfortable.
While gun toting candidates may appeal to
those far south of the Mason-Dixon line, they
terrify me. Yet such a stance is if nothing else
a rallying cry for leftist liberals like myself.
Radicalism by it's very nature draws a line in
the sand. And from whatever end one's stands -
a concrete point of demarcation which is if
nothing else a starting point. It gets us going.

First ass
In theory we all don't have to agree. However
inevitably it's in our collective best interest to
balance both side's priorities. The antics in
Washington DC have so far proven two things.
First that we humans are Pavlovian in nature.
Given the chance of a repeat performance, our
natural tendency is to show our true colors.
Some suggest what's good for the goose is
good for the gander. Yet little could be farther
from the truth. That's the only way to explain
those who promise to drain a swamp. Yet do
so far above from the comfort of a private jet.
You can't have it both ways. Or... can you?!

How firm a foundation
My second epiphany is that recent power broker
antics in Washington DC prove our forefathers
were damned smart. The governmental structure
they crafted two hundred and forty one years
ago is still working today. It forces both sides to
come together. Or when incapable of doing so -
facilitates a state of suspended animation. Said
political purgatory not only offers redemption
through cooperation. It provides the perfect
context for both ends of the spectrum to meet
somewhere in the middle. While said process
may not be the easiest - it ultimately insures
freedom, liberty, and justice for ALL. 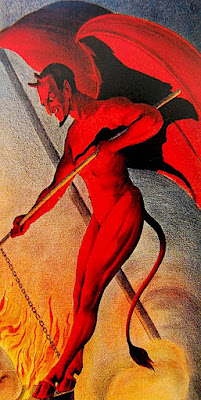 Better the devil you know
The next time whatever side you're against
infuriates - be grateful. While most of us
may consider a devil's advocate demonic -
they're simply doing their part. And if I've
learned nothing during the Trump's rule so
far, it's that neither side actually believes
they'll win. Hence while evil specters such
as Steve Bannon make me uncomfortable -
said creep plays an invaluable role. Hate,
prejudice, and vile vitriol have a purpose.
They put everything in context. Meaning
that radical rightest rhetoric affirms and
strengthens our resolve. Evil isn't all bad. 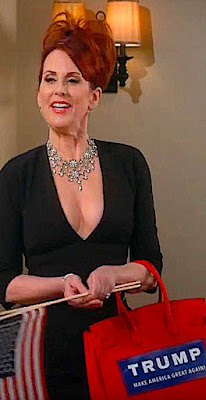 Send in the clowns
Maybe the only way to appreciate all that we
have is to almost lose it. While at times I fear
our nation teeters on the edge of extinction -
I'm periodically reminded that all is good.
Will & Grace just returned to the airwaves.
Like most of us, the last decade if nothing
else put everything in context. We're older
and wiser. And like Karen - few if any of us
have time for fools. Watching my four old
friends vivisect our current political crisis
affirmed that I'm not alone. Hence it was
glorious to have someone else do the talking
for folks like me. But will America listen?! 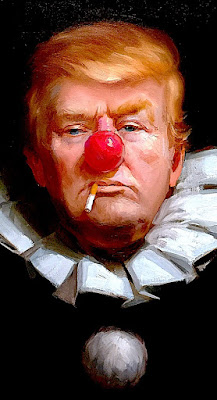 The last laugh
All we can do is laugh at ourselves. There
has to be humor in all of this. The good
news is that both sides consider the other
nuts. Thus for many reasons I'm somehow
finding a sweet spot amidst our political
schism. So let them rant and rave. Who
cares if anything they say is true? In fact
the more outrageous the better! Now it's
on the record. We know from whence it
came and visa versa. If nothing else your
mania affirms my sanity. In the end I'm
confident common sense is the common
denominator. Ultimately we'll all win!