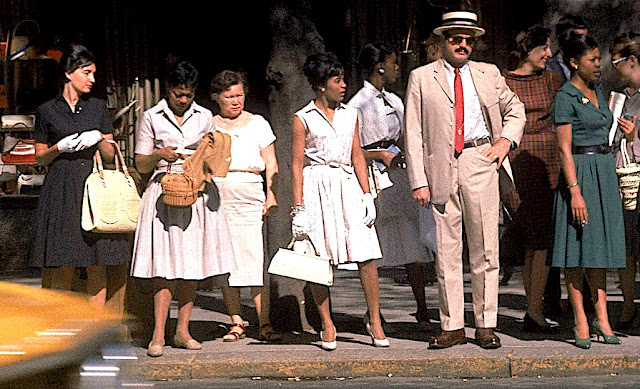 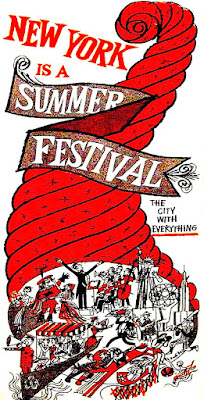 Heat zone
I'll admit that I'm still adjusting to summer
in the city post three summers spent in non-
humid Central Montana. This concrete jungle
sizzles and smolders due to a mix of extreme
temperatures and over the top humidity. Plus
it doesn't help that space is limited and there
are plenty of folks trying to beat the heat. Each
morning I have a choice. Either I walk one and
a half miles to the office or ride the subway a
few stops. Both options are workouts therefore
neither allow me to cool my heels. In essence
I must choose between the lesser of two evils.
Each guaranteed to make me break into a sweat. 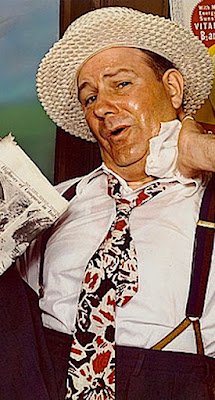 Dampened outlook
Once I arrive at the office I'm rather sodden.
So I sit in front of a fan for fifteen or twenty
minutes to blow off some steam. Soon I'm
back to my old tricks meaning that I'm cold
then hot then cold etc. By the end of the day
I've chilled enough to face the elements once
again. However I choose to return to home
one thing is certain. And that is that I'll be in
the shower within five minutes of arrival. In
theory all of the above should have some sort
of benefit. Yet to date my scale indicates that
whatever I'm doing between my commute via
steam bath is NOT burning any calories.

Leader of the pack
One would think that during the summer most
New Yorkers would turn down the heat. Yet I'm
amazed at how many folks continue to push the
speed limit. By our jaded nature we urbanites are
oblivious to the rest of the pack. In our singular
focus to get wherever we want to go, many push
and jostle to the head of the line. However at
some point one has to question whether arriving
a few minutes before the rest of us is worth the
effort. Somehow I find the very idea of running
within the context of ninety degrees plus eighty
five percent humidity an exercise of futility.
Why can't we chill?

Fast and furious
Theres a reason they call it rush hour. Mostly
because at least half of those walking New
York's streets are in a hurry to get where they
are going. The majority of which are not locals.
Rather they're temporary transients from any
where but here on a mission. Be that to get to
and from the office or check off something on
their list as quickly as possible. Which is fine
for them but not necessarily comfortable for
anybody who gets in their way. While there
have been times in my life when I would have
rather enjoyed a bump or grind with a stranger
I don't enjoy doing so on a busy street corner. 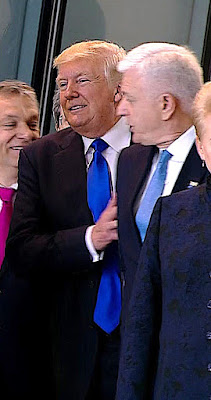 Out of line
This morning an obvious posterior cavity
banged into me in a rush to get there first.
My dear mother would have called him
"pushy" but in response I muttered a bit
more colorful moniker under my breath.
Obviously he felt that he was much more
important than the rest of us. Therefore
he had the right of way against all odds.
Suddenly I understood the motivation of
another New Yorker - our President. Post
a lifetime of pushing all others aside he's
finally made it. Yet deep down does Don
know that he doesn't deserve to be there?
Posted by montanaroue at 4:00 AM