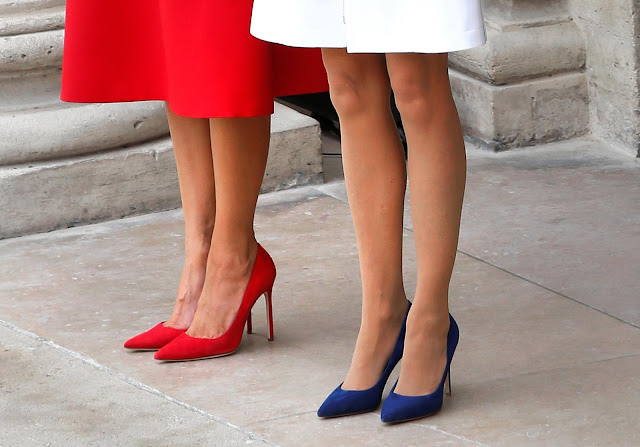 Surprenant
You probably assume that I'll never agree with
President Trump on anything of consequence.
Yet my dear friends I must confess that you're
quite wrong. Post Donald's short but effusive
jaunt to the city of lights I find that we actually
agree on one thing. Which is that the French
are fabulous. However I can't help but wonder
what President Macron and his lovely wife truly
think of our forty fifth leader. Watching them
interact with the Trumps was akin to viewing
acrobats walking a precariously narrow tight
rope. Skillfully balancing with the knowledge
that at any moment they could fall from favor. 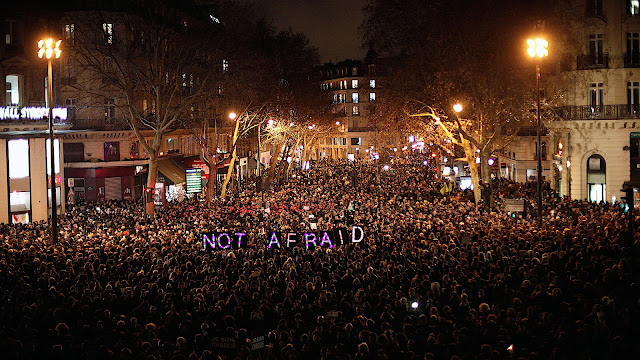 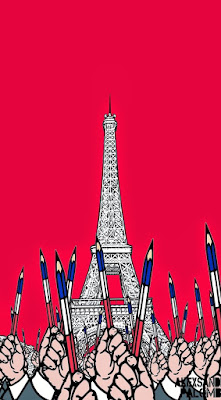 Courageux
Somehow the french face every challenge
with élan. They handle the most dire of
circumstances with elegance and panache.
Thus when repeatedly faced with a rash of
barbaric terrorist acts they bravely carry on.
Hence one has to admire them even if at
times they can be a bit intimating. Having
studied French for years I'm still unable to
speak the language when in Paris. Afraid
that any faux pas will lead to ridicule. Yet
in truth Parisians are much like New Yorkers.
Once one breaks through their harsh exterior
one discovers a warm and kindred spirit. 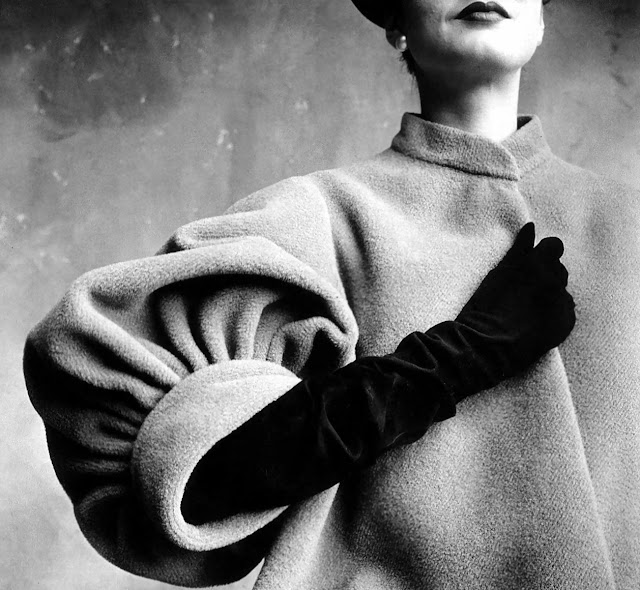 Intemporel
Yesterday "T" and I dashed over to the "MET"
(Metropolitan Museum of Art) to experience
the Irving Penn Centennial exhibit. The most
beguiling of images were those featuring the
still inspiring haute couture of the fifties and
sixties. While Balenciaga was a Spaniard by
birth, he was the consummate master of the
French runway. Mr. Penn's photographs of his
masterpieces prove that even fifty years later
Cristobal was a genius! Yet sadly it seems that
there are no such greats in today's fashion arena.
When was the last time you saw something that
literally took your breath away?! Mon Dieu! 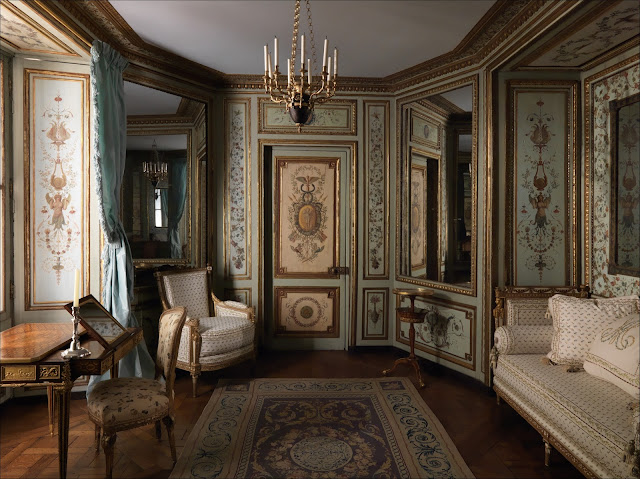 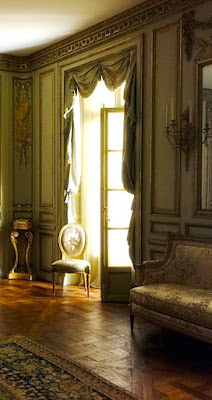 Classique
Post worshipping at the Penn stations of the
cross we drifted like love drunk fools over
to the Wrightsman Galleries. Once again we
stood in awe those lovely eighteenth century
French rooms. While as familiar as beloved
old friends they're as intoxicating as one's
first glass of Bordeaux. Part of that is due to
their beguiling hues. Greys, greens, taupes,
and blues that are so subtle, so elegant, and
thus all too charming! One of my favorites is
the diminutive boudoir taken from the Hotel
de Crillion in Paris. Measuring just nine by
fifteen feet it proves that LESS IS MORE! 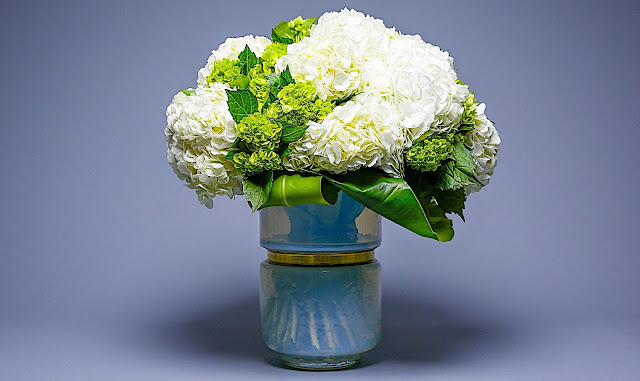 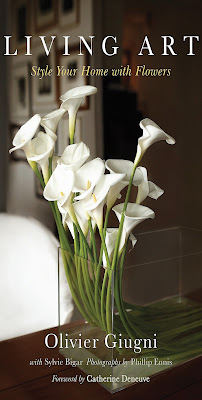 Parfait
Thus my friends - my true confession is that
I'm a total francophile. My favorite florist in
Manhattan is L'Olivier Floral Atelier. Olivier
Giugni and his team combine flowers in ways
that enhance nature's beauty. Which is about
as French as one can get. You see simplicity
is the true embodiment of chic. Thus one must
edit the key elements in one's home, wardrobe,
and even kitchen to manifest le style francaise.
Most Gauls innately have the gall to limit their
options to only the best. The result being the
ultimate lesson in unsurpassed restraint. And
in doing so inspire us all to greater things. 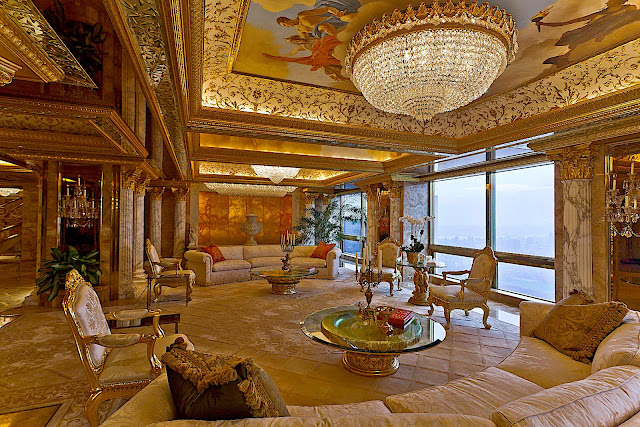 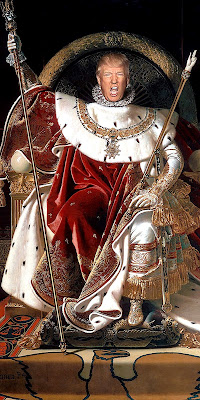 Mise en garde
My hope is that our President learned his lesson
while in Paris. Which is that all that glitters may
not be gold. Rather than emulate the Sun King
he should approach his new role with humility.
That's how President Macron is assuming his
role as servant of France. Brash bravado tends
to repulse rather than engage. Thus might we
suggest that Donald tone it down a bit? As an
ingenue it may be better to stop, look, and listen
rather than behave like an ugly American. So,
please do us all a favor Mr. Trump and join the
French in practicing the art of restraint. Isn't that
what diplomacy is all about? Merci beaucoup!
Posted by montanaroue at 4:00 AM