I HATE TO SAY I TOLD YOU SO 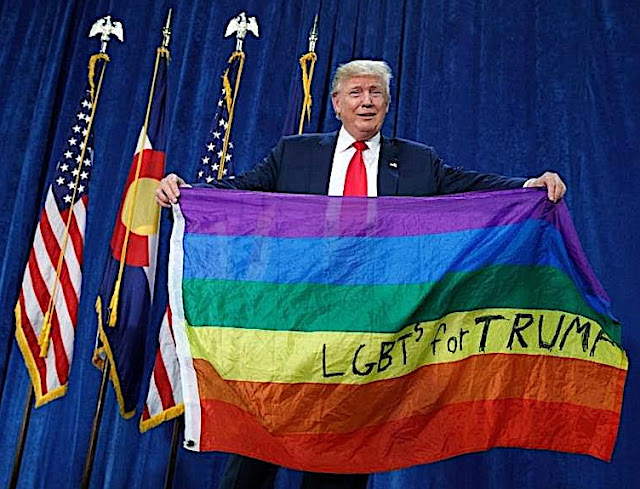 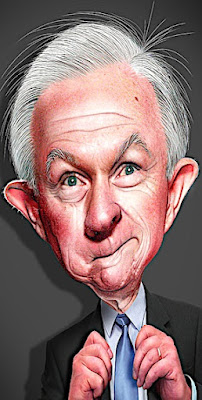 Karma may be a John Birch
I was starting to feel sorry for Jeff Sessions.
His boss and former ally is publicly calling
for his resignation. While questioning his
loyalty, besmirching his reputation, and also
challenging his honor. Then the news hit that
the Justice Department had filed court papers
arguing that a major federal civil rights law
does NOT protect employees from any/all
discrimination based on sexual orientation.
Challenging the equality of people like me.
And suddenly the worm turned and I knew
that any pain or torture Jeff Sessions may
suffer is more than WELL DESERVED. 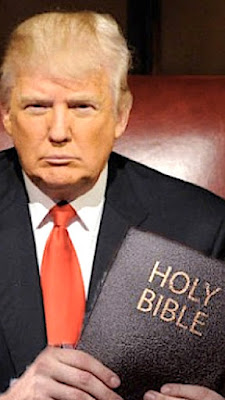 What in the name of God?!
Meanwhile to the shock of his military
leaders President Trump tweeted that
he is reinstating a ban that prohibits any
transgendered individual from serving
in our military. A capricious action with
no implementation plan or strategy. It
seems that while temporarily in a spat -
both Don and Jeff share similar goals.
Which are to violate the freedom and
equality of any who do not conform to
heterosexual norms. Are they pandering
to his loyal base? Or trying to woo the
religious right over to their dark side?

Over and out
I hate to admit that I saw this coming. Post
the election I severed relationships with a few
of Mr. Trump's supporters. At that time some
considered such an act to be very harsh. They
challenged the very idea that Mr. Trump and
his evil accomplices would never target Gay,
Lesbian, Bi-Sexual, or Transgendered folks
like me. Yet now my friends that is exactly
what Donald Trump and his administration is
doing. Thus while I don't like being proved
right, my greatest fears have started to come
into fruition. And so I must ask those of you
who voted RED - how could YOU do this? 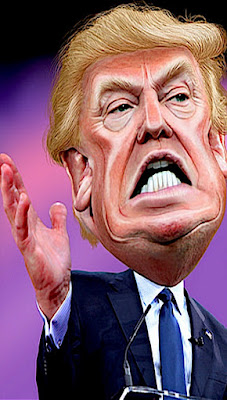 How could you?
Last November more than seventy percent
of my friends and neighbors in Lewistown
voted for Donald J. Trump. They opted to
do so based on his demonization of Hillary
Clinton. Many used the excuse that they
were  "fiscal conservatives" and therefore
had no choice. I offered up all the reasons
why a self consumed megalomaniac was
the wrong option. In response they argued
that Mr. Trump's bravado would calm down
once he assumed office. Six months later it's
been proven that such an assumption could
NOT have been more wrong. Happy now?! 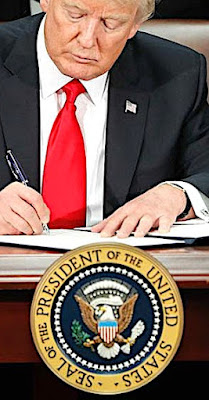 Written off
It has been one hundred and eighty four days
since President Trump assumed office. During
that span he has issued a plethora of executive
orders or decrees that have attempted to limit
the rights of many Americans. In between his
actions and behavior have been anything but
presidential. However that level of disgrace
and destruction wasn't enough. Once again he
and his cohorts are targeting another minority.
Purposefully taking actions to strip the rights
and equality of those who are GLBTQT. So
whether Jeff Sessions stays or goes - it's quite
obvious Trump wants anybody different OUT! 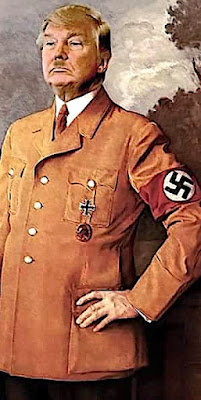 I told you so
All of which bodes this question to my former
friends and tentative Trump supporters. WHAT
ARE YOU GOING TO DO ABOUT IT? As
your friend I shared my deepest fears in protest
against giving power to an evil man with NO
morals. I shared parallels between the things he
was stating to events in pre-Nazi Germany. We
discussed the perils of empowering anger, hate,
racism, and prejudice. Ultimately you ignored
all of that upon entering the voting booth. In
the hope that you never intended this outcome,
I'm wondering what you're going to do to fix
the mess you've gotten us all into. Any ideas?! 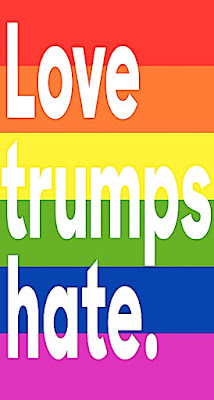 Damned if you don't
You are culpable for the actions of YOUR
President. Therefore you have two choices.
Either you can laud and celebrate today's
punitive acts of prejudice or you can join
the rest of Americans who never wanted
this to happen. This can't be solved over
a glass of red wine. This is serious stuff
that people like me feared would become
reality. That means that folks like me are
being hurt in the process. Was that your
intention? If not it's your responsibility to
speak up and step out against hatred. So,
I'm hoping I was wrong about you. Was I?
Posted by montanaroue at 4:00 AM