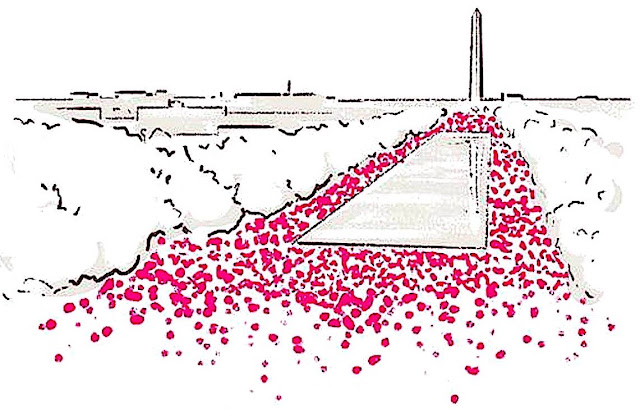 All together now
I'll be honest with you. Up until last Saturday
I thought that all of the scheduled protests
were exercises in futility. The rational part of
me has finally accepted defeat. We lost. They
won. And therefore in theory I felt it best to
move along. However in hindsight I couldn't
have been more wrong. Yesterday millions
joined hands across the globe to reinforce the
American way. Which is simply freedom and
equality for ALL. Those individuals moved
sedentary people like me and reinforced that
no matter who holds our highest office, we the
people are the ones who are in control. 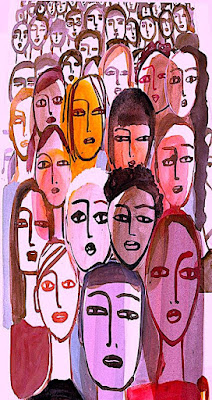 The few and the brave
Obviously apathy on the part of most of us led
America to this point. Conflicted as to the two
key candidates - forty percent of Americans
opted to sit the election out. That means that
out of roughly two hundred and thirty million
registered voters in our great country, over one
hundred million NOT vote. Out of those that
did -  seventy two million voted against Mr.
Trump (for five other candidates) versus sixty
two million who supported his candidacy So
in the end, we did this to ourselves. Finally it
seems that some of us are waking up to what
that means. And doing something about it. 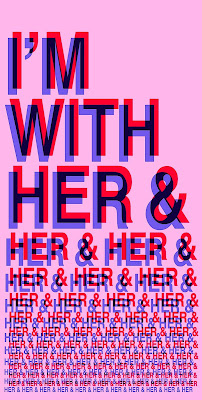 Ladies first
Saturday wasn't about pink hats. In reality
it really wasn't about women alone. It was
all about Americans stepping up to take their
country back. However as usual, women of
all ages, creeds, and colors have shown us
the way. Rather than accept the status quo,
they are rallying all of us to protect all that
is rightfully ours. And while I'm ashamed
to admit that I was not part of said pack, as
of today I'm raising my hand and stepping
forward. That's because as an American it's
my innate right and responsibility to be part
of our governmental process. We the people! 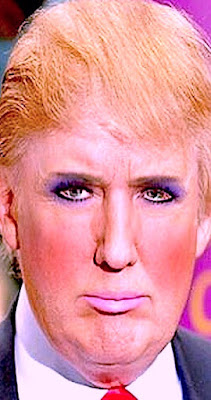 Boys will be boys
I was wrong. Saturday's marches were not
against Donald Trump and his regime. Rather
they were passionate reinforcement of the
American way. No matter who is in control,
they work for us. And all of those who stood
up for the rest of us showed them that we're
not willing to allow them to oppress us. Nor
take away any of our rights and freedoms.
Protecting all that makes our country unique
isn't going to be easy. However Saturday was
the start of a new initiative, a bold gesture of
the power of the people. Most important it was
NOT about him... it was ALL ABOUT US! 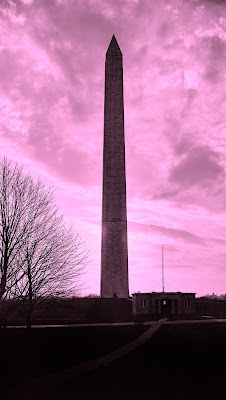 The American way
I'm humbled by and grateful for those who
took us to a better place on Saturday. As I
watched thousands fill my neighborhood
I was rather ashamed of myself. However
in hindsight each of us must leverage our
time, effort, and passion in a manner best
suited to our individual talents and skills.
As someone who is terrified of crowds, I'm
a mess en masse.  Hence I'm committed to
being a passionate advocate for all that I
believe is right. And hopefully in my own
way can enhance our American experience.
So as usual girls... YOU WERE RIGHT! 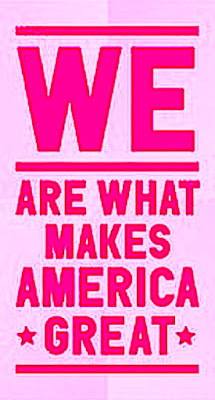 We the people
There is no reason any of us should be treated
differently. America is an even playing field.
Our laws enforce equality. Hence those who
break the rules should be punished. However
we cannot allow a very few to change said
dictates to their favor alone. Most important,
we must protect what is rightfully ours with
dignity and strength. And rise above all petty
impediments to our success. There is safety
in numbers. Hence rather than argue about
how many people where there - we must join
together and take back our country for the
betterment of ALL. Together we are stronger!
Posted by montanaroue at 4:00 AM