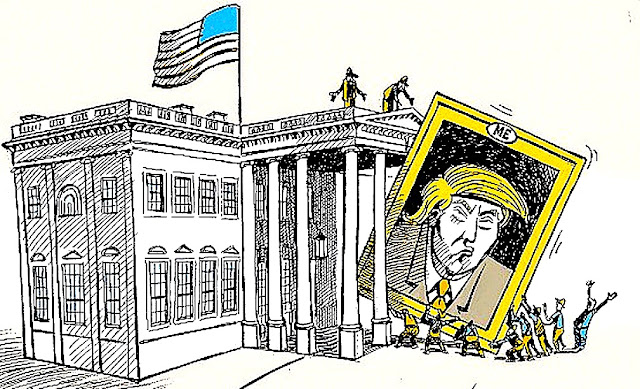 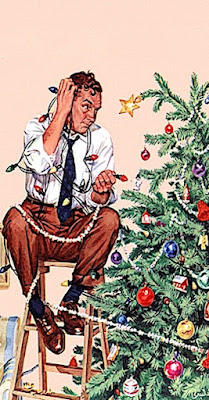 Out with the old?
In these rather uncertain times one thing is
certain. As the new year starts most of us
are re-organizing. Yesterday I dedicated my
day to deconstructing our formerly festive
decor. Two weeks later, all of that luscious
fresh greenery had become a petrified forest.
Therefore nobody was more ready to toss
out the old than me!  Most of us are doing
whatever it takes to start anew. Even as our
future seems a bit tenuous given in a few
weeks a new President assumes office. One
who many feel is ill equipped for the job.
Or worse, ready to wreak havoc. 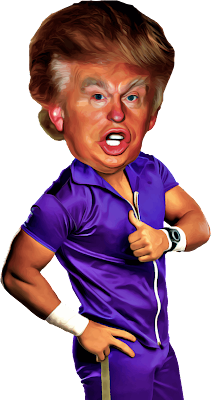 Ready or not
One wonders what is going through Donald
Trump's mind at this point. Ideally one hopes
he is beyond humbled by the ensuing gravity
of responsibility about to fall upon his ample
shoulders. Sadly this jaded citizen doubts he's
been even slightly reflective given his tweets
are either delusional or... deflective. With all
of the impending changes about to occur in
Washington, it's no wonder that all of us are
trying to get into shape. The question is what
are we preparing for? Does our future involve
a long term hibernation away from the fray?
Or are we getting ready to enter into battle? 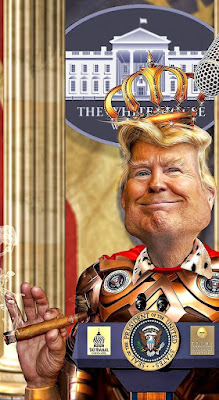 King of the hill?
Frankly my fears have nothing to do with
politics. As history has shown those who
are in power are inevitably corrupted by
pride, privilege, and prejudice. If nothing
else living high above the rest skews one's
perspective. Which explains why President
elect Trump seems unwilling to play by
any rules but his own. Leaving at least this
wandering soul to wonder exactly what if
anything he's actually going to do beyond
inflate his ego to unforeseen proportions.
Megalomania aside, how are we the people
going to handle having him as President? 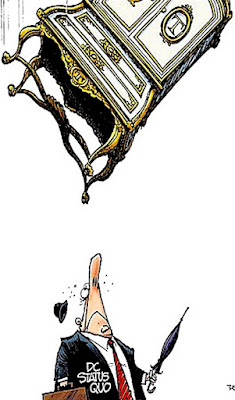 Self service
Whether one considers this is a republic or
democracy, we're all equal. Thus the same
rules and regulations (laws) apply to all of
us. Yet for some reason most seem willing
to grant Mr. Trump and his various cohorts
clemency. Meaning that rather than demand
they tow the line, most Americans seem to
be willing to let the Trump regime establish
a self defined line of demarcation. However
this is no time for abstention. Therefore one
might suggest that there has never been a
better time to vigilantly stand up and fight
for the American way. 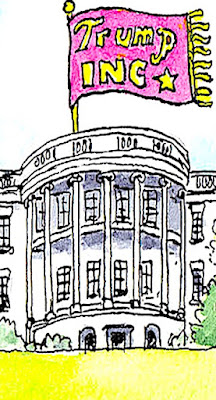 Silent but deadly
It shouldn't be surprising that many suffer
from conflicting priorities. On one hand
we simply want to move on with our lives.
However we really can't afford that luxury.
Rather than sit back or wait we each must
step up and demand what is rightfully ours.
And that my friends is accountability. To
date Mr. Trump has still NOT addressed
the ultimate challenge to his presidency.
And that is how he plans to eliminate and
avoid any hint or suggestion of a conflict
of interest. Given his silence on the subject,
he must believe that the less said, the better. 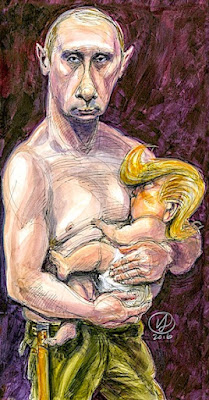 Like babes in the wood
Both sides claim to be the silent majority yet
all may soon be lambs willingly being lead
to slaughter. Post an endless and tampered
election cycle, we're all exhausted. Hence
the resulting apathy may provide the perfect
time for hidden agendas to quietly take over.
If one just studies the Nuremberg and Tokyo
trials post World War Two - evidence shows
of once placed in power evil is as evil does.
All while the moral majority sits back and
hopes for the best. Our collective challenge
is how to stem the ensuing Trump tsunami
to insure that history does NOT repeat itself. 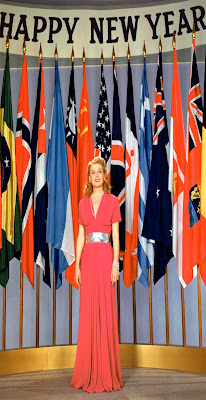 All for one, one for all
Thus even as you reorganize that closet or
initiate your annual diet I ask that you do
but one thing. And that is to consider how
you can help guide our collective future.
Mr. Trump and his cronies will soon don
the mantle of power. Therefore they will
work for every single one of us. Thus as
we hold them accountable for their actions,
the actual bulk of the responsibility for our
destiny lies in OUR hands - not theirs. So
rather than be victims, we must be active
participants in our political process. Are
you ready to rumble?! Let's get moving!
Posted by montanaroue at 4:00 AM