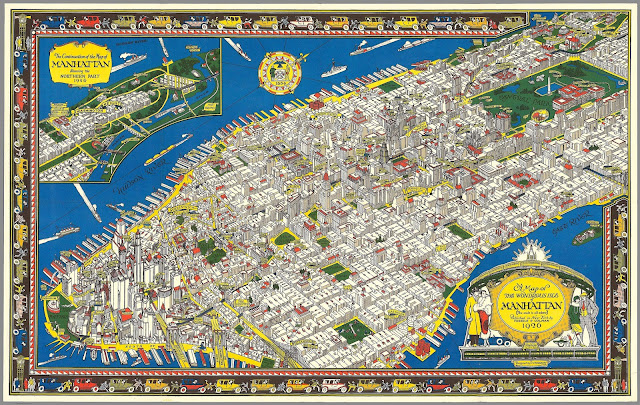 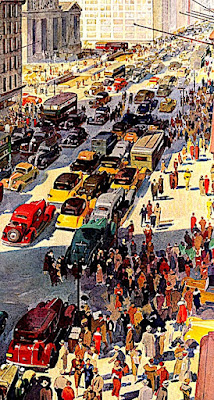 Back to back
Today's the day. Meaning that I leave full
time residency in Montana and return to
Manhattan for a few years. The last weeks
have been a struggle given I don't want to
go. Yet I've little reason to be so depressed.
The truth is I'm returning to a place where
I feel perfectly at home. Thus in theory,
I should easily get back my urban groove.
The funny thing is that I've decided there
are few differences between here and there.
Well, except that Lewistown Montana has
a population of 5,960. Whereas New York,
New York tallies in at about 8.4 million. 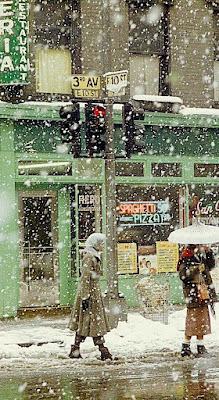 Familiar territory
Obviously there are differences between the
two. However beyond being surrounded by
a lot more people my life will be much the
same as it has been till now. There are many
parallels to living in an isolated community
versus an average city neighborhood. One
could argue that urban living is much more
intimate and far less anonymous. On the isle
of Manhattan there are a plethora of diverse
neighborhoods. Each with it's own unique
flavor, personality, and "vibe." Much like
the towns surrounding Lewistown. Hobson
is different from Winnett and visa versa. 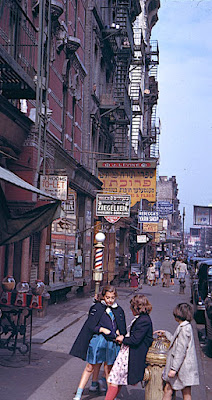 It takes a village
Within the urban density of a city like New
York one opts to call one of those enclaves
home. City villages covering a few square
block radius it's fairly easy to live and work
within their limited boundaries. And so one
gets to be a "regular" member of the tribe.
Hence much like Lewistown, one's grocer
knows them by name as does the cleaner.
One's doorman is not just a buffer, they're
a friend and helpmate. And while you may
not know your neighbor's name, you still
greet them in the hall or elevator. Thus as
in Lewistown, it's all about being a local. 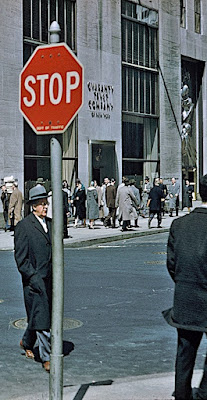 Easy does it
The difference between Lewistown and New
York City is that once one exits their sphere
of influence they must deal with millions of
outsiders. Thus every urbanite utilizes many
forms of coping mechanisms. Said invisible
armor protects one against overload. It also
enables everyone to coexist in a complex and
often overwhelming environment. Hence one
doesn't say hello to whoever they pass on the
street nor do they bother with eye contact.
Therefore it's a given that everybody minds
their own business as they go on their way.
That's the only way to survive. 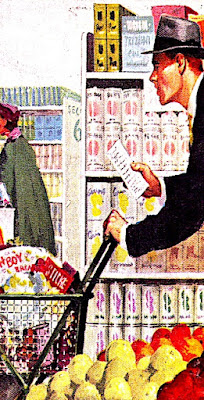 True or false?
Having lived the majority of my life in densely
populated cities much of that behavior comes
naturally to me. Therefore the big difference
between myself and my Lewistown locals has
been a laser like focus on the task at hand. All
which means that when shopping at the grocer,
checking off my list is more important than
checking out who is nearby. At times that has
come across as snobbery. Rather it's simply an
attempt to get a job done as quickly and easily
as possible. However in closing I must state
that the biggest difference between the city
and country may in fact be sincerity. 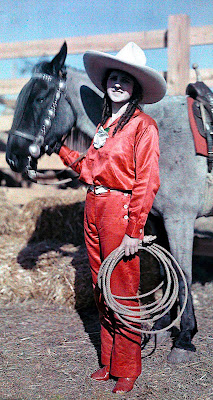 Limited visibility
Given the isolation and limited population
of Montana most feel the need to somehow
acknowledge the other's existence. Yet the
majority of the related glad handing, waves,
nods, and ubetchas are often falsehoods at
best. I'm not saying that people don't care
about others. However much like the rest
of us most only care about their nearest or
dearest. Thus in my opinion the demeanor
and approach of urbanites just may be the
most honest of pursuits. Which means that
they invest their time and energy on those
who impact on their lives. And no one else.

Truth or dare
New Yorkers can seem rather brusk given their
edited approach to interaction. However once
one breaks through that outer veneer they soon
discover a kindler and gentler world. Which is
because once we let you in -  we welcome you
with open arms. Whereas I've found that many
of the most friendliest of Montanans never -
I repeat never - let down their guard. Therefore
while I'll miss these wide open spaces, I'm not
sure I'm going to miss the disingenuous aspects
of rural life. The truth be told, I'll always live
and act like an average New Yorker wherever
I reside. HONESTY IS THE BEST POLICY!
Posted by montanaroue at 4:00 AM