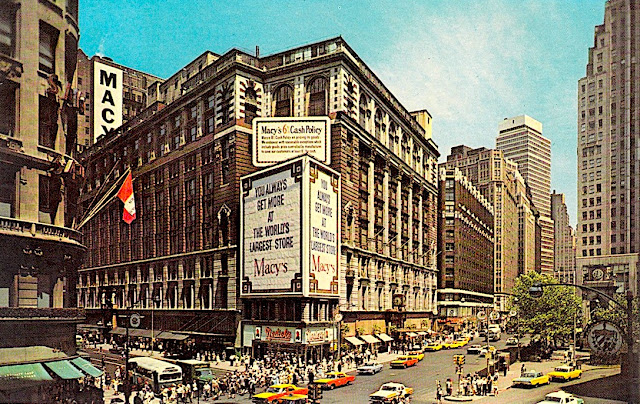 It's a wrap
Recently Macy's announced that they will lay
off ten thousand employees - two thirds of
whom are corporate staff. That breaks out to
seventeen percent of those in the home office.
Meaning that if you worked there two out of
every ten of your office mates are now gone.
More than sad, these events also caused me
to pause. That's because our President elect,
Mr. Trump had nothing to say about such a
loss. However... his avid supporters are doing
plenty of talking. You see, they are crediting
Mr. Trump's 2015 call to boycott Macy's as
the reason for this debacle.

Man of the hour
Before I continue further, I must reinforce what
was just stated above. The President elect of the
United States of America - the real estate titan
and brand meister who has recently been taking
credit for "saving" jobs from moving to foreign
countries - the man who maintained a longterm
relationship with Macy's selling various fashion
products at Macy's - most of which were NOT
produced domestically - is now being joyously
given credit for forcing Macy's to terminate ten
thousand people - while sixty eight communities
lose revenue and real estate taxes due to closing
stores. BRAVO DON! Ain't America great?!

Before and after
Such rabid rantings are offensive. Especially
when driven by anger over being dismissed
post making racial slurs. However in truth
Mr. Trump's boycott has nothing to do with
Macy's troubles. Several market forces have
negatively impacted it's ability to maintain
traction. As a historical context, I was part
of the management team at Marshall Field
& Company. Said venerable midwestern
retailer had eighty four stores in five states
with $3.5 billion in sales. Sold to the May
Company in 2004, whose 400 stores were
later grabbed by Macy's in a corporate coup. 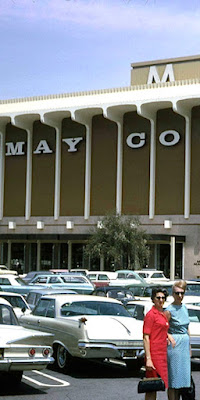 May to December
To recap - In 2005 Macy's doubled it's size and
eliminated it's primary competitor. With over
one thousand stores and eleven billion in sales
Macy's became the biggest loser. All due to in
my opinion becoming too big. For a brand such
as Marshall Field's, Macy's corporate culture
and lower tier positioning couldn't sustain the
historical volume prior to purchase. Therefore
within two years the former Marshall Field's
stores were generating about HALF of their
annual sales prior to joining Macy's. Thus as
the data proves - Macy's (not Mr. Trump) has
done whatever has happened to themselves. 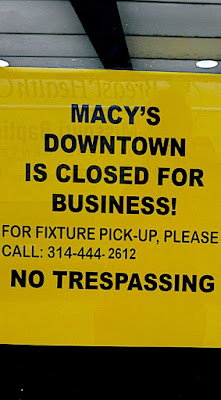 Open and shut case
To be clear - in 2005 Macy's purchased the
failing May Company chain and doubled
their size from 500 to 1,000 stores. As of
the end of 2016 the Macy's store count was
729 locations. Post the announced spring
2017 closures that total falls to around 661.
Meaning that ten years after purchasing
May Company - Macy's Inc. stores will
hit approximately the same number of
locations it had in 2005. Therein lies the
truth which has NOTHING to do with Mr.
Donald Trump. Rather it's due to a variety
of competitive market pressures.

Out of the box thinking
In 2005 Amazon sales totaled $8.49 billion
whereas in 2015 they were $107 billion. To
put that in context, in 2005 post purchase
of May Company Macy's sales totaled $11
billion. However by 2015 total sales had
reached $28 billion. Taking inflation out -
that means that within ten years Amazon
sales grew dramatically over twelve times
whereas Macy's sales simply doubled. All
had nothing to do with Mr. Trump and all
to do with a shift in consumer shopping.
Hence the truth be told, department stores
have been barely surviving for decades. 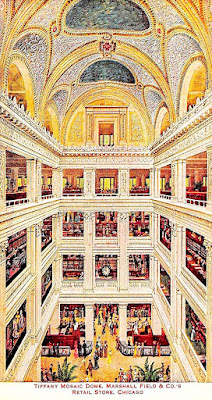 Past perfect
As a scholar of department stores, this all
makes sense. During the late nineteenth
and early twentieth centuries these stores
thrived. Mammoth mega mercantiles such
as Marshall Field & Company sold almost
anything to anyone under one magnificent
roof. Edifices like it's Chicago State Street
store covered 2.3 million square feet. And
there within shoppers interacted with goods
they'd never imagined could be within their
reach. Such merchants brought the world
to their communities. Plus free delivery to
their customer's homes within hours. 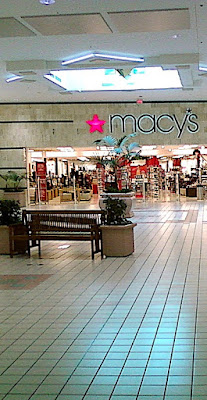 Empty promises
So exactly what is the real story behind Macy's
struggles? Sadly the department store model
is no longer relevant to most Americans. Said
temples of commerce no longer charm, engage
or their delight customers. Instead the act of
simply shopping in a department store is now
quite inconvenient. One must drive to a mall,
find a parking spot, navigate the food court,
and rifle through mundane merchandise that's
readily available on-line at lower prices. So
if anybody has driven Macy's decline it's their
disenfranchised customers who have decided
to shop anyplace but there. 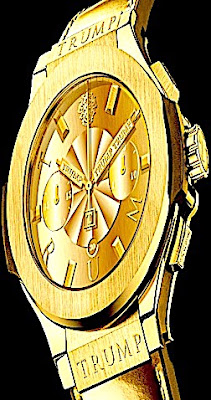 Truth or dare?
There is but one reason why I reiterate all of
the above. That is that rhetoric, rumor, and
innuendo are amongst the greatest threats to
our American dream. Within the context of
an extremely skewed cyber cycle - anyone
who takes anything at face value is an idiot.
Hence even while some assume that a loss
of sales and jobs are symbols of victory for
their man of choice, they're WRONG. My
advice is that whatever you hear, do some
research before believing or repeating it. In
the end facts speak for themselves. Thus I
must quote Edith Ann "and that's the truth!"