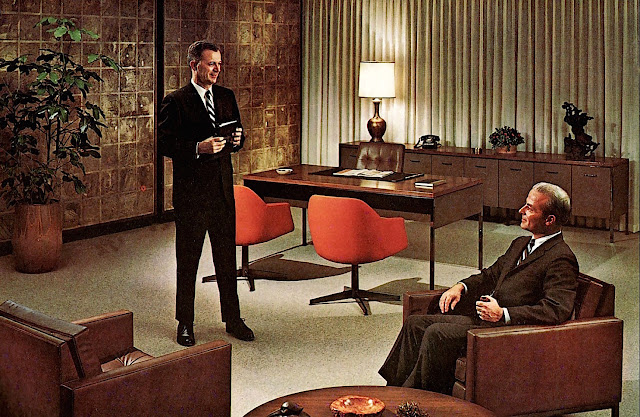 New and improved
I've spent this week as the newest kid on the
block. Well, actually just an old guy starting
anew. Initiating any new relationship is scary.
However walking into a company filled with
established insiders can be more than a bit off-
putting. Fortunately I've been welcomed with
open arms given I was their choice - the guy
they wanted to join their team. And yet while
it will be weeks before I know everybody's
name or where their offices are - I already
feel like I belong. However I've yet to earn
their trust. Hence for a few months I'll have
to work hard to make this new gig... work! 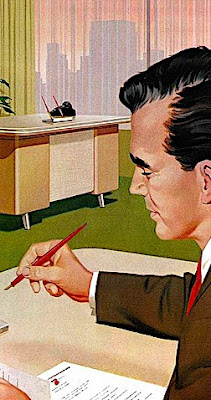 Sick and tired
Going back to work after being off the grid
should in theory be hard. However doing so
with a nasty cold is miserable. Having to
bring along box of tissues as you meet and
greet can only be considered off-putting.
Yet coughs and sniffles side, everyone has
been more than gracious. My "on-boarding"
dance card has been completely filled which
is actually a relief. Theres little as frustrating
as sitting in a new office staring wondering
what to do. The good news is that retail is
retail so I'm already tackling familiar issues.
The bad news is... retail is retail. Deja vu! 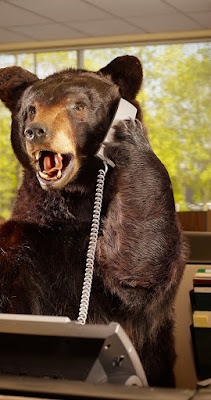 Bearly surviving
One wonders if Mr. Trump has felt the
same level of angst as most ingenues
do as they start a new job. He claims to
have won the popularity contest - but
he missed that count by at least three
million. Delusions of grandeur aside,
fewer folks lauded his inauguration
than marched in protest against him
a day later. Thus it's no wonder that
he's a bit sensitive about facing facts.
However aggressively attacking those
who speak the truth is rarely the best
way to gain favor or succeed... 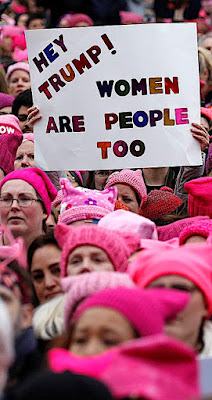 Odd man out
I should feel sorry for Mr. Trump. After all
half of America obviously loathes him. Yet
his delusional dismissal of their angst proves
that he's hellbent on having things his way.
Thus he's been happily chopping away at his
predecessor's legacy. Such bravado is a short
term strategy given soon he'll have nobody
to blame but himself. Given Donald's track
record it's safe to assume that all too soon
his entire administration could be fired if
they don't deliver against his prior promises.
How long can Donald dodge responsibility?
Or will the blind lead the blind to oblivion? 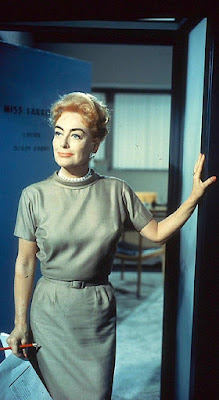 Power drive
Walking into any new job - one must assume
responsibility for the good and the bad. Long
ago I learned that it's best to stop, look, and
listen before implementing major changes.
Thus I have no plans to sign any executive
orders in the near future. The worst thing a
new leader can do is assume they know it all.
Arrogance rarely leads one to the right path.
Hence it's best to allow the truth guide your
way. Therefore rather than waste time taking
detours, I'm taking my time to learn as I go.
Which hopefully will enable us all to get to
an even better place. Haste makes waste! 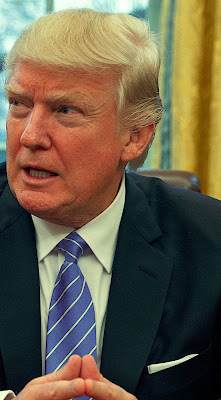 Kick start
One hopes that Mr. Trump and his gaggle
of newbies will allow enough time for due
consideration before starting anew. Rarely
is all of the status quo wrong. Inevitably
knee jerk reactions only cause us to lose
our way. Hence firm yet gentle tweaking
is the best way to course correct. Blowing
up the bridge only eliminates one's ability
to get from here to there. Sadly it seems
that President Trump is opting to alienate
rather than unite this country. And while
that may have won him the White House,
it may ultimately get him kicked out of it.
Posted by montanaroue at 4:00 AM