Back at you
There is no doubt that we live in a world of
extremes. Some love, others hate. We win,
they lose. Last week as I departed for the
airport in Montana, I struck up a conversation
with my bus driver. Quickly he informed me
of how lucky we were that Donald Trump
and not Hillary Clinton had won. When I
queried him as to why - he stated that she
would have taken away all of his guns and
outlawed hunting. Long ago I decided that
it was futile to argue with the less fortunate.
Thus I smiled, rode quietly, and wished him
"happy hunting" as I exited his vehicle.

Smoking gun
What can one say to such obvious tom foolery?
Sadly it seems that we're constantly bombarded
with fiction presented as fact. Try as we might
it is often impossible to separate fantasy from
reality. Mostly because whomever screams the
loudest wins in our modern world. Thus even
if Mrs. Clinton never intended to do anything
more than limit access to automatic weapons,
she was destined to be deemed the bad guy (or
gal in this case.) Therefore while ignorance
may be bliss, it seems that our safety, freedom,
and equality may be jeopardized by purposeful
misrepresentation of the facts. 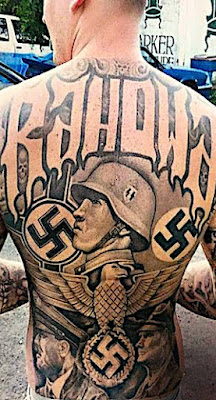 Hidden agenda
One hopes the truth always conquers all.
However when faced by reality many opt
to deny it's existence. Have you heard the
term "thou doest protest too much?" In
my experience the gentlemen who are the
worst gay bashers often sport a deep dark
secret. Which is simply that in their gut
they know they'd like to cross that line.
So rather than embrace their truth, they
attack those who are living honestly and
openly. Not only is such behavior cowardly -
it simply defers the inevitable. You see at
some point we must accept our TRUTH. 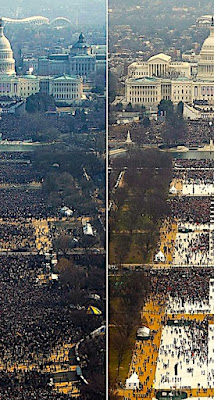 Split decision
Allowing one's insecurities to usurp the truth
is not only disingenuous but defers us from
our destiny. Which is why I find Mr. Trump
and his administration's behavior over the
past few days absolutely baffling. A picture
says a thousand words. Therefore one can't
deny that there was a dramatic difference
between his inauguration and prior. All of
which makes perfect sense given Mr. Trump's
transition approval ratings hover at the lowest
level of any presidential ingenue. Yet rather
than embrace such sobering statistics, he and
his team are denying their validity.

"Alternative facts"
While I've often yearned to live in a fantasy
world, I've never been the President of these
United States. When one is awarded such
a lofty role one's actions are duly recorded,
checked, and affirmed by external experts.
The job of any news organization is simply
to present the FACTS to the world at large.
Hence few if any leaders like it when their
spin doctors are caught in the act. Rather
than argue the facts, most intelligent folks
develop a strategy to react to them. Sadly
it seems that our new President is unwilling
to accept that at least half of us loathe him. 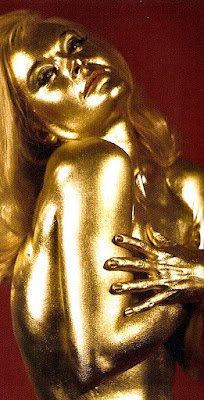 Gold standard
Honestly Donald we all want to be happy.
Which bodes the question - isn't it better to
listen to everybody - not just those who tell
you what you want to hear? Now that the
election is over, this isn't about winning a
popularity contest. You must lead ALL of
us to a better place. That means doing what
is best for the majority and not simply your
loyal constituents. Within such an open and
equal forum as our government we all get
to have a say about what happens. So rather
than ignore the opposition, why not listen to
the other side? You might learn something.

Golden rule
Chances are that any attempt at detente may be
futile. However most Americans are more than
willing to meet somewhere in the middle. With
all of the challenges you seem to feel we have -
why not work together to solve our problems
rather than create more? Hopefully if you've
learned anything thus far it's that we the people
are not going to sit back and quietly let you have
your way. So isn't it better to face reality rather
than hide from the truth? Come on Don - I know
you can do it. Show us just how much of a hero
you can be. Go for the gold and do unto others
as you would have them do unto you!
Posted by montanaroue at 4:00 AM