BARBARIANS AT THE GATE 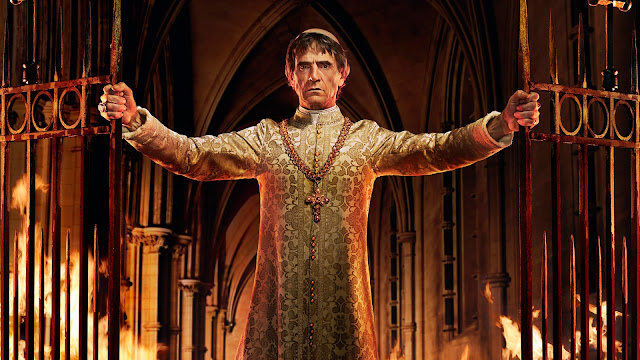 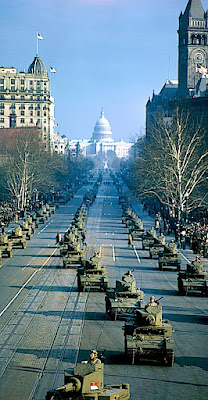 Fast and furious
If you're like me, you're on the edge. Honestly,
the frenzied takeover in Washington D.C. has
me beyond apoplectic. At least in my memory
I can't recall a more contentious shift of power.
Our "representatives" have no problem gutting
a healthcare program covering twenty million
Americans. Their grandstanding, cantankerous,
and at times vicious wrangling seems focus on
retribution and not offering a better solution.
Meanwhile a stream of arrogantly confident
cabinet nominees parade before a right sided
panel of political puppets. All unwilling to
divulge key financial details. Sound familiar? 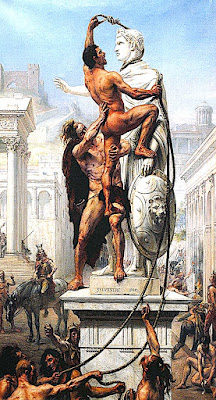 Topple down strategy
Much like any marauding band of victors,
Mr. Trump and his cohorts are taking NO
prisoners. Hence my inclination is lock
my door and hide in the attic. However
theres really no place to hide given that at
anytime they could attack whatever I hold
near and dear. Thus winner takes all is the
mode du jour. And theres little to nothing
nor anybody able to stop them. Only one
thing is crystal clear and it's that they're
in a rush to take over. Beyond that reality
it gets muddy due to conflicts of interest,
questionable morals, and blatant lies. 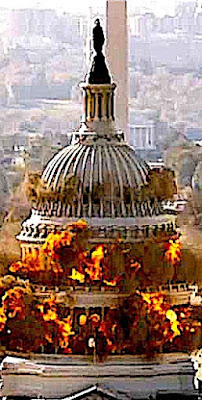 Pop goes the weasel
Yet I just can't go there. And it's that innate
resistance to reality that concerns me most.
Suddenly I understand how it feels to be a
victim of circumstances. All of the above
is far beyond our control. Yet at least half
of all Americans are locked into a haze of
suspended animation. As of yet we simply
can't accept the facts. Nor how quickly our
political process has sunken into a morass
of rumor, innuendo, and bravado. However
isn't that very reaction rather delusional?
Haven't we all been talking for years about
what a mess Washington D.C. is?! DUH... 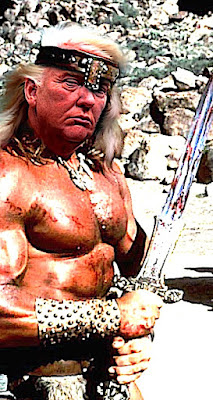 Sole survivor
In truth the city of Washington D.C. is built
on what was originally a mosquito infested
marshland. Hence Trump's goal of "draining
the swamp" isn't quite as ludicrous as one
might think. Post his win we've assumed that
he's firmly entrenched with his Republican
cohorts. However, like most megalomaniacs
I truly doubt that Donald trusts anybody but
his family. There is historical precedence for
comparable leadership dynamics. Frank and
I just recently binge watched Showtime's
"The Borgia's" and trust me, they just may
have been the ultimate dysfunctional family. 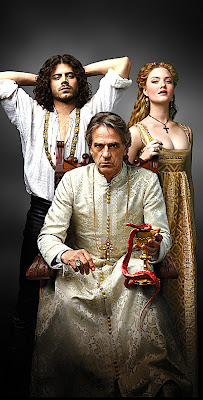 Family affair
I won't go into the details but they were not
the happiest of families. Pope Alexander VI
grew up in the Catholic church. Along the
way he amassed a HUGE fortune, several
palaces, and fathered four bastard children
with a former courtesan. While dramatized
for television, said series showed how he
poisoned, cheated, murdered, and robbed his
way to power. Once there, he and his family
did everything possible to hold on to their
ill gotten gain and to get much more. That
led to wars, conflicts, disaster, and murder.
And we thought we had it bad... 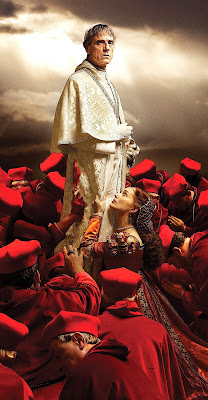 Devil may care
Since the beginning of mankind power has
corrupted. Hence much like the sainted Pope
Alexander VI, every element of Mr. Trump's
rise to power seems to indicate that we're in
big trouble. Thus far he has indicated that he
has absolutely NO conscience. Nor does it
seem that he is driven by morality. Instead
he's proven that his appetite for power and
control is so insatiable that he will do or say
anything to win. Therefore while I doubt the
Trump dynasty can behave a la the Borgias
in today's world,  I've little doubt that their
impact on this country will be poisonous.

Heaven help us
So... what to do?! Therein lies my quandary.
I've no idea how we can stem the impending
tsunami. One's immediate reaction is to head
for higher ground. On the short term that is
a smart strategy. High above the mess we
can regroup, restore, and reset our strategies
for survival. Yet at some point we'll have to
descend into hell. Given our foes, that will
require getting down and dirty. Thus while
the majority would rather not wrestle in mud.
we will be forced to battle our adversaries
against all odds. And while that will be a
dirty job. Somebody has to do what's right!
Posted by montanaroue at 4:00 AM