Just what is going on? 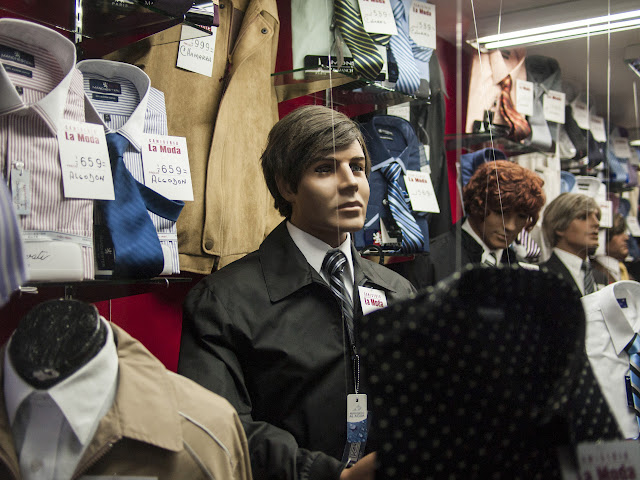 Everything must go
I do a bit of consulting within the retail
arena. Most of my clients are investment
firms worried about the future of retail.
Frankly, they're smart to be concerned.
Over the last few years many venerable
retail brands have folded. And even the
biggies have had more than their share
of challenges. With mall traffic down
across America and most downtowns
barely surviving - there's no doubt that
something is rotten in retail land. The
question is what is all the stink about?
What happened to the American dream? 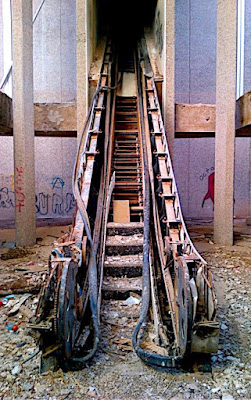 Going down?
If I hear one more retailer blame their
business problems on the recession of
2008 I'm going to blow my brains out.
Why? Well first of all - after over eight
years we've all moved on to either a
better or worse place (or flip flopped
back/forth multiple times). Second,
whatever made you vulnerable back
then has either killed you by now or
you're finally smart enough to know
better. Excuses aside theres been a
mega shift in consumer thought over
the last decade. So who's winning? 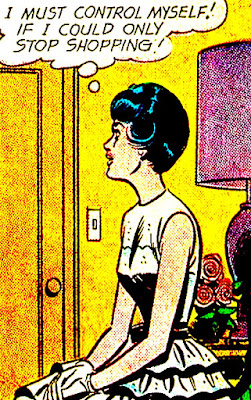 Out of control
The fact is nothing has changed. From
the beginning of time consumers have
been fickle at best. What woos, engages,
and charms the masses ebbs and flows
according to their whims. Therefore a
chain with a store in every town like
Woolworths is now forgotten by most.
Most of the retail nameplates that we
grew up with plus many I've worked for
are gone forever. The question is who is
stepping up to the plate and satisfying
the needs of shoppers? Or... have many
just stopped buying what others sell? 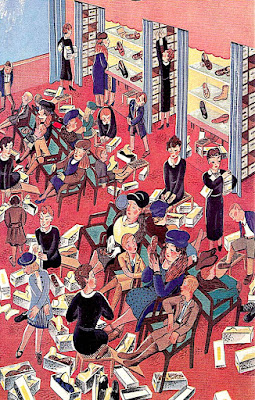 Enough already
For years consumers devoured whatever
we put before them. They simply couldn't
get enough! Which explains why we all
need walk-in closets the size of Dubuque.
After eons upon eons of consumption
the baby boomers finally decided that
enough is enough. Our downsizing alone
seems to now be more than enough to
fuel the conservative whims of our hip
offspring and succeeding generations.
No wonder vintage "discoveries" have
usurped traditional consumer shopping!
Even today they're raiding our closets! 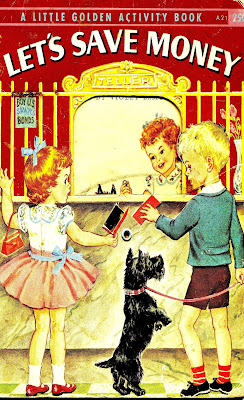 Child's play
Looking at my children - they are beyond
different than I was at their age. Whereas
we were consumed with gathering enough
accoutrements to validate our entry into
adulthood, they're perfectly happy to make
do with whatever they've got. Since the
beginning of time most young folks have
started out with a collection of hand-me-
downs. The difference is that rather than
resent said recycling, these young folks
are more than glad to spend their money
on experiences - not stuff. Which is akin
to where my generation's heads are also. 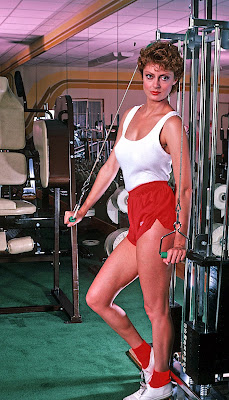 Work it out
Case in point - here in Lewistown our
historical downtown continues to see
the shut down of traditional retailers.
Hence many locals bemoan the "death"
of our community. Meanwhile, nothing
could be further from the truth. About
a year ago - a local lady opened a state-
of-the-art fitness center on Main Street.
Today she has 1,000 members paying
a monthly stipend - out of a population
that's just shy of 6,000. Proof that when
you give the people what they want...
they spend and spend and spend. 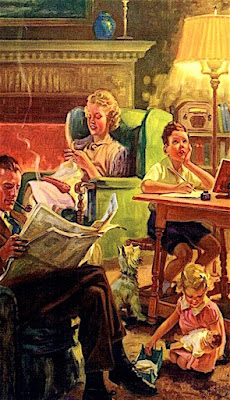 Family affair
There has been a seismic shift in consumer
behavior. Upcoming generations are now
in control and they're more than different
than we Baby Boomers. While beyond self
consumed, they're not driven by acquiring
possessions. Rather it's all about quality of
life for these kids and their kids. Many are
making career choices based on work/life
balance rather than climbing up the ladder
for ascension's sake. Thus while the retail
world is changing, it just might be moving
in a better direction. What's questionable
is whether said dinosaurs can evolve. 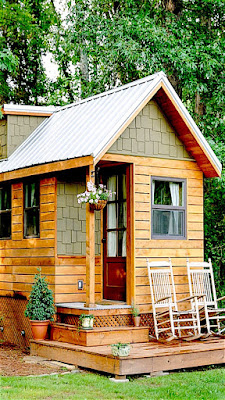 Home run
Choosing to make do with less, our kids
have fully embraced the idea that less is
more. After growing up in McMansions
they're opting to reside in teeny one room
houses. Reverse chic is in full force. And
unfortunately that means that most of the
mega brands we know and used to love
may soon be gone. History repeats itself.
So if it's true that what goes around does
ultimately come around, our children's
children's children will be just like we
were seventy years from today. The only
question is will retail survive until then?
Posted by montanaroue at 4:00 AM