SIMPLY NOT TO MY TASTE 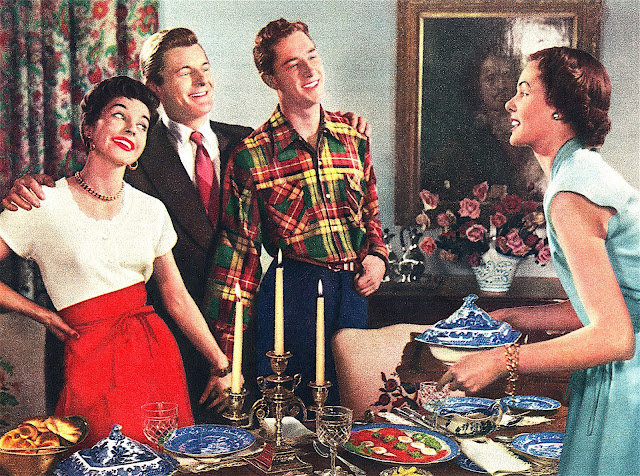 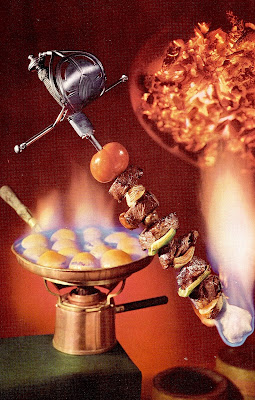 Taste of life
It's rare that I'm not hungry. A "foodie"
adores all things edible. Hence there's
nothing I won't try at least once given
chances are I'll enjoy it. For most of
my life I've devoured anything put in
front of me. Thus one can easily judge
picky eaters. Their behavior limits any
chance at self indulgence. What's sad
is that one doesn't know what they're
missing until they tried it. Trust me,
I know from experience. As a tot I was
more than selective in my consumption.
Much to my disadvantage. 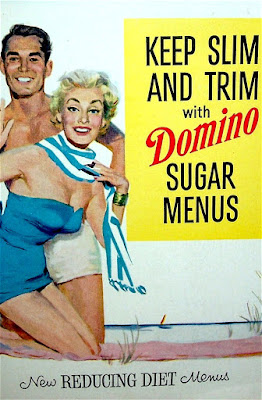 How sweet it is
We baby boomers grew up in a time
when pablum was la cuisine du jour.
Almost everything lacked flavor and
given my parents were inveterate
WASPs - everything on our table was
baked, boiled, or broiled to a point
beyond recognition. By the time a
vegetable hit the dining room - it was
a mouldering mound of steaming pulp
that for all one knew could have been
carrots, peas, or broccoli. So, as a boy
I opted out. Pushing my food about my
plate as I waited for dessert. 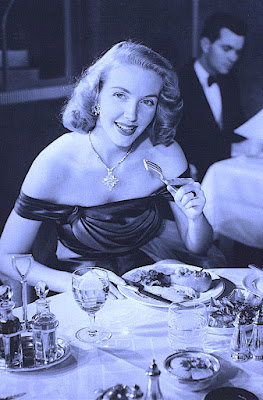 Less is more
Fortunately I was raised to not join
the clean your plate club. My Mother
came from a world where one was
taught to NEVER lick said surface
clean. Rather, leaving a few morsels
behind indicated that one was well
fed and bred. Like Scarlett O'Hara,
Ethel always ate something prior to
any evening out. She simply didn't
want to appear to be in need of a
good meal. However in the end she
had no problem asking for a doggie
bag. "Children are starving in India." 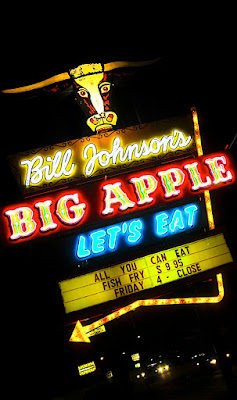 More than enough
The fact is my Mother liked to frequent
restaurants where entrees were "hanging
off the plate." In her book "the more the
merrier" applied to fish frys and the like.
Ethel was not the world's best cook (note
how respectful I'm being.) Therefore
whatever ill gotten gain arrived home
enrobed in aluminum foil crafted into a
swan was better than anything she might
cook up. Hence when it came to selecting
a restaurant - less was NOT more. Rather
quantity versus quality was at the top of
Ethel's list! Whether we liked it or not. 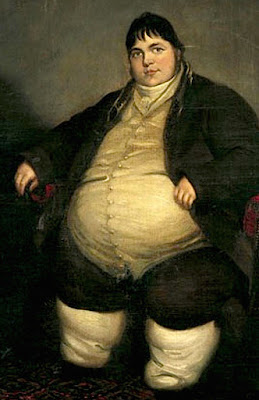 Enough already
The above should provide plenty of
proof for my childhood aversion to
food. I simply did not enjoy eating.
And unlike my friends who retain
rich ethnic memories - I've virtually
no recollection of any foodstuff being
memorable. Only later in life did I
discover food in all of it's glory. All
of which amply explains while this
once skinny boy slowly evolved into
a rather substantial gentleman. You
see, I can't get enough of the stuff.
Well at least until recently... 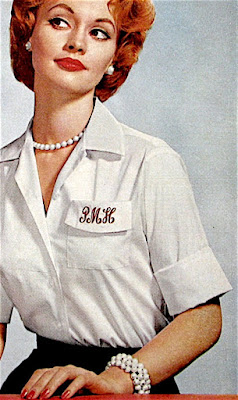 Fresh picked
For the last few days I haven't had any
appetite. Little to nothing on the menu
appeals. Which has me wondering -
have I contracted some sort of dreaded
disease or did watching too many TLC
shows on bariatric bypasses finally flip
my switch?! Chances are I'm suffering
from a passing bug rather than a going
through a seismic shift in my Pavlovian
approach to consumption. However deep
within me lurks the hope that whatever
deters my need to nibble is not a passing
fancy. Could I be "picky" once more?! 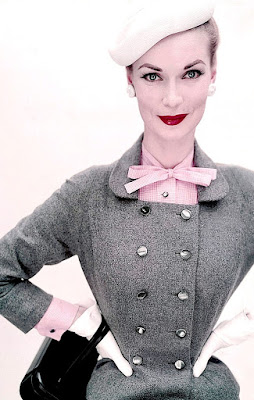 What a waist
After fifty years of having my cake and
eating it too have I finally had more than
my share? Whatever is the reason for my
abstinence, I'm hoping to shed more than
a few pounds in the process. For those of
you who worry, don't. Frank is watching
me like hawk. But here's hoping that I've
found the ultimate diet aid - a basic lack
of appetite. I'm going to milk this hiatus
for all it's worth. Hoping to fit into some
of those designer togs that sit ready and
waiting in my closets. All of which by
the way suit my taste PERFECTLY.
Posted by montanaroue at 4:00 AM