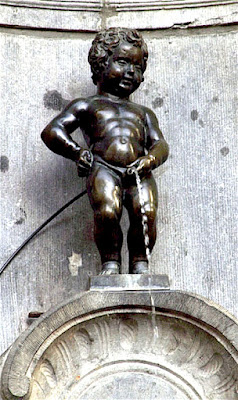 Caught in the act
I've always said that one should be careful
of what they do as their Mother may find
out about it. As a wee boy I climbed onto
a neighbors garage rooftop with a buddy.
Given boys are invariably boys, at some
point we decided to wee - off the edge that
is. Upon returning home, Ethel was at the
door. "What were you two doing on Mrs.
Metzle's garage?" Obviously from the look
on my face, Mother knew said revelation
was a surprise. In response she reinforced
"I know everything you're going to do well
before you even think of doing it!" 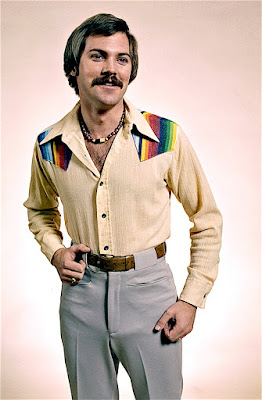 Insurance policy
Knowing that one can be busted at
anytime is rather a burden. And yet,
if nothing else it's a valid check and
balance that in my case has been a
benefit. Let's be honest, I'm certainly
no Pollyanna. However there have
been times when I've resisted the urge
to err simply because I didn't want to
get busted. We've all made mistakes.
And while some of them get to collect
monthly alimony checks, most simply
fade away. Well... that is until one day
they come back to haunt you. 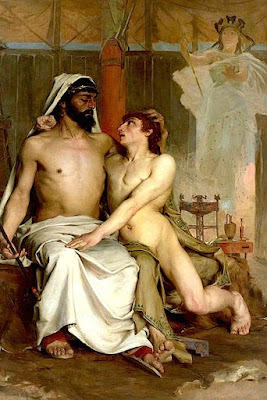 Strange bedfellows
I once attended a Gay Pride Parade.
During the subsequent hours, I bar
hopped with an entourage. One of
which was not at all to my liking. In
fact, I found him utterly repulsive.
Whereas from what I've been told -
I had a brief but intense love affair
with several Margaritas in succession.
The next morning I awoke with not
just a hangover but also a hanger on
snoozing au naturale beside me. Talk
about a rude awakening! Later on as
a friend advised I forgot all about it. 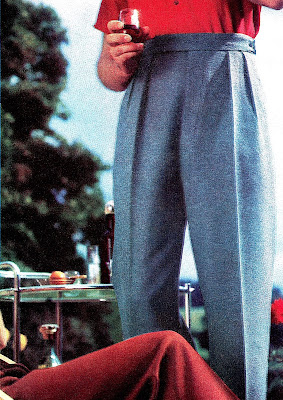 Bottoms up
What goes around often comes back
to bite you in the ass. Hence it's best
to be on one's best behavior in order
to avoid temptation. Otherwise one
risks a chance encounter with a prior
error in judgment. So what would I
do if I bumped into said bedfellow?
Would I recognize the error of my
ways? For all I know he could be my
next boss, employee, or friend's new
husband? Ghosts can haunt you. So
isn't it better to behave in a manner
that would make your Mom proud? 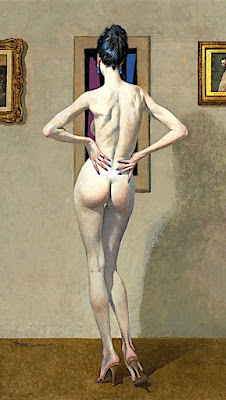 Where forth art thou?
There is nothing wrong with reliving one's
past imperfect. Recently my bestie "T" hit
an auction preview. Thumbing through a
mound of photographs she suddenly came
upon an image that piqued her interest. One
afternoon long ago she posed for a friend
and then forgot about it. Suddenly there
before her lay a record of a moment in time.
Somewhere, somehow it had been waiting
to be rediscovered. Youth may be elusive
but memories are always a gift. And so I
bid on and won said remembrance of times
past. Now as always I've got her back... 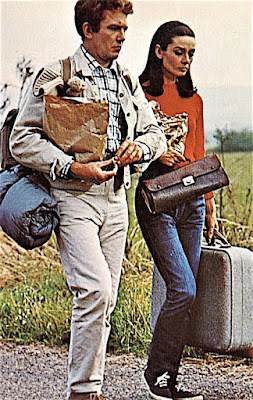 Two for the road
"T" and I have shared a lifetime together.
Now that all of our parents are gone, few
remain who know what we know. Over
the years we've evolved into two very
different people than we were when we
first met. Yet in fact we remain the same
as we've always been. Knowing where
one has been enriches one's perspective.
Thus an occasional encounter with one's
past can end up being a happy reunion.
And even when one is reminded of some
prior mistake, it's further proof that we're
older and much, much wiser!
Posted by montanaroue at 4:00 AM