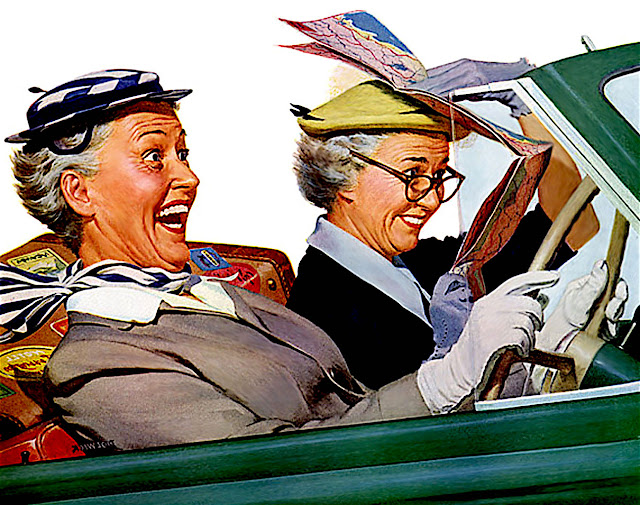 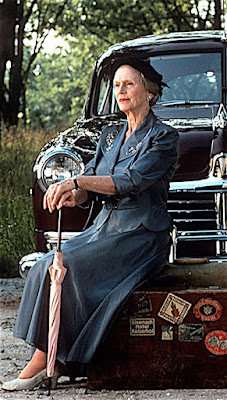 Above all else
My Mother was if nothing else rather
confident of her place within this world.
Such entitlement drove a her rebellion
against anything that she didn't control.
Hence for most of Ethel's existence she
bucked the system or at least ignored
the fact that anybody had more power
than she. Don't assume that meant Ethel
didn't follow the rules. She simply opted
to embrace those that were in her favor.
And forget any of which she considered
bothersome. Especially when it came to
the Department of Motor Vehicles. 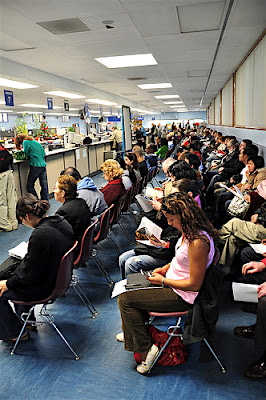 Line by line
In most urban areas everyone agrees on
one subject. The one place you should
avoid at all counts is the D.M.V. Thus
no matter where one lives - any office
associated with vehicular governance
is dirty, crowded, and nasty. Add those
often uncivil civil servants and it's best
to stay as far away as possible. Hence
if a visit is required, one must prepare
for the worst and hope for the best. If
you don't understand what I'm rambling
about - watch any one of the comedy
sketches below. They are all too REAL! 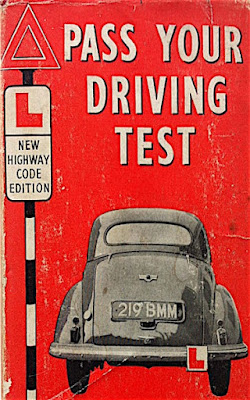 Alternative route
Mother obviously hated dealing with
any bureaucrat. Therefore once she
maintained a residence far beyond the
big city - she never looked back. You
see, while still rather challenging, said
purveyors of propulsion licensing are
kinder and gentler elsewhere. However
after hitting her mid eighties we moved
her to "Siberia." Requiring Ethel to get
a new license and... TAKE THE TEST.
I won't bother you with the details except
that Mother failed MULTIPLE attempts.
Resulting in automotive Armageddon. 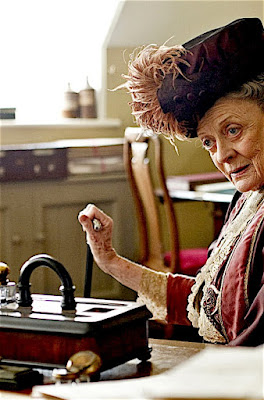 Really?
Ethel simply wouldn't apply any blame
for the error of her ways upon herself.
Instead she accused the system of being
corrupt and the test of being "rigged."
I highly doubt that any one purposefully
picked Mother out for retribution. Yet
post their initial encounter, it's safe to
assume that she ended up on some one's
shit list. Meaning that for months try as
she might, she couldn't pass muster.
Which only caused everyone around her
to be in a fluster. God was she angry!
Like it or not she did her homework. 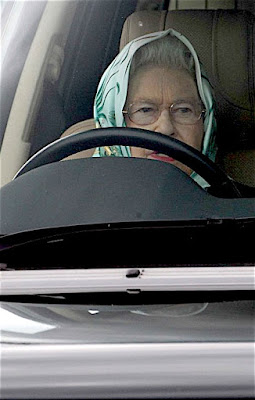 Driver's education
After multiple attempts Mother finally
passed her written and driving tests.
Only to almost immediately move to
Montana. Once here she easily secured
a new license sans any scenes. Soon
thereafter she realized it was in the
best interests of herself, passengers,
and all local residents to stop driving.
Said decision was among the hardest
she ever made. However while off
the road, Mother never gave up the
driver's seat. She was still in control
no matter who manned the wheel! 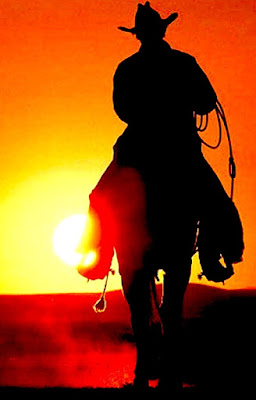 Easy does it
Here in Montana "the system" is really
not that bad. A week ago I scheduled
an appointment at our local DMV to
renew my driver's license. Oddly my
appointed day was April Fool's Day -
Quite appropriate as that was Ethel's
favorite holiday. Armed with a battery
of required documentation I quickly
went through the paces and am now
official for ten years. No lines and no
drama. A reminder that while one may
miss Manhattan, there are benefits to
living here the wild west. Giddy up!