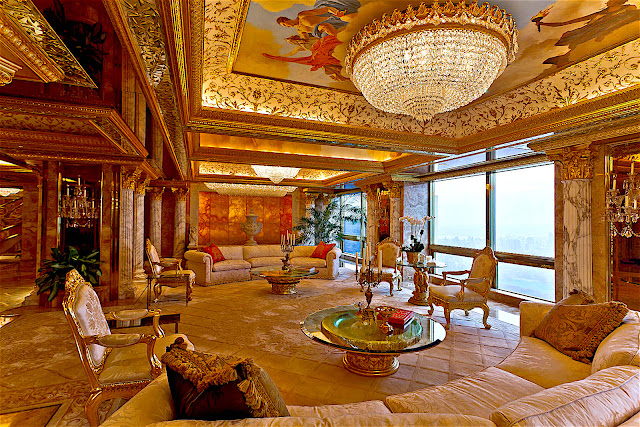 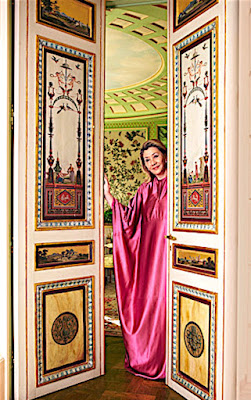 Priced to sell
Yesterday I read that Susan Gutfreund
has put her Fifth Avenue duplex on the
market for $120 Million. While most
undoubtably a spread, and located in
one of the city's best buildings, I was
still gobsmacked. Not because certain
people can live that way - but because
many actually do. Which explains the
prices on Bergdorf''s seventh floor.
Obviously some folk need not blink an
eye or suffer sticker shock given the
balance in their Swiss bank accounts.
In so many ways they're above us all. 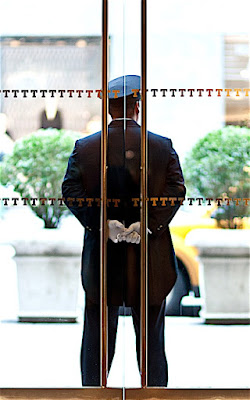 Leveraged assets
It's easy to label others as "rich". There
has always been a certain tier of those
who have more than enough. By their
very nature they are different from the
rest. However it seems that more and
more are populating the high and low
extremes with few left in the middle.
What worries me is that ever widening
schism between "us" and "them". In
places like Manhattan most will never
get ahead, even if they want to. And at
some point, said gap could drive some
to anarchy. It's happened before... 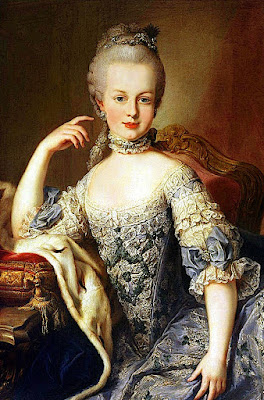 Cake walk
Marie Antoinette, Czar Nicholas, or
Imelda Marcos may have been nice
people but it's certain they were out
of touch. Most monarchies have faded
with time yet elitism is alive and well
here in the United States of America.
And while this boy certainly enjoys
all of the accoutrements that come
with being manor born, I can't help
but fret. After all, a very wealthy man
with a gold plated apartment is about
to become the Republican candidate
for President. Is he our gold standard? 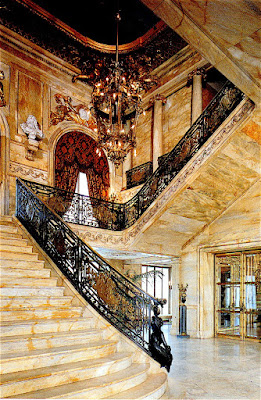 Power trip
Character is no longer the key measure
of leadership. Rather it's bravado, cash,
and private planes. A century ago, the
Morgans, Vanderbilts, and Astors lived
like kings yet they knew better than to
run for the nation's top slot. Whether
that was due to decorum or the fact that
they preferred to pull strings from the
sidelines doesn't matter. You see, power
has always fueled greed. The difference
is that today Americans seem to enjoy
celebrating avarice. Have we decided
that if you can't beat them, join them? 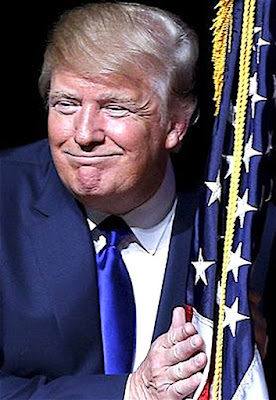 The people's choice
Such a double standard supports a
billionaire known for firing people.
And promotes the delusion that he
is an "outsider." When in reality,
the only way to amass a fortune
like his is the play the game and...
bend a few rules to one's benefit.
How naive are we? Basking in his
golden glow seems to have blinded
many. How can anybody believe
that someone who lives in a gilded
cage has any comprehension of our
wants or needs?! Are they NUTS?! 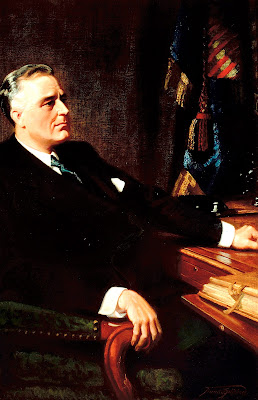 Rich in character
Personal wealth should't matter. While
Franklin Delano Roosevelt's reserves
had a better pedigree, he was quite
"comfortable". The big difference is
that throughout his life he used his
wealth and pedigree as a springboard
to better the lives of others. Some may
paint him as a drunken and crippled
despot. However the fact is he made
this world a better place for all. And
while not a saint FDR was dedicated
to serving the people - not himself.
Thus it was all about US - not him. 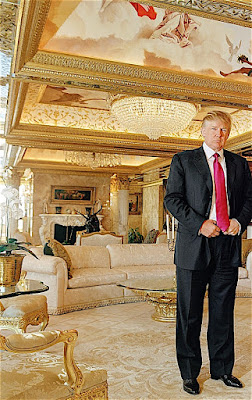 Gold finger?
Why would anybody support somebody
whose sole and primary purpose is self
aggrandizement? What baffles is not
how blatant this potential candidate's
ambition is. But rather how many of
us are more than happy to fuel his ego.
It's more than obvious what Mr. Trump
will gain from all of this. However one
must question whether the rest of us
will benefit in the process of following
him. Maybe his entertainment value is
enough. However this time he might
be calling the shots. What price glory?
Posted by montanaroue at 4:00 AM