SINS OF THE FATHER 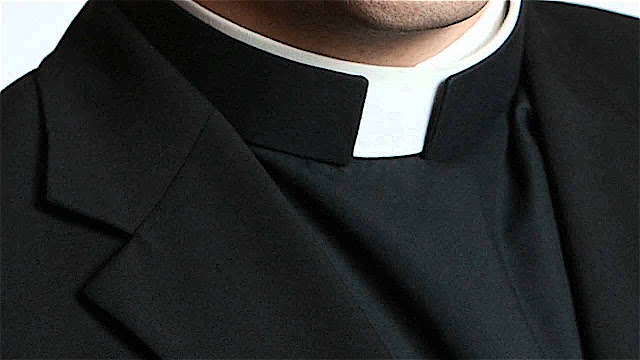 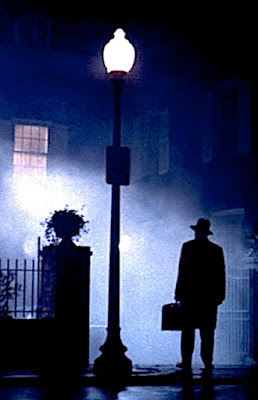 Something evil comes this way
Before I continue, I must confess that
I struggled with sharing the following.
There are times when one confronts
evil. Said dark force always takes one
by surprise. When sins such as piety,
arrogance, and cruelty are inflicted in
the name of God, we're dumbfounded.
After one is violated, the first question
a victim asks is "why." Inevitably there
is no rational answer for such actions.
Thus in the end most wrong doing can
never be truly justified or rationalized.
All one can say is that it's simply BAD. 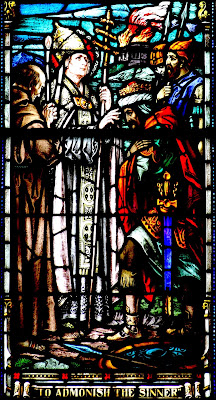 Saint or sinner?
This past Tuesday a theoretical man of God
assaulted the honor and violated the dignity
of a ninety two year old lady who certainly
didn't deserve it. Even worse, said pious prig
disrupted the grieving process of her family.
Whatever his purpose or rationale for such
an evil episode doesn't matter. There simply
is no excuse. In the end those impacted rose
above his muck to honor our beloved. Yet
now that a day or two has passed, it's hard
to ignore the impact of such a selfish act.
Therefore for the record, it's important that
we share the details of what just happened... 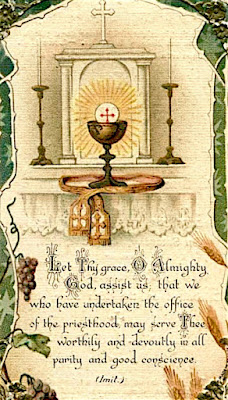 New man in town
Seventeen months ago, a young man
named Samuel Spiering assumed the
leadership of St. Leo's Catholic Church
here in Lewistown. Soon thereafter he
expelled two very respected members
of the congregation. His reason?  They
were gay and legally married. Said
action split the community of faith.
As a result this writer and his partner
of over twenty years were also forced
to leave the parish. Yet ultimately the
outpouring of community support far
outweighed any sting of expulsion. 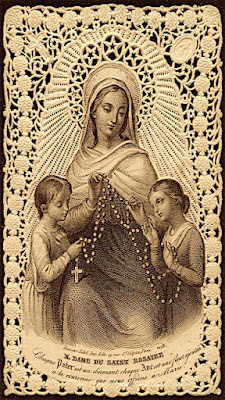 Faithful to the end
Therefore when our family lost our beloved
Mother, many of us struggled with the idea
of holding her funeral service at St. Leo's
Catholic Church. However Mom was a
lifetime Catholic. Thus while her views on
life may have evolved throughout her time
here on earth, her commitment to the Holy
Roman Catholic Church never wavered.
On her deathbed the final visitation of her
local priest comforted and sustained her.
And in the end, Mom died quietly with
her husband and rosary at her side. And
so, we humbly honored her last wishes. 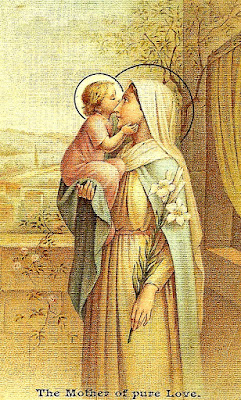 Truly beloved
In planning Pearl's funeral, there was never
a question about who would officiate. For
over twenty years our former Parish Priest
was more than just a man of God. He was
a beloved member our family. Often called
the "fourth son," Father D had a personal
and spiritual connection with Mom. Yet
in order for him to return post retirement
and perform said service , we first had to
secure clearance from St. Leo's and it's new
priest. Quickly we initiated the process and
worked through the details. And thus we
faithfully laid our plans in God's hands. 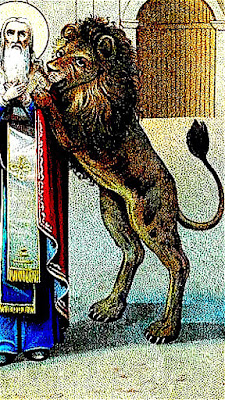 Dictum dichotomy
With all of the details seemingly confirmed,
we gathered together as a community and
family at St. Leo's Church almost a week
later. Over three hundred packed the pews.
Unbeknownst to the immediate family
Father Sam opted to challenge Father D
on an issue that had nothing to do with our
family or deceased Mother. He demanded
that Father D take action. If not, he would
not allow him to officiate at the funeral.
Post discussion Father D refused to do so.
Soon thereafter Father Sam expelled him
from the church premises for perpetuity. 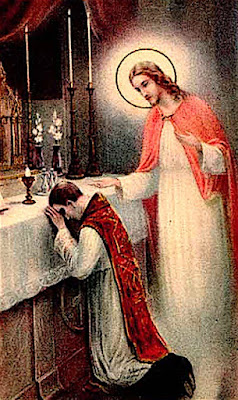 Last but not least
Fifteen minutes before the service was
to begin, Father Sam entered the small
room where our ninety seven year old
father and family were waiting. He sat
down next to Dad and quietly told him
that Father D was unable to do Mom's
service and that he would be officiating.
Confused, Dad asked "Why?" Upon
hearing this sideline chat, Dad's niece
questioned Father Sam on the details
for all to hear. Subsequently a heated
and convoluted confrontation occurred.
Where was God in all of this? 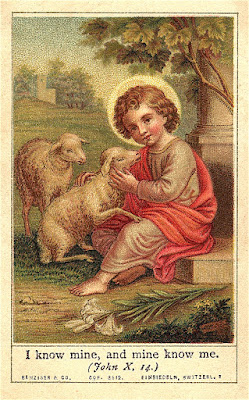 Lost lambs
At no time did Father Sam explain exactly
what had transpired. Nor detailed the issue
that had caused Father D to exit. He stated
that Father D had refused to take action on
something "important to the parish." And
post his refusal, he had left the premises.
Confused, upset, and frankly quite angry,
a plethora of family members challenged
him for more details. He simply refused -
continually stating that he would now lead
our beloved Mother's funeral. Apparently
he assumed that we would follow his lead
whether we liked it or not. We did not. 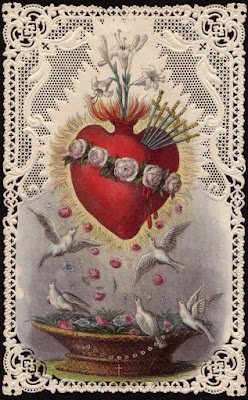 Heart broken
Several begged him to bring Father D
back. Some asked him to rethink his
decision. Others pleaded to his better
judgement to no avail. Father Sam's
attitude and demeanor was dismissive
to everyone involved. Finally I'd had
enough and loudly stated (for many
of the congregation to hear) - "You
despicable son of a bitch." And while
I quickly regretted such an outburst,
a lightening bolt did not descend from
heaven to smite me. Was God equally
appalled at what was happening?! 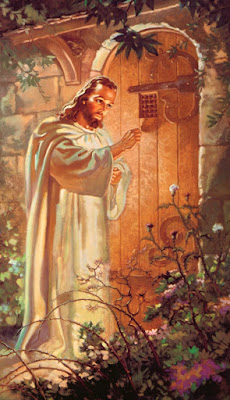 Exit strategy
Finally, everyone told Father Sam that
he absolutely would NOT be leading
the funeral. Rather we would announce
to the assembled crowd that the service
was cancelled. Fortunately just then
another  priest in attendance agreed to
take the lead. Soon thereafter relative
after relative told Father Sam the he
must LEAVE as his presence was NOT
wanted at our loved one's funeral. Both
young and old alike stood face to face
with him. After some time he finally
acquiesced and reluctantly departed. 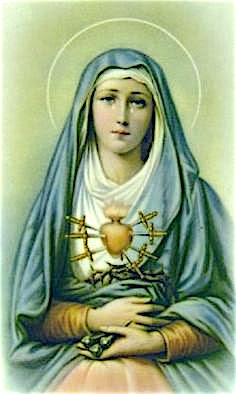 Miracles do happen
Miraculously, the following service was
reverent, celebratory, and beautiful. All
in attendance, including most of whom
knew nothing about what had transpired
lauded a lady who was the personification
of kindness and love. For the balance of
the day our family basked in her glow.
And there was no doubt that God was
with us. Hence against all odds, our love
for her conquered all. It wasn't until later
that evening that our angst and frustration
over the morning's events arose again. All
must be told about the sins of that Father. 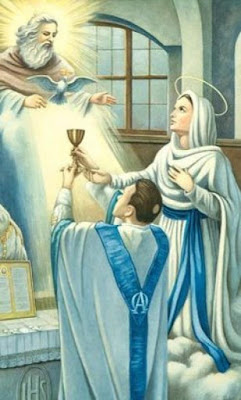 Why?
Why did Father Samuel Spiering choose
to disrupt a faithful, honored parishioner's
funeral? More perplexing, why wait to do
so just prior to the solemn event itself?!
Finally, why did some petty parish issue
seem important enough to him to usurp
the wishes and needs of a grieving family?
In hindsight one can only assume that his
pride and possibly prejudice fueled Sam's
actions that day. However one can't help
but wonder why? And worry that this
prideful pup's pious priorities may also
be hurting many others. Is that right?! 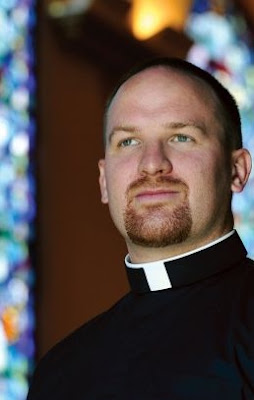 Judgment day
Obviously the deed has been done. And
while we will all move on, the memories
of this cruel and callous act will haunt
some of us for years. There is no excuse
for such behavior. And sadly, given our
prior experience with raising concerns
to Bishop Warfel of the Archdiocese of
Great Falls, Billings - it's highly doubtful
Father Samuel Spiering will experience
any repercussions for the error of his
ways. If one believes the Bible, his day
of judgement will soon come. Hence we
wish you luck explaining this one Sam.


MAKE YOUR VOICE HEARD -
Here are some options if you desire to write a letter, send an e-mail, or make a phone call about what happened.

Note: It is my understanding that the Lewistown News Argus is refusing to print any letters on this subject. Apparently they are concerned that this is all "hearsay" and therefore unsubstantiated. When challenged to cover the subject, they were more than hesitant to take on the local Catholic church. Please continue to send them letters along with sending them to the Great Falls and Billings papers listed below. THANK YOU

Great Falls Tribune
Letters to the Editor
http://static.greatfallstribune.com/lettertoeditor/
Posted by montanaroue at 8:16 PM