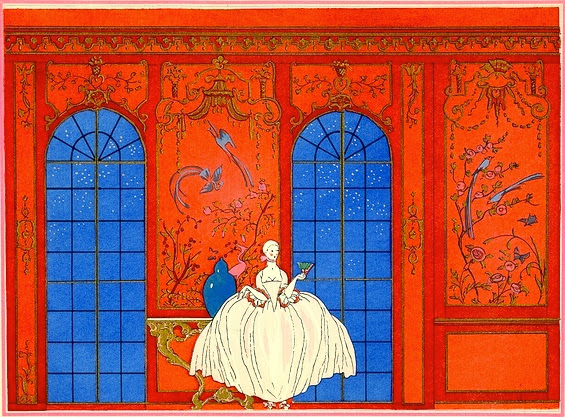 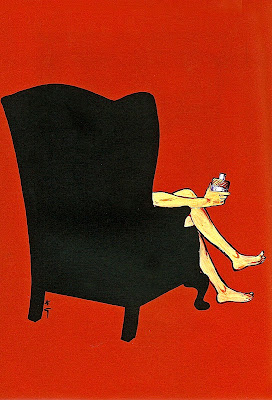 Rude rouge
My friend "CA" had a charming
pre-war apartment on the upper
east side. Everything was classic
with a touch of modernity. But
the showstopper was her living
room swathed in glorious quince.
While quite stunning, ultimately
it was repainted a calm taupe. Per
the lady in residence - "try being
greeted by that color every night
when you get home from work."
Proof even the most decadent can
have too much of a good thing. 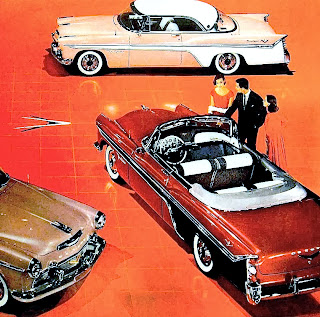 Risky business
Red is certainly an over the top
hue. It's intensity seems to both
engage and enrage. Statistics
show that red automobiles end
up in more accidents. Driven
by data that shows those who
purchase red vehicles are more
inclined to be extroverts. Who
knew red defined risk takers?
Apparently, RED MEANS GO! 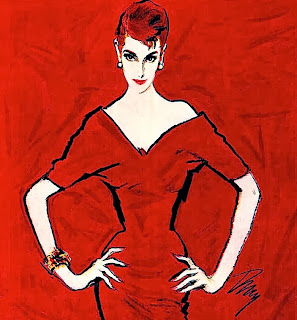 Ruby Tuesday
Years ago, I attended a soiree
at the Plaza with my friend "A".
As we climbed the marble stairs,
a elegant lady ahead wore a pair
of candy apple red pumps. She
paired them with a simple black
sheath for a striking combination.
Another lass unfortunately wore
scarlet head to toe appearing as
if ready to become Satan's bride. 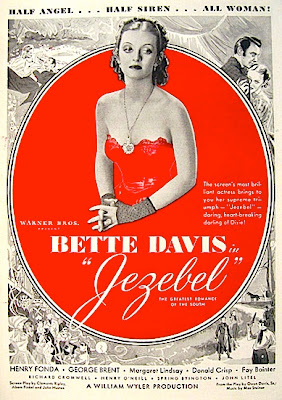 Miss Scarlet
Since Hester Prynne, red has long
been a sign of ill repute. In Ethel's
day red was considered appropriate
for ladies considered inappropriate.
Who doesn't remember the scene
from the 1939 classic flick Jezebel?
Miss Julie (Bette Davis) wears ruby
red rather than virginal white to a
debutante ball and loses her man.
Red was not Bette's lucky color as
it only got worse when she caught
scarlet fever and lost her beauty in
Mrs. Skeffington! REDRUM? 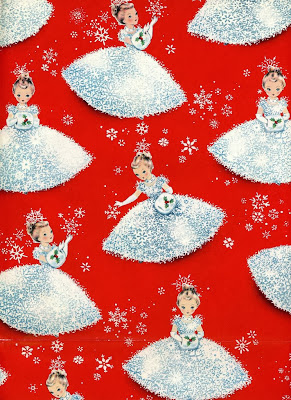 Twice as nice
While at times red might be deemed
ill advised, twice a year it's de rigeur.
All things rouge are essential during
Christmas and Valentine's Day. In
the midst of a dreary winter season,
a pop of scarlet brightens the soul.
It's a welcome respite and hence we
add a splash of ruby for a week or
two each year. However I'll admit
that I'm rather sick of seeing red.
You see, for months thats all some
of us have been talking about. And
happily after tonight enough said. 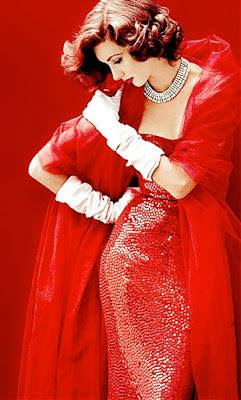 Well red
Here in rural Montana, winter is the best
time to turn up the heat. And so tonight
the Lewistown Downtown Association
is hosting it's Paint The Town Red Gala.
All of our community's brightest plus a
few of it's gayest will be out and about
strutting their stuff. And what better way
to celebrate Valentine's Day than showing
our collective love for the historic heart
of our community?! After all, we're all
in this together. Hence it makes sense
to protect, preserve, and support our
historic downtown. SEE YOU THERE!


RED ALERT -
Given all that's been upon my plate,
today's blog is a rework of a prior blog entry
dating from December 27th, 2013.
Once the dust settles next week
I promise there will be no further repeat performances.
LOVE YOU!
Posted by montanaroue at 4:00 AM