The Fall of Western Civilization 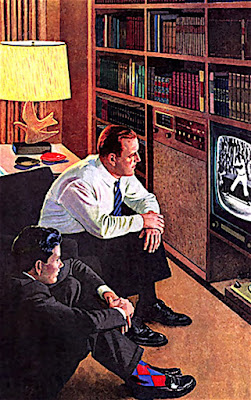 Tele hubbies
I must make a confession. Over the last
year my frequency of television viewing
has dramatically increased. Historically
it was primarily a solitary sin done in
shameful isolation from my one and only.
Frank has always prided himself that he
NEVER turns on a television. However
I've slowly corrupted him to the point
where we now spend two or three nights
a week staring at the screen together.
And even if he doesn't join in all the time,
I'm sinking deeper into a media morass.
Trust me friends, it ain't pretty. 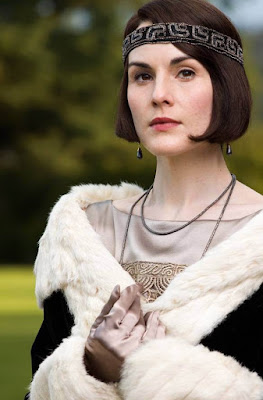 In a manor of speaking...
If nothing else my viewing tastes are
diverse. Sunday evening is the best
example of just that. For the past few
weeks we've been glued to the set
watching Downton Abbey's grand
finale. Frankly, it's been a tad slow
until last night. Oddly love interest
and vomiting blood added more
than a bit of drama. Now it seems
things are picking up. While we
don't want it to end it's obviously
time for the Crawleys to move on.
But oh... how they will be missed. 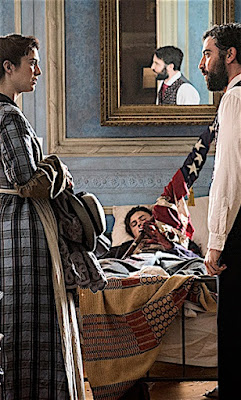 Southern exposure
Whether due to adjacency or complacency
we've stayed put and hence have become
hooked on Mercy Street. To date we have
slowly become enamored with this rather
gory tale of a Union Hospital in Virginia.
While nobody likes watching amputations,
it does bring that horrific war to life. Add
a mix of north/south intrigue and we're
hooked. Thus for three hours each Sunday
we're glued to PBS. And once said run is
finally over, Frank immediately exits the
room. All because that's when I change
channels and the bloodbath really begins. 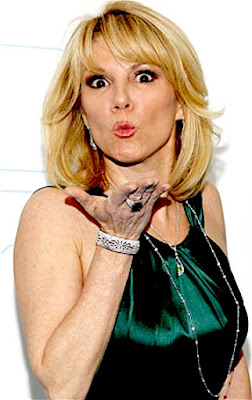 Boob tube
For those who know me well, you're
fully aware of my affection for any
Real Housewife. After viewing the
aristocracy of post Edwardian England
and the antebellum South, one needs a
dose of reality. And who better to slap
me in the face than some babes from
Atlanta and Potomac. Yes, these shows
are awful, maudlin, idiotic, and hence
ADDICTIVE. Over the years I've fallen
in love with ladies from New York, New
Jersey, Miami, and Beverly Hills. But
honey, the south has risen once more! 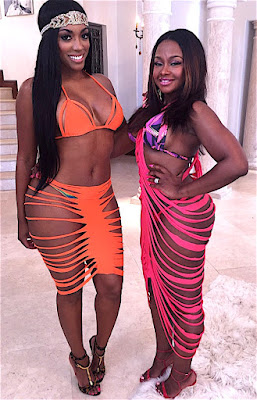 Snap, cracker, pop
To be clear, these programs and those
who expose their lives thereon are
beyond awful. Yet a weekly dose of
real drag queens makes me appreciate
my life all the more. What I can't quite
understand is why a group of obviously
beautiful, mostly intelligent, and sort
of successful black women bare their
raw ambitions for all to see. Yet like
most reality stars, each and every one
of these ladies has some sort of hidden
agenda. And so much like passing a
roadside accident, I can't help but look. 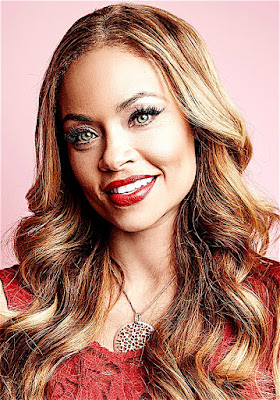 Social security
Here in Central Montana there are
few if any "characters" left. And
those who remain are certainly not
sporting weaves and wearing six
inch high Louboutins. Theres no
doubt that these southern belles are
over the top. However the newest
gaggle of girls from Potomac seem
to think they're extra special. While
I'm certain they're not in the Social
Register they act as if they should
be in ways that insure that they will
never be anything but all too real. 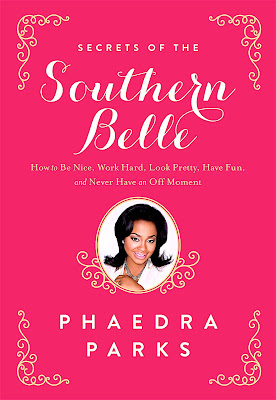 To the manner born
Watching the blind lead the blind on
matters of etiquette is entertaining.
However I'm rather embarrassed by
a group of proud black ladies trying
to look and act as white as possible.
Given they're glamazon trophies,
they should have nothing to prove.
Yet somehow they feel the need to
publicly display their futile attempts
at being real ladies - not housewives.
The ludicrous results of which leave
one ashamed to watch from afar. So
why do I continue to tune in weekly? 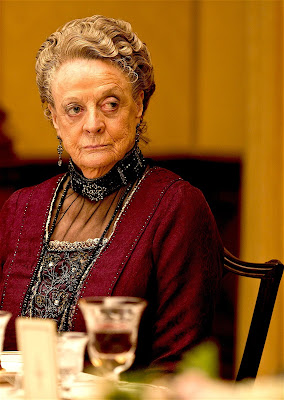 Watch out girls
Like Margaret Mead, I like studying
human nature. I find the far ends of
the social spectrum quite fascinating.
Yet we're all the same. Whereas Lady
Grantham struggles with the decay of
the landed gentry, Miss Kenya can't
quite understand why nobody likes
a bull in a china shop. A century may
separate their sagas, yet ultimately
they're two gals trying to find their
place in an ever changing world.
And what could be more entertaining
than that? TUNE IN NEXT WEEK...
Posted by montanaroue at 4:00 AM