JUST A COUPLE OF SHUT INS 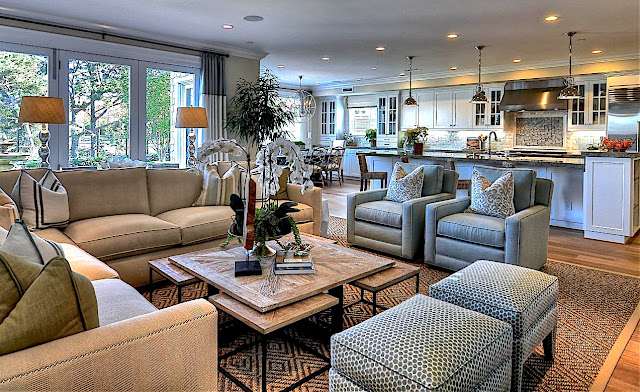 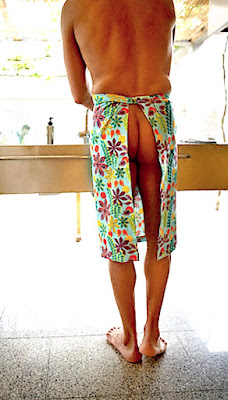 Bare facts
Continuing with my television diatribe,
I've recently been watching a swath of
home improvement shows on HGTV.
Whether it's those brothers or arguing
pair of Canadians, all they seem to do
is tear down walls to create expansive
"open concept" spaces. And while I'll
admit that every single transformation
is spectacular, I can't help but wonder
how open their owners will be to the
fact that their entire house will smell
like last night's dinner for days after.
At least in my opinion that STINKS! 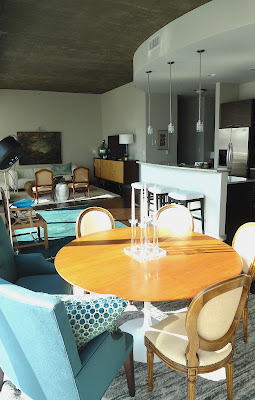 Wide open spaces
Let me assure you that once upon a time
I too was blinded by the same proverbial
open trap. Our lovely Dallas apartment
was a massive space with a sleek kitchen
floating in the middle - out in the open
(see right.) It looked spectacular. Well,
at least when we weren't having a dinner
party. That's because invariably once we
were in our cups suddenly those granite
expanses were covered with dirty pots
and pans plus dishes. And try as I might,
I just couldn't get comfortable with that
approach. Does that make me a mess? 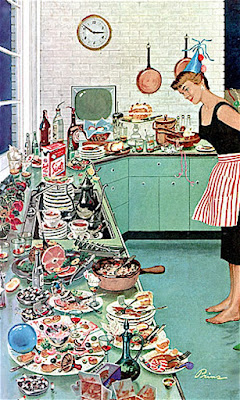 Mr. Clean
Frank is what I call a free form chef.
There is no doubt that everything he
makes is spectacular. However what
is equally amazing is that somehow
he seems to use every pot, bowl, and
utensil in the kitchen while preparing
it. Thus by the time dinner is served,
the place looks like a war zone. Soon
it became apparent that allowing him
to freely cook in a wide open space
wasn't going to work long term. And
so we've been there, done that and
figured out how to clean up our act. 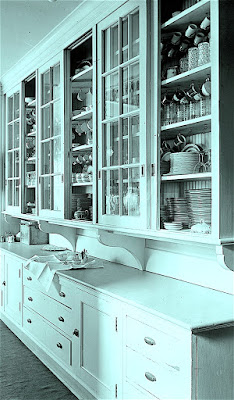 Closed door policy
When we started restoring our historic
1917 home it was obvious from the get
go that our kitchen would never be an
open but rather a shut case. First of all
the original floor plan simply wouldn't
accommodate such a modern concept.
Second our dining room was lined with
lovely wainscoting that we couldn't rip
out to clear the decks. Finally, we'd
already decided that having another
kitchen like the one Dallas wasn't for
us. And so, we happily shut the door
on that idea to create a classic kitchen. 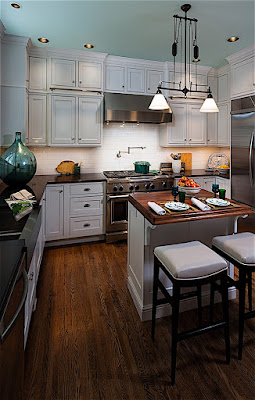 Back to the future
Ultimately our final kitchen design
while not a direct restoration was
an homage to the past. And if that
makes us old fashioned, so be it.
You see we don't want you stirring
our pots. We prefer to pamper you
rather than make you sit in a mess
as you watch us cook. Thus our
kitchen is anything but open. It's
a hidden enclave behind a closed
door. We may not be Mrs. Patmore
of Downton Abbey, but we ask that
you please stay out of our kitchen. 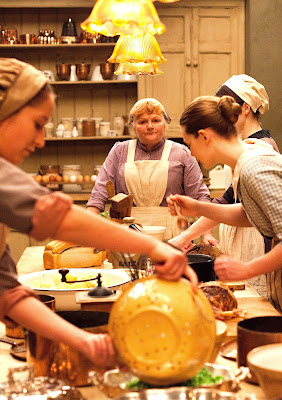 Old family recipe
If something burns, you won't smell
it. If we don't want to clean up until
the morning after, we can all linger
over a cordial far from the scene of
the crime. Our secret recipe is our
kitchen is off limits. On the occasion
when we hire someone else to cook
and serve our supper, they won't be
watching as we dine. It simply seems
civilized to live in the manner we're
accustomed to. Hence we're not open
to baring our soles. And given we've
no plans to sell, resale be damned! 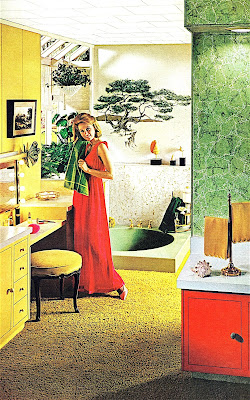 Lessons learned
Trends come and go. Hence I can't help
but wonder about the fate of all of these
open concept kitchens. In the future will
they be considered the equals to indoor
hot tubs and wall to wall shag carpeted
bathrooms? Rather than ripping down
walls will future generations be putting
them back? Recently I've been reading
that traditional, separate room kitchens
are once again in favor. Which proves
that either we're trendsetters or that as
always, what goes around comes around.
So this open and shut case is CLOSED!
Posted by montanaroue at 4:00 AM