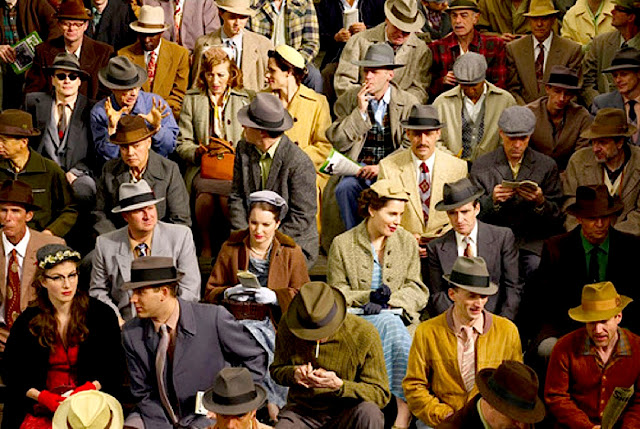 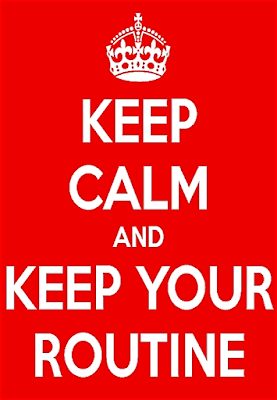 Routine violations
Given I'm a creature of habit rituals
reassure me that everything is as it
should be. Yet it's rare that our daily
grind is "normal." Challenges come
and go as do good and bad times.
All of which means that at least in
my opinion, nothing is ever as it
should be. Which if nothing else
constantly teaches me that I've got
to adapt to circumstances whether
I like it or not. At times I worry that
all of the above is proof that I'm old.
Could that possibly be true? 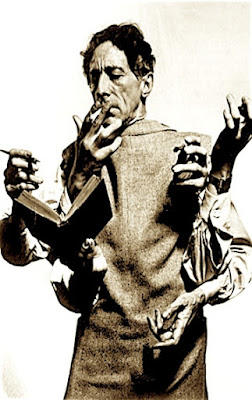 Multi-faceted
There are many differing opinions about
whether "multi-tasking" is a good or bad
thing. Within the workplace it has become
the norm if not an on the job requirement.
Juggling the plethora of pressures that
are associated with said responsibilities
requires skills that some of us simply
can't master. In theory technology is at
hand and ready, willing, and able to keep
our heads above water. However I can't
help but wonder if said "conveniences"
are slowly pushing us over the edge to
extinction. Is that civilized?! 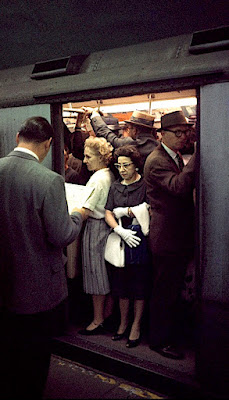 Class distinction
At one point in our civilization, solitude
was considered a privilege for the upper
crust. Especially in our larger cities the
poor lived en masse in the equivalent
of slums. They spent their days within
a realm of distractions amidst the din of
an impoverished existence. Whereas for
those wealthier - the quieter, the better.
They lived on vast estates or behind tall
walls as far from the maddening crowd
as possible. Somewhere along the way
we shifted our priorities and suddenly
the inmates were running the asylum. 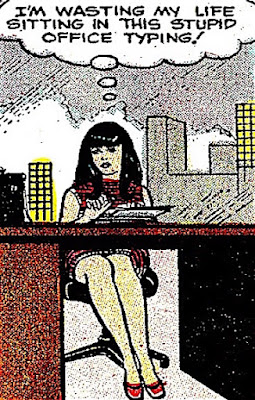 Closed subject
Why is it now seemingly fashionable to
live and work in the midst of mania? Is
there anybody who actually feels they
are productive when working within a
modern "open" office?! Can anybody
get anything done in an atmosphere
where it's impossible to focus? Call me
old fashioned but I prefer to get the job
done BEHIND closed doors. If I want
to collaborate, I'll be sure to invite you
to a meeting. During said limited time
span we can confab. But please see my
secretary if you need some face time. 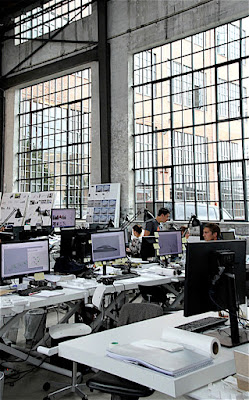 Open and shut case
Much like my aversion to living in
wide open spaces, I like my privacy.
I realize that sounds a bit odd given
I've no problem sharing all of my
personal secrets via venues like this
blog. However in order to spew this
brew I need a quiet time and place to
stew. Otherwise whatever is said may
or may not make sense. Which is my
excuse for today's obviously muffed
missive. I'm writing from a family
gathering which may be overflowing
with love but is lacking in solitude. 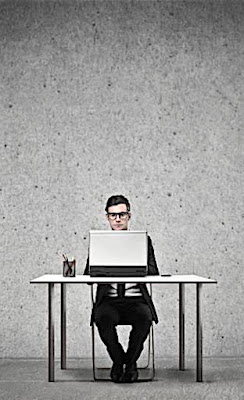 Man overboard
In theory I should be able to maintain my
composure while several loved ones hold
multiple conversations around
me. Either not smart enough to do so
or smart enough to know that nothing
good ever comes out of such a state
of confusion. Mixed messages rarely
provide clarity, especially when they
are competing for attention. And so,
with apologies I offer this blog up as
proof that one can't create anything of
substance while multi-tasking. Now...
where was I? I seem to have lost track.
Posted by montanaroue at 4:00 AM