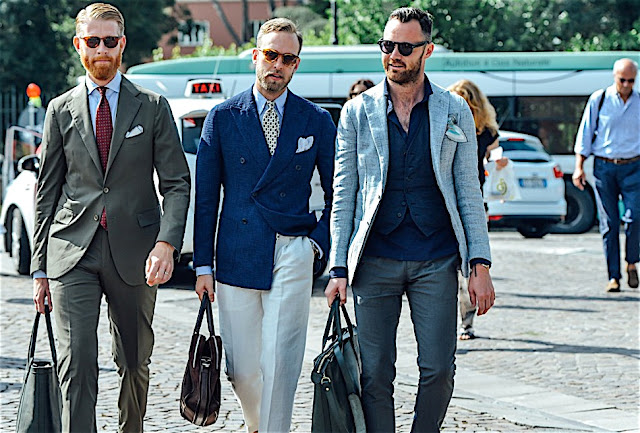 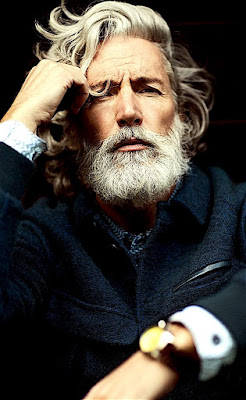 A hairy situation
Often a revelation hits you unexpectedly.
All of a sudden one stops and scratches
their head in wonderment. Or, during my
most recent pause to ponder... chin. We're
all in some shape or form fashion victims,
slaves to style, or if we're totally honest,
lazy copy cats. Trends come and go and
usually they're rather easy to emulate. If
and when the time is right, we're ready
to move on. However my bemusement
has to do with what is better known as
my "scruff." I.E. that several day stubble
upon my face that suddenly feels wrong. 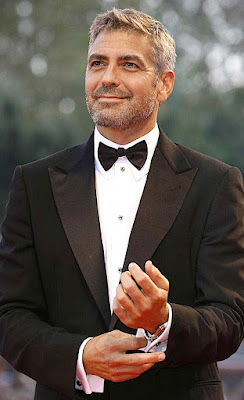 Scruff stuff
Like most gay men I'm fairly adept
at managing personal hygiene. Hence
for most of my life the nearest I got to
being a mountain man was a martini at
a Leather Bar on a Friday night. Like
most young boys I stood and watched
my father shave each morning until the
time finally came to proudly grab said
razor out of his hand. However that all
changed when somebody as handsome
as George Clooney went out and about
in all of his unshaven glory. Suddenly
"scruffy" became the epitome of sexy. 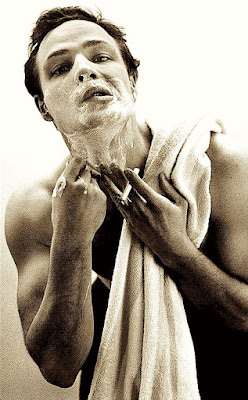 Close shave
I've never been one for facial hair. The
few times I sported anything beyond
pimples upon my puss was a disaster.
Therefore I decided to leave bushy
to men like Sam Elliot who were able
to carry off what I couldn't. And so for
most of my life I shaved daily. Well -
until I decided to emulate the new
mode of macho men who were letting
it all hang out (on their faces that is.)
My problem is that once I stopped,
I became rather lazy. The question is
can a scruffy man shave once more? 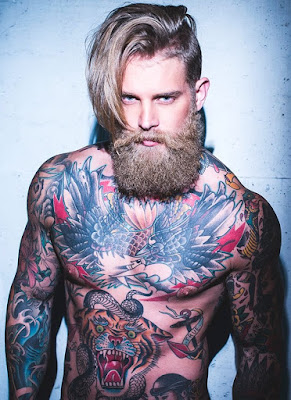 Hair today, gone tomorrow?
When we last lived in Manhattan,
the streets were full of young men
sporting more than scruff. Hipsters
fully embraced facial hair along
with a formulaic haircut that was
tight on the sides and long on the
top. Like peacocks they strutted
about in skin tight suits and Italian
shoes. And I'll admit that I did the
best that any middle aged man can
do to follow in their footsteps. Well,
almost anything. Fortunately I did
not get a tattoo or two or three or... 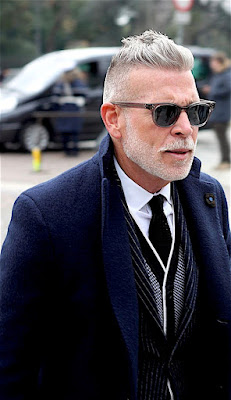 In the Nick of time
Much of this can be blamed on Nick
Wooster. While diminutive in stature,
this beyond lovely man soars above
the rest when it comes to style. At
some point his approach to putting
himself together became the uniform
of choice for all at Pitti Uomo. And
soon in every cool and groovy nook
and cranny throughout the world boys
were asking W.W.N.D.? Now that his
signature look is sported by an army
of clones, will Nick be forced to alter
what obviously looks good on him? 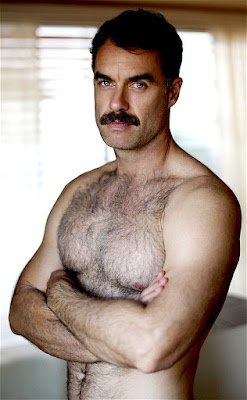 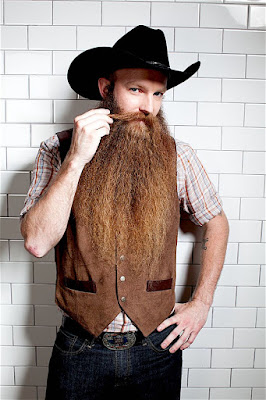 Over and out
So what brought on my sudden desire
to pull out the razor? Yesterday I saw
a group of young men in town. There
in their midst was a boy trying his best
to be hip. And oh... it was obvious that
whoever had wielded the clippers had
gone in the wrong direction. That's
when I realized that if this trend had
finally hit rural Montana, it was time
to move on. Now my quandary is
what's "next?!" Exactly how should
I alter my facade? Is it time to stick
my chin out and let my hair down? 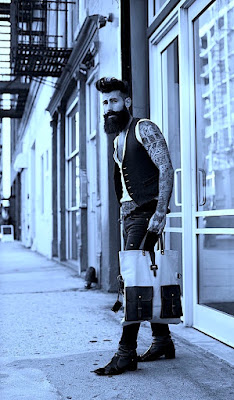 Looking for Mr. Goodbeard?
I have to admit that I'm struggling. First
with the idea that I might have to return
to shaving on a daily basis. However the
concept of rethinking my coif is of even
greater concern. Even at my age I sport
a rather thick head of hair. Hence the
idea of unleashing said beast to a greater
length is terrifying at best. For now I'm
going to try to clean up my act. And if
that means shaving with more frequency,
then so be it. The question is what should
my "new" look be? Maybe it's time to take
a trip back east to civilization and see...
Posted by montanaroue at 4:00 AM