JUST A CENTURY AGO 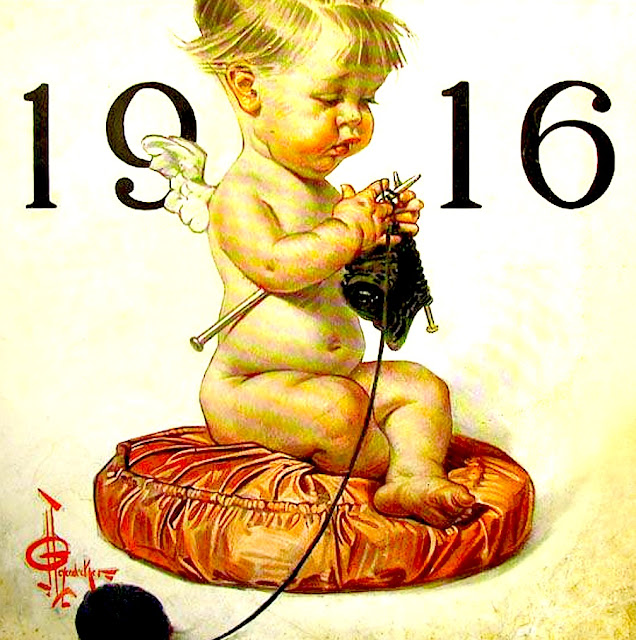 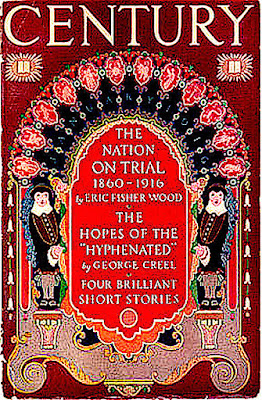 Closer than you think
It's hard to believe that Frank's father
is less than three years away from his
century mark. Suddenly that kind of
living timeline puts one hundred years
within reach. As a history buff, I love
putting myself into the shoes of those
who walked before me. If time travel
was possible, I think I might easily
adapt to the world of 1916. The fact is
that beyond their historical experience,
our forefathers were no different than
you or I. So why don't we step back
to see just how far we've really come. 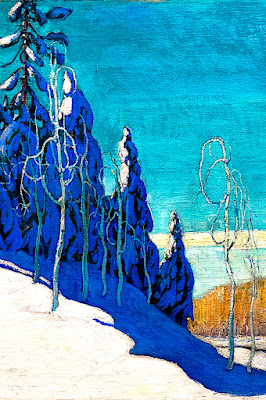 JAN: Browning MT
In Browning, Montana the temperature
dropped 100 degrees from +44 to -56
degrees fahrenheit within 24 hours.
A century later this community of one
thousand still holds the world record
for the biggest temperature drop in a
single day. Only surpassed by Loma,
Montana (pop. 85) which maintains
the record for the greatest increase in
24 hours. One day in January 1972
their thermometers raised 103 degrees
from -54 to +49 degrees fahrenheit.
As they say... only in MONTANA! 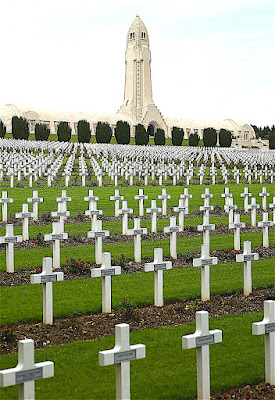 FEB: Verdun, France
In the First World War, the Battle
of Verdun remains the worst. For
303 days French soldiers fought
German forces along the Western
Front. The longest battle in human
history it ended with over 700,000
casualties killing 262,000. To put
those casualty numbers in context,
the respective populations of cities
such as Detroit, Seattle, Denver,
Boston, or Washington DC are
equal in number. Yet did any of
you know of Verdun until today? 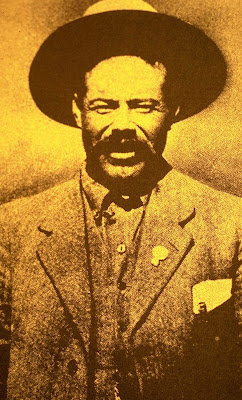 MARCH: Columbus, NM
The Mexican revolutionary Pancho Villa
plus 100 others attacked Columbus, New
Mexico. The reason for said cross border
assault was to secure ammunition in order
to continue fighting back in Mexico. After
killing 18 Americans, burning down the
town, and suffering 70 casualties, Pancho
fled back to Mexico. In retaliation, the
United States sent troops, planes, and
trucks across the border for the first time.
For over a year Pancho battled our forces
and won. To the end this "bandit" eluded
capture by the best of our best. 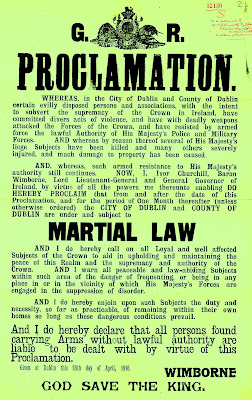 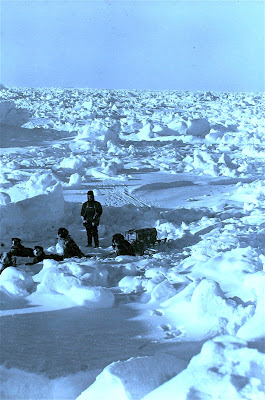 MAY: Antartica
Sir Ernest Shackleton led three major
Antartica expeditions. In November
1915, his ship the Endurance was sunk
by ice, He and his crew camped on a
nearby ice floe hoping it would carry
them an island where supplies were
stored. After drifting along for five
months said floe finally broke in two.
Sir Ernest and his team escaped via
lifeboats. Post five days at sea they
landed on Elephant Island, 346 miles
from their ship's grave. And after 467
days they stepped onto solid ground. 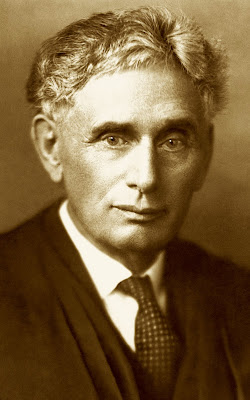 JUNE: Washington DC
Louis Brandeis, a child of immigrants
from Prague, Bohemia was sworn in
as a Supreme Court Justice following
a bitterly contested nomination. "The
People's Lawyer" was a crusader for
social justice. And also the first Jew
to ever sit on America's highest court.
He faithfully and passionately served
until 1939. To this day his arguments
for freedom of speech and the rights
to privacy are considered among the
greatest defenses ever written by any
member of the Supreme Court. 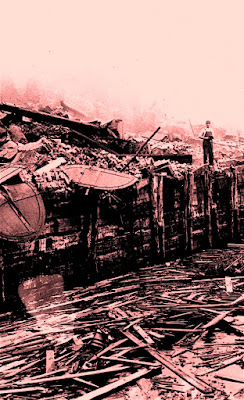 JULY: Jersey City, NJ
One summer night German secret agents
destroyed the Ammunitions Depot based
on Black Tom Island sitting in New York
Harbor off Jersey City. 2 million pounds
of arms, artillery, and TNT awaiting
shipment to Britain and France ignited.
The resulting explosion equaled an
earthquake hitting 5.5 on the Richter
Scale. Felt in Philadelphia, the blast
shattered thousands of windows from
the Bowery to Times Square as flying
debris damaged the Statue of Liberty.
And unbelievably only 7 people died. 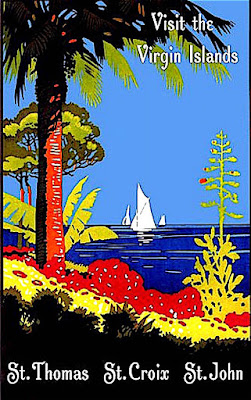 AUG: Danish West Indies
The United States purchased the Danish
West Indies for $25 Million ( $463.5
Million in 2015 dollars.) Included in
said transaction were the islands of
St. Thomas, St. John, St. Croix, plus
an additional 50 more small inlets and
cays. Settled in 1754 - at the time of
the sale their population was 27,000.
Today those same islands are home to
106,405 full time residents. However
over 2.5 million tourists from across
the globe visit them annually. As they
say - location, location, location! 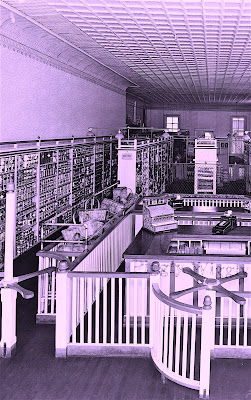 SEPT: Memphis, TN
Clarence Saunders opened his first Piggly
Wiggly store in Memphis, Tennessee. A
pioneer in self-service retail, he patented
his approach and went on to open 1,000
locations nationwide. Prior to his efforts
all groceries were kept behind a counter
beyond the reach of consumers. Hence
one relied on some one else to select
what they considered was best for you
and your family. Mr. Saunders gave us
a faster and easier way to shop. Today
anyone can squeeze their own melons
at over 40,000 supermarkets nationwide! 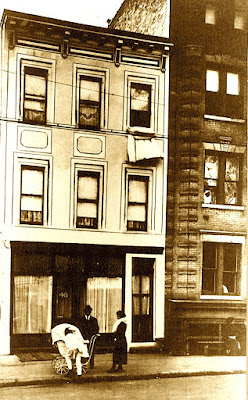 OCT: Brooklyn, NY
On a quiet street in Brooklyn Margaret
Sanger opened the first clinic offering
birth control clinic in America. Nine
days later she is arrested for breaking
the New York State law prohibiting the
distribution of contraceptives. At her
conviction the judge stated that women
did not have "the right to copulate with
a feeling of security." Later in the year,
Margaret published "What Every Girl
Should Know" a guide to sexuality and
menstruation. One hundred years later
Planned Parenthood is still under attack! 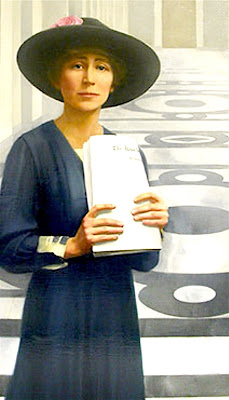 NOV: Missoula, MT
Jeannette Rankin, an immigrant rancher's
daughter from Montana became the first
U. S. Congresswoman ever elected. Thus
in 1918 she was the only woman to cast
a vote for ALL American women giving
them the right to vote via the Nineteenth
Amendment. In 1917 she was one of just
fifty representatives who voted against
the United States entry in the First World
War. In 1940 she was elected to serve a
second term. However as a pacifist, she
cast the sole vote against our  entry into
World War Two. Forever a PIONEER! 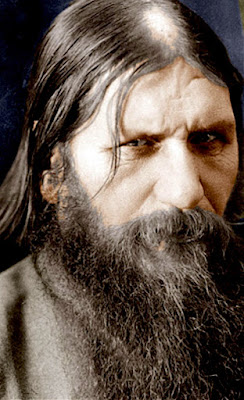 DEC: St. Petersburg, Russia
The notorious mystic monk - Grigori
Rasputin was murdered by a group of
Russian nobles. He didn't go easily.
After ingesting cakes and wine laced
with cyanide, he was shot twice. Still
alive they finally drowned him in the
Neva River. Thus putting an end to
his hold on the Czarina maintained
since 1905. Unfortunately it was too
late. Within four months, the Russian
Revolution was over. And sadly by
the summer of 1918, Alexandra and
her entire family were assassinated.
Posted by montanaroue at 4:00 AM