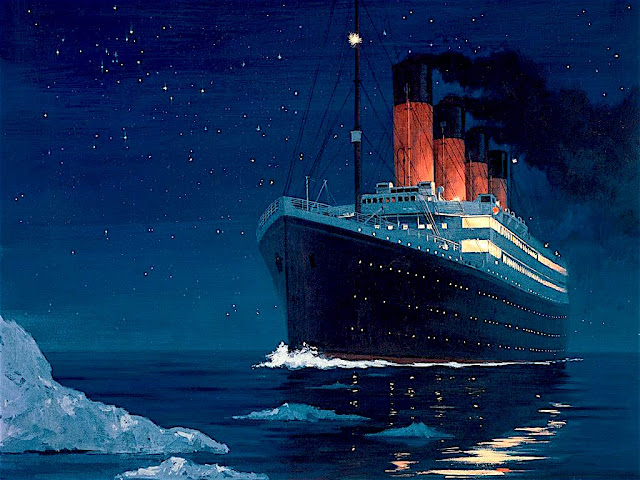 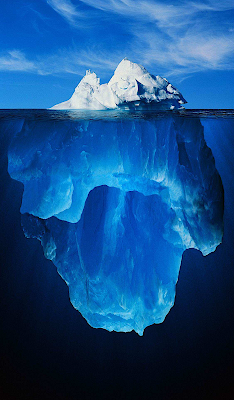 Ice, ice baby
Ice seems to always be someone's enemy.
If it wasn't for that stuff, the Titanic might
have made it to it's New York dock rather
than ending up on the bottom of the sea.
Much like said ship, any of us can have
a chance encounter with the evil frozen
enemy. And much like an iceberg, one
really doesn't know what lurks beneath
waiting to destroy you. Here in Lewistown,
most of us spend the winter worrying about
falling on the ice. And given our repeated
freeze/thaw cycles, the odds are against us.
Chances are at some point you'll slip up! 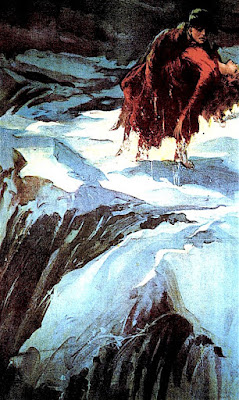 Melt aways
Yesterday we had rather a quick thaw
here in Central Montana. Temperatures
hit the low fifties. And with over a foot
of snow on the ground below and roofs
above, things got messy. A week or so
ago we had a major snowstorm post a
warm spell. The result was at least two
inches of ice clinging to the pavement
and sidewalks. Slowly it's been wearing
or melting away and the resulting ruts
facilitate slip sliding away. Requiring
that as Bette Davis one said, one must
fasten their seat belt for a bumpy ride. 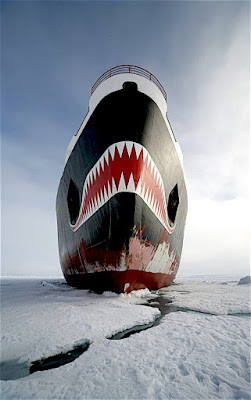 A chip off the old block
Frank and I spent much of yesterday
chipping away at the stuff. Just like an
Antartican Ice Breaker we broke our
way through the top and cleared away
the debris. There was a method to our
madness and soon we got a rhythm to
our removal process. Post several hours
our sidewalks and driveway were once
again within sight. We're hoping that
the temperature stays above  freezing
tonight to insure that nobody literally
breaks a leg. Somehow that's not seen
as neighborly. Did I mention I hate ice? 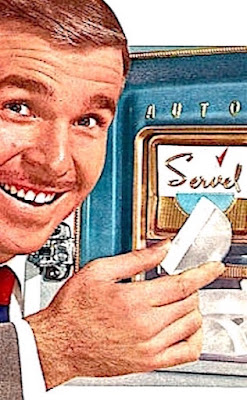 Off the rocks
Well, at least the slippery stuff on the
ground. Truth is I'm an American and
hence love a glass filled to the brim
with ice cubes. Over the holidays our
ice maker broke down (probably from
exhaustion). After waiting a week for
the repair man he finally arrived. Only
to announce that the part required cost
$300 and would take a week or two to
get here. So we've been surviving with
ice from the supermarket. And if I've
learned anything, I can't live without
a cube or two in my brew. Am I frigid? 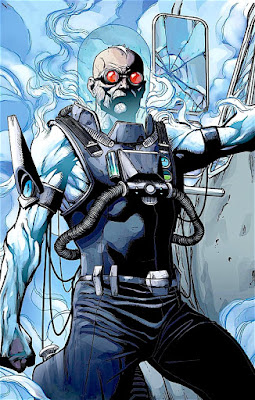 Cold hearted men
Speaking of frigid men, as a boy I loved
Mr. Freeze from Batman. How cool was
he?! When he pointed his blasting gun
everything turned into a scene straight
out of Dr. Zhivago. I was entranced. Yet
living in an arctic blast is not as pleasant
as I thought it would be. It's hard work
chipping away at the elements. While
I really have no desire to be a snow bird,
sometimes I'm tempted to run away (but
carefully, watch the ice)!  At least one
thing is certain, soon spring will come
and we'll all thaw out. In June that is... 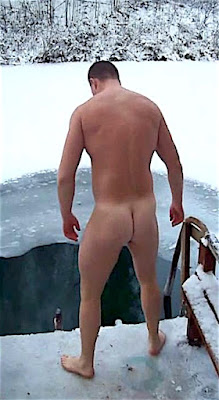 Deep freeze
As most of you know, I've a tendency to go
out and battle the elements wearing as little
as possible. Today it was shorts and a tee
for me while I slowly removed the thermal
frost barrier upon our pavement. Maybe
I should take it all of and simply go off the
deep end?! Many fellow Siberians regularly
plunge into a hole in the ice. Obviously fish
seem to do just fine in their winter form of
semi suspended animation? From what I
understand it's beyond refreshing. I think
I'll let that opportunity slip by... Unless I
fall through the ice. And that could happen!